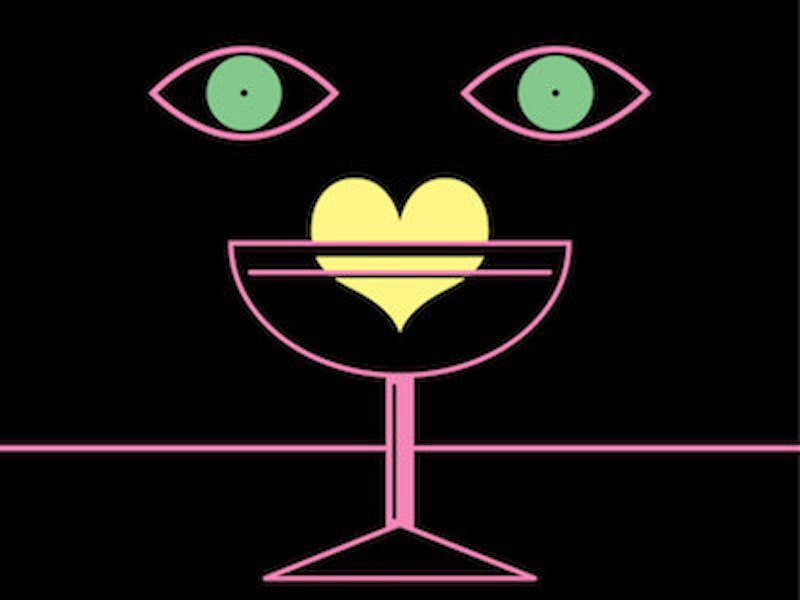 A serialization of the novel The Sound and the Shadows. Last week’s post is here.

The play’s tidal wave of notoriety had pummeled Davy, then ebbed out to sea, casting him on a barren shore. It was noon, the sky had been gray all morning. Now the sun was poking out, but so what? Life was pointless again. Riding high in April, shot down in May.

He’d spent weeks rattling around this foreign house, banging into furniture, bruising his shins, once falling flat on his face, not feeling pain until the following day. Drunk, he’d walk Angel, but where to walk a dog to in this hapless burg? The sidewalks ran around in circles of pathos, a vortex leading to zero. What am I doing here?

It was like what happens to those who’ve won a Pulitzer, a Nobel or the Lottery: after the giddy high, an abrupt descent. Now what? Is this all there is? Cue Peggy Lee.

“Where’d that little sculpture on the dresser come from?”

Esmerelda got out of the bed and didn’t bother with a robe. She returned in a few minutes with a pitcher of martinis and a couple of glasses. She poured two drinks, handed one to Davy, took one for herself. “Be a man? Have a drink?”

Smiling ruefully, Davy drank, a sip, then a gulp. Then off to the races, the glass drained, he poured another, took it in a gulp, then poured a third and settled into the bed after plumping his pillows. He ran a hand over his beard, deep in thought. Or at least he appeared to be deep in thought, but it was just a state of frustration. Not much in the way of thoughts.

She said, “That’s better? I like a man who takes a drink?”

At first Davy’d been dazzled by Ezzy, her voice especially, but everything else too. Lately however, she bugged him so much! She was so grating! Does every sentence need to end with a question mark? And worse, he’d picked up the habit.

I have to get rid of her? I wonder if Helen would take me back? I’ve made a bloody mess of things? We had a good life, but I was a bit of a cad? What to do?

“I know what it’s like to be afraid of a place? I was always afraid, until I met you, darling? I’ll never leave you?” She ran a cold hand over his bare chest.

She’s really getting on my nerves? He bolted out of bed, wrapped himself in a bathrobe, and went to shave his beard off just to have something to do, a break of some sort. The doorbell rang as he was halfway to the downstairs bathroom.

“I don’t know? I haven’t answered the door yet?”

What a moron? Damn her? Her voice is becoming my voice? I hate her? Why did I leave Helen? Helen was perfect?

“Davy! Davy Raboy! Or should I say, Davy Voltaire?”

“Dar... Darlene..?” Knees suddenly wobbly, he braced himself, a palm against the doorjamb, noting how warm it felt, warmer than he’d expected. “Jesus... Darlene... Is it really you? C-can it be..?”

“Davy, I’m so sorry for what I did to you! I did you wrong, but it wasn’t my fault! And I escaped from Harold! Oh Davy, Davy, Davy! I’ve thought about you every day for 20 years!” She threw her arms around his neck, “You’re the only one I ever loved! Please, please, please help me!”

Darlene was still the most beautiful thing he’d ever seen. Ever! A trap door opened and Davy fell, fell for a mile, down a cool coal-black shaft before he hit a trampoline and soared, soared for two miles into the wild blue yonder, orbiting the sun. This was the restart of something big!

“You’ve just got to help me, to help me murder Harold. And my parents...” A police cruiser rolled by. “Why are there so many cop cars around here?”

“Some old bag got murdered last week. Everyone’s up in arms. She was killed in her kitchen, stabbed in the back.”

“No one! Wrong door!” he shouted upstairs. Turning back to the love of his life, he said, “Listen, go back to town. You’ll find the library right there on Main Street. Give me an hour to sneak out of here and meet you. We’ll figure things out from there, darling, darling, darlingest, dearest darling.” He held her, hugged her tight, so very tight. Their mouths met. He smelled her, she still smelled just as delicious as two decades ago. They looked into each other’s eyes and he drank that cool and limpid green again, flecked with yellow and cyan, those eyes a universe unto themselves. “Oh, Darlene, I never stopped loving you either!” He hugged her with all the weak might he could muster, laughed, then said, “You are the love supreme...”

“Who’s that woman? Is it that Esmerelda? Ooh, I hate her! Are you married to her?”

“No, we’re not married, although the idiots around here believe we are. Buckeyes will fall for anything. I’ve never lived in a place where people are so dumb—except the Adirondacks. And Florida. How do you know so much about me? How did you find me?”

“YouTube. I stumbled across some clips while I was searching T.S. Eliot. I found you, and I knew I had to really find you, for real, in real life. So here I am!”

“Go to the library. I’ll join you soon.”

Another cop car passed from the other direction. Davy kissed Darlene once more and shut the door. He leaned against it, panting. He went to the downstairs bathroom, hacked away at his beard with a scissors until it was short enough to shave, then he shaved. Once, twice, thrice. And when he was finished, he shaved again for good measure. A cold shower followed, to sluice the stirred-not-shaken martinis out of his system. He dressed in a pair of gray flannel slacks and a blue button-down Oxford cloth shirt, a navy blazer and a pair of black penny loafers. To hell with that stupid jump suit. Oh, to hell with Evendale and Esmerelda and the entire goddamn state of Ohio! To hell with everything on God’s good green marble but Darlene! Yes indeedy, I’d be delighted to assist in the murder of Harold! And Mummy and Daddy! Lemme at ’em!

And then he realized he was no longer thinking in upticks! He was thinking like a man!

Davy slipped out of the house without telling Ezzy, jogged along the sidewalks, sunlight blaring, stinging eyes made red by gin. He made a right onto Main Street, trotted a few blocks downhill, and then sprinted up the stairs into The Robert Taft Memorial Library, his eyes adjusting to the interior gloom. He didn’t see Darlene.

Davy sat down at a table facing the door with a copy of The New York Times. He fixed his eyes upon the entrance, occasionally pretending to read. At five o’clock, closing time, a librarian, a precisely polite young man in Russian naval sweater asked him to leave.