Misanthropy is Out of Fashion

I keep searching the Internet for scientific support for the anti-racist position. 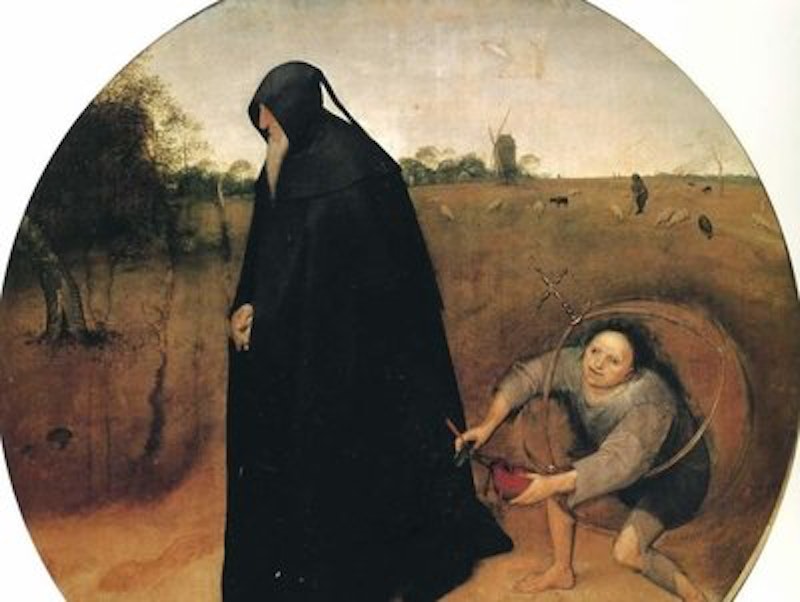 Misanthropy is out of fashion. It’s odd, because there’s never been a better time to reflect upon the innumerable failures and deficiencies of the human species. Critical thinking is in short supply these days, and I suspect that a lot of that is due to the deliberate promotion of nonsensical ideology related to race and gender perpetrated by the globalist disciples of Franz Boas, ersatz anthropologist Margaret Mead, propagandist Edward Bernays, and the Frankfurt School. I keep searching the Internet for some scientific support for the anti-racist position. There isn’t any. People evolved in different regions and developed different skills. Find me a Norwegian who can run like a Kenyan.

There were three great dystopic novels that clearly delineated the arc of the 20th century. Two are very well known, and promoted by higher learning institutions all over America: George Orwell’s 1984, and Aldous Huxley’s Brave New World. In reading them, one cannot help but see that in the post-WW2 era, they’ve been used as guidebooks to the Eastern and Western versions of totalitarian rule. 1984 is the drab brute force Soviet/Chinese model, and Brave New World is the all-singing, all-dancing New Age technicolor pharmaceutical Western model.

The third great dystopic novel is not promoted, actively suppressed as “anti-Semitic propaganda”: The Protocols Of The Learned Elders Of Zion. It can’t be attributed to a single author, as it derives from several texts. It was originally an anti-Masonic tract, aimed at the defunct Weishaupt Illuminati, an organization that dissolved into schism upon the death of its founder in 1838. The final version, reprinted by Henry Ford, based its conspiratorial pitch on the nascent Zionist movement. It’s completely consistent with the Tanakh and the Talmud, and presents Jewish Supremacist thinking as effectively as The Turner Diaries presents the thinking of American neo-Nazis.

All three of these books describe tactics and strategies that were in play in the 20th century before, during, and after WW2. Most people recognize the techniques of social control described by Huxley and Orwell. They’d recognize the techniques described in The Protocols, if the book were as readily available as the other two. The Holocaust narrative effectively immunizes the Jews from criticism. Any discussion of Jewish organized crime or racism can be shut down by invoking the Nazis, which is weird considering NSDAP’s uncompromising alliance with the Zionist movement.

Until very recently, discussions of Jewish power were strictly forbidden in European and American media. The Holocaust remains an article of faith, the only sacred narrative left in the West. The Nazi persecution of the Jews has replaced the Passion of the Christ as the Axis Mundi of human suffering and sacrifice. As with the Passion, there’s no forensic evidence that the event actually took place. That’s not to say it didn’t happen. People see UFOs and weird cryptids all the time. The absence of forensic evidence doesn’t mean that they don’t exist.

It doesn’t help the case that so many eyewitness narratives are blatantly bogus, from The Diary Of Anne Frank (written in ball-point pen by Meyer Levin, who received a court award of $50,000 for his efforts from Otto Frank) to Elie Weisel’s Night, with its innumerable contradictions, to the absurdist constructs involving examples like a woman swallowing diamonds and fishing them out of her own feces over and over again, hiding from the Nazis while being raised by wolves, and having apples tossed over the camp fence by sympathetic future spouses. It’s now known that the “confessions” extracted from Nazi officers at the Nuremberg trials were obtained by torture. Rudolf Hoess, commanding officer at Auschwitz, had his testicles crushed. I’m sure I’d confess to anything with my balls in a vise.

The Simon Wiesenthal Foundation had an interesting response to President Trump’s Holocaust Memorial Day speech, in which he referred to “the Eleven Million innocent victims of the Nazi Holocaust” without specifically referencing the Jews. They said that they “made up” the extra 5,000,000 to beef up sympathy among gentiles, deliberately choosing a figure slightly lower than the magical 6,000,000 number so as not to diminish it.

That’s a fascinating admission. I’m not saying the Holocaust didn’t happen, I have no way of knowing, but all manner of hell would break loose if it ever came out that it was a lie. If you take the Holocaust out of the history and those famous “death camps” are reduced to deportation camps, what do the Nazis become?