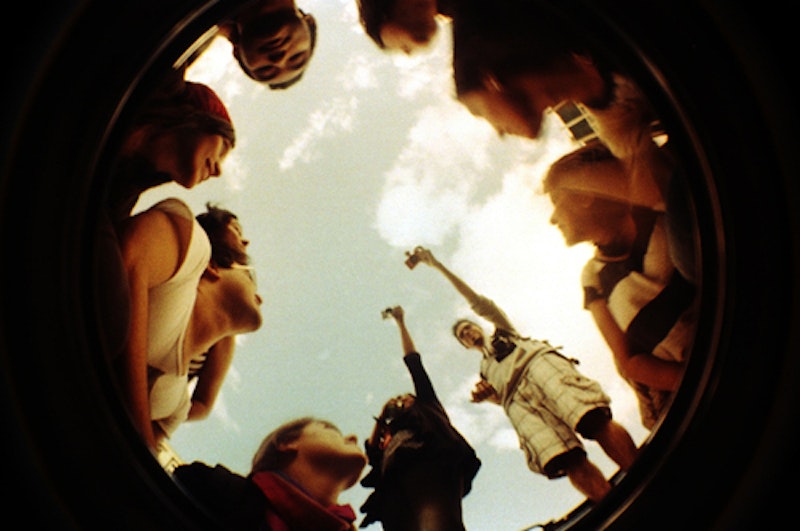 One of the biggest hurdles I’ve faced discovering my gender identity is whether or not I experience enough gender dysphoria to be considered transgender. I’ve never thought of my penis as a foreign object that wasn’t supposed to be there, and I've never had dreams of myself as a girl, but I've always had a lingering feeling of femininity deep inside. As any skeptic knows, you’re not supposed to base your beliefs on feelings alone, which is why I mostly call myself genderqueer just to be on the safe side. I don’t want to co-opt someone else’s struggles just to be a hip and cool transtrender.

Recently, however, I read a blog post by trans writer Zinnia Jones that explains how not all trans people experience extreme body discomfort. In her case, she didn’t realize she had dysphoria until she started HRT: “I didn’t realize that I was experiencing the mental effects of dysphoria—in my case, flattened and irregular emotions, irritability and high levels of daily stress, a general feeling of hopelessness and pointlessness to life, and a kind of depersonalization/derealization that left me feeling displaced and disconnected from the world. Because I had been feeling this way my entire life, I didn’t know that this wasn’t normal for me or that it was possible for me to feel otherwise. When I started HRT, I experienced a lifting of these symptoms within a week or two—and the difference was nothing short of miraculous… It made me feel like myself for the first time, and being myself was finally a good thing.”

I know those feelings of emotional irritability and depression. They reached a peak in high school when I was cutting myself daily just to feel some relief. I thought maybe Christianity had the answers, but its patriarchal values only made things worse. It got better after I left the religion, but I still felt like something wasn’t right.

Through Tumblr, I realized gender doesn’t have to be a strict binary, and I began exploring my own identity. The more I presented as feminine, the better I felt. But does it mean I’m trans? I could just be gender non-conforming since I still don’t feel the need to have surgery. But then again, the DSM-V describes gender dysphoria in a way that includes non-binary people since it refers to “an alternative gender different from one’s assigned gender,” rather than only the “other gender” in the binary. Or at least that’s how gender therapist Christina Richards interprets it.

But is that just cognitive bias? Am I cherry-picking the texts that confirm my pre-existing beliefs?

The last time I talked to my gender therapist, I asked if dysphoria could be a still, small voice. She said yes. Maybe she’s right. Maybe gender dysphoria doesn’t have to be fear over genitals. Maybe it’s feeling ashamed to be seen bare-chested as a child. Maybe it’s feeling uncomfortable with my hairy hands. Maybe it’s seeing girls wear t-shirts, shorts, and flip-flops, and having panic attacks because I wish I were that comfortable showing my body. Maybe it’s working at a shoe store in my 20s and wanting to wear the women’s shoes. Maybe it’s driving down the road and suddenly wondering if I’d feel better about my body if I had a different anatomy. Or maybe it’s having uncontrollable shakes as a lover touches me down there.