Catastrophist Pundits and My Guns 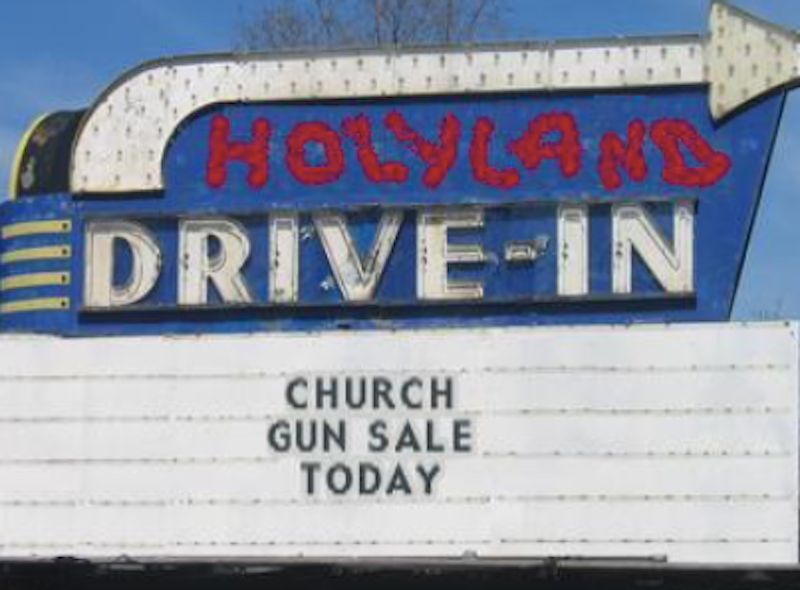 There’s been another outbreak of catastrophism in the upper echelons of paleoconservative punditry, as well as in the punditry of what we might call “paleocon-adjacent” professional opiners.

We’re all doomed. The coronavirus is going to ravage us. Violence and economic cataclysm are certainties in the near-term. The sun will shine coal-black in the sky, consistent with ancient prophecies. We and our children will die violent deaths before this historical moment fades away.

This catastrophism that I often see among thinkers of roughly my own ideological ilk (we must police our own!) is interesting to me. Not only because of how historically presumptuous it is, but also because catastrophism is a “cognitive distortion” that indicates a wider psychical disorder on the part of the person who participates in it. That it now represents a framework for commentary and finds itself rewarded (with Twitter huzzahs, with clicks) says something about our media culture, lending support to the thesis that the online mediasphere is disproportionately the province of the emotionally and mentally disturbed.

As I’ve said before, it would be useful to know something about the psychic health of our pundits and media figures, given their role in pumping ideas into our collective consciousness. How many have been in therapy for prolonged periods of time? How many suffer as adults from post-traumatic stress disorder as a result of having experienced significant bullying as children? How many use antidepressants or anti-anxiety meds? How many of them experience sexual, gastroenterological, or sleep problems? And so on.

Anyway, last week I was thinking about how well our rural Benedict Option homestead is prepared to secure itself in the event of the total social breakdown that our catastrophist pundits (see above) like to foresee.

An inventory of Brother Aiden’s and my weaponry produced the following, all lined up neatly on the floor of the little outbuilding we call our granary: one Remington Model 700 SPS compact bolt-action rifle; one Browning X-Bolt Stalker long-range rifle; one Beretta 686 Silver Pigeon shotgun; one Weatherby SA-08 compact shotgun; one Beretta 92X full-size semi-automatic pistol; two Smith & Wesson M&P M2.0 full-size pistols; plus the Pietta Model 1851 black-powder revolver that Mother inherited from an uncle and that she has used from time to time dissuade racoons from our compost heap.

A fine little armory, and one that should keep our property unsullied by brigands in the event American society suddenly reverts to Bronze Age conditions. Which, I should state, I don’t foresee. If anything, I suspect that we’ll be living with our undead neo-liberal American empire for ages to come.

Now, I have no affection for guns and would prefer a society in which they’re tightly regulated, even to the point where their ownership by citizens is limited to hunting weapons. But such a society presupposes a government that one can trust and rely on, one that works to preserve the common good, on the basis of a set of accepted values and cultural suppositions. That is not our government (though it is the Russia Federation's—a topic for another time). So the dismal case can be made that we citizens are morally licensed to arm ourselves, each of us our own little mercenary, authority, and god in a sick and atomized society.

On a happier note: I greet my Russian Orthodox brethren on the happy occasion of the Feast of Saints Yaropolk, Stepan, Macarius, Igor, Methodius, and Juliana! O how convivial are our blessings!