The etymology of Union Square, and other NYC neighborhoods, is more pedestrian than you think. 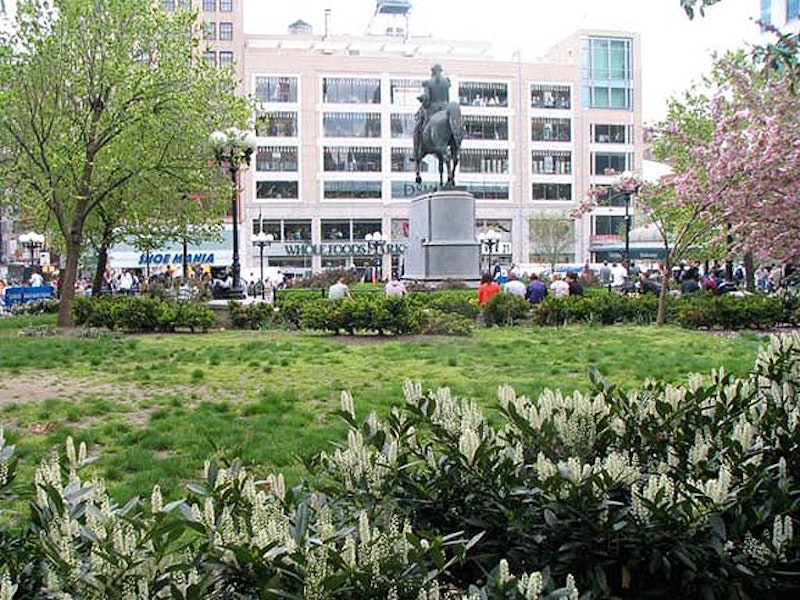 New York is a city of neighborhoods, many of which have names that are taken for granted but have colorful origins. In many cases, such as the Garment or Meatpacking districts, neighborhood names come from activities and businesses that have historically been a part of the landscape. Others are named for persons that played a large role in the area’s history, and still others have their roots in New York’s Dutch or Native American past.

The neighborhood in the immediate vicinity of Union Square takes the name of the park. Many people think its name refers to the Union of the Civil War or to the trade unions whose gatherings eventually took place there. But the real history is much more pedestrian.

In the early-1800s, the area sat near the junction of major thoroughfares in New York: the Bloomingdale Road, or the Post Road to Albany, and the northern part of the Bowery Road, the Post Road to Boston. The land served time as a potter’s field and a place for squatters until surveyors creating New York’s modern street grid reached it in 1815. At this point, the land was set aside in its current configuration for public use, and was named Union Place. Why? Because it was near the union of so many key roads. After a short stint as Union Park, the name Union Square was settled on by the 1870s. 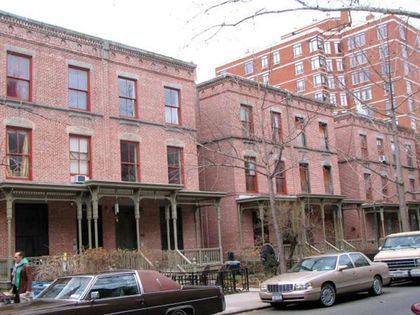 Of all of Manhattan’s early uptown villages, Harlem has survived most famously in the public imagination. As early as 1658, Dutch farmers had established a settlement there, ultimately supplanting an earlier Native-American settlement that had sprawled along the Harlem River, where the E. 110s and 120s are now. Their village was named Nieuw Haarlem, after the Dutch city just west of Amsterdam. After New Amsterdam became New York, the name stuck. Today, the neighborhood of Harlem runs from Central Park on the south to 155th St. on the north. East Harlem runs from the East River west to Park Ave., while Central Harlem makes up the area between Park Ave. on the east and Morningside and St. Nicholas parks on the west.

There’s a section of Manhattan sporting winding, quiet streets, country villas, and gently sloping hills a lifetime away from the traffic-choked gridiron of central Manhattan. It’s not Greenwich Village, and it’s certainly not Central Park. In fact, it’s not on the island of Manhattan at all, yet it’s still in New York County, otherwise known as Manhattan.

In a little-known quirk of geography, a small piece of the borough of Manhattan, known as Marble Hill, is on the mainland of North America. It’s surrounded on three sides by the Bronx proper, and on the south by the Harlem River. It shares its character with the Bronx neighborhoods of Kingsbridge and Kingsbridge Heights on its north and east. It’s protected from Spuyten Duyvil, on the west, by a steep hill.

Marble Hill is legally part of Manhattan. The neighborhood was displaced by the transformation of Spuyten Duyvil Creek into the northern end of the Harlem River to shorten the journey of large ships moving cargo from the Erie Canal to Long Island Sound. Marble Hill briefly became an island until 1916, when it was joined to the mainland by landfill. The neighborhood’s name was conceived by resident Darius C. Crosby in 1891, because of the plentiful local deposits of dolomite marble in Marble Hill and its former neighbor, Inwood. 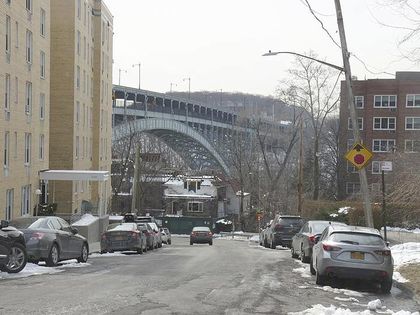 This Bronx neighborhood tucked at the confluence of the Harlem and Hudson Rivers near the Henry Hudson Bridge has been known as Speight den Duyvil, Spike & Devil, Spitting Devil, Spilling Devil, Spiten Debill and Spouting Devil, among other spellings. In Dutch, “spuyten duyvil,” the mostly accepted spelling these days, can be pronounced two ways; one pronunciation means “devil’s whirlpool,” and the other means “spite the devil.”

In Washington Irving’s satirical early history of New York, a Dutch bugler vows to swim the turbulent waters of Spuyten Duyvil Creek where it met the Hudson during the British attack on New Amsterdam in the 1660s “en spijt den Duyvil,” or “in spite of the devil.” The Lenape Indians inhabited the land for hundreds of years before Europeans arrived; they called the banks of the creek “shorakapok” or “sitting-down place.” After a few hundred years, that name has been pared down and exists as a street name: Kappock (pronounced kay’ pock).

In the early-20th century, Spuyten Duyvil Creek was dredged and made deeper in to allow commercial vessels to access the Hudson River via the Harlem River, which took over the creek’s route. This process first made the Manhattan neighborhood of Marble Hill an island (see above), and later part of the mainland—the only bit of Manhattan found there. 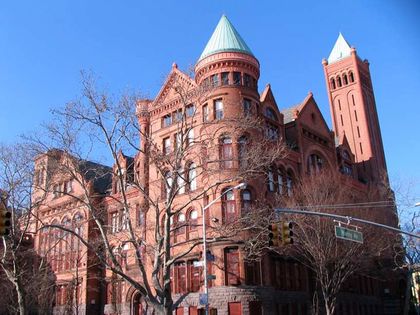 Bedford was a Brooklyn farming community first settled in 1677 by British governor Richard Nicolls, who founded the settlement at the junction of two former Indian trails, naming it for the town in south-central Britain. After the Revolutionary War, Bedford was gradually divided into lots and houses began to appear, though farmland hung on in some areas until after the Civil War.

The Lefferts family were prominent residents; by 1838 the Lefferts had sold the land later known as Weeksville to free Black Henry Thompson, who soon sold it to James Weeks. The opening of the Brooklyn elevated trains on Lexington and Myrtle Aves. in the 1880s provided a new building boom; the last two decades of the 19th century and first two of the 20th century gave rise to the vast area’s distinctive brownstone architecture.

The coming of the IND subway (today’s A and C lines) in 1936 increased the population, encouraging African-American migration from Harlem and the U.S. South, as well as immigrants from the Caribbean. Gradually, Bedford and the neighboring community to the east, Stuyvesant Heights, came to be referred to as one large neighborhood, Bedford-Stuyvesant. Today, the neighborhood stretches from Classon Ave. on the west to Broadway on the east, and from Flushing Ave. on the north to Atlantic Ave. on the south. 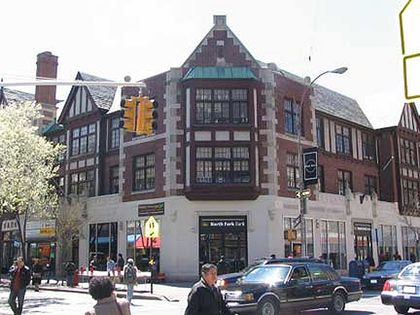 Though Queens has been largely ignored by NYC’s Landmarks Preservation Commission, the magnificent garden apartments of Jackson Heights are an exception. Today’s Jackson Heights is a neighborhood of handsome six-story co-op apartments, most of which surround a central garden. They appeared, seemingly out of nowhere, beginning in 1914, when the entire area was not much more than a swampy meadow. The Queensboro Corporation and developer Edward MacDougall built now-landmarked housing along today’s 82nd St.; the area became known as Jackson Heights after John C. Jackson, who laid Jackson Ave., now Northern Blvd., out across the meadow beginning in 1859. Today the area is bordered by Roosevelt Ave. on the south, Astoria Blvd. on the north, the Brooklyn-Queens Expressway on the west, and 94th St. on the east.