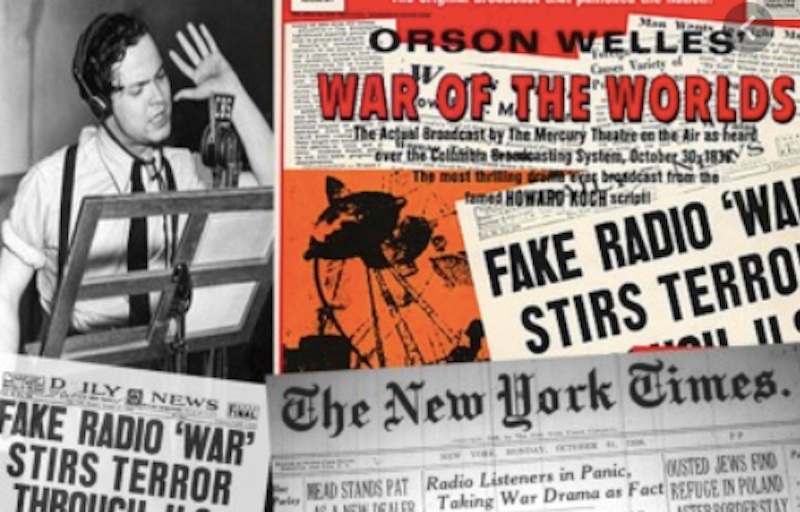 Some years back The History Channel ran a show featuring an interview with one of Hitler’s secretaries. The elderly frau wasn’t good at hiding the fact she still held the man in a certain amount of awe. “He had a sense of humor; he loved jokes,” we heard—followed by a grave shift in tone, “but never political jokes.” It sounded like a wholesome Teutonic laugh was spoiled for his righteous highness if an unwelcome barb lay lurking in it.

Whether it was honest ignorance or willful deception the lady had it wrong. The Nazi leader’s reading habits tell us differently. He regularly pored over Der Sturmer, Julius Streicher’s pornographic anti-Semitic weekly—a kind of genocidal Mad magazine. The broadsheet was so tawdry and vile that Alfred Rosenberg, editor of the official Nazi organ Volkischer Beobacter—and a party member before even Hitler himself—would discipline staff members caught reading it. The most depraved political humor imaginable was fine with the fuehrer—as long as it was pointed toward approved targets.

Fanatical ideologues frequently have less tolerance for a terse one-liner than a scathing tome. Both Trump and his enemies have taken many more lumps from clever single-paneled cartoons than the best 800 words any op-ed has delivered so far. Jokes make people think in ways speeches seldom do. It’s rarely necessary to read an entire article from The Onion or The Babylon Bee—they nail it with the headline. But getting straight to the crux has its risks. A recently circulating meme: “How many of you are thinking, ‘Should I stop publishing my ideas online to save my job?’” If you’re not very funny you’re probably safer—wisecracks wide of the mark tend to backfire or go unnoticed. Who needs to censor an enemy sounding like an idiot?

Facebook has claimed in the past it must obstruct sites like The Babylon Bee because too many of their users are too dumb to get jokes. Hitler and company—at least tacitly—admitted they were afraid the masses would get the punchlines fired their way. Propaganda was a younger art at the time and even diabolical savants were naïve in it. The proposition that social media hierarchy is less candid than Goebbels’ ministry was isn’t so easy to dismiss. Whatever they actually thought, it never occurred to the Nazis to publicly call those in their thrall stupid. When media executives display more contempt for the state of public awareness than the Third Reich it’s worth our attention.

Nobody’s fooled when the laughs hit too close to a website’s dogmatic home for comfort. Everybody knows a dumbass scares them a lot less than a smartass. Software engineers are out of their depth, almost to a man, sounding sharp in English or any other spoken language. An eraser is the deadliest rhetorical weapon they can wield.

It’s optimistic to believe the double-standards can’t go on indefinitely—we can almost hear Silicon Valley management murmuring under its breath: “Why can’t they?” Freedom of communication is the skirmish line of the 21st century. Things have already proceeded far beyond verboten witticisms on social media. The immoderation of moderators on website comment sections reached Soviet proportions when President Obama was still getting used to the décor in White House bathrooms. And, before anybody gets too First Amendment high and mighty, all of those “moderators” were not in the Obama camp.

The range of objects too sacred for a well-honed quill’s ridicule spreads like a highly contagious disease. Fear of painful facts, statistics and punchlines dwells in the soul of the human propensity for self-destruction. Why do powerful institutions so often endeavor to suppress ideas that are clearly true? Or even false, for that matter? How can we begin to contend with a notion that, however malignant, a distant professoriate has the physical means to deny a hearing? When any entity has such a power within its grasp the malignant ones might easily prevail. They certainly do in much of Europe and Asia and have for generations. If there’s really more than one reality where does that leave the human race? Do the various demographics wake up to different dawns?

It’s tiresome going over the anti-human-humanitarian schemes that were once given sanction by the very institutions in supposed fear of toxic ideology today. Eugenics certainly wasn’t spawned in working class taprooms of the early-20th century. Wasn’t it, rather, all the rage during high tea and sherry in the uppermost reaches of hackademia? Likewise, Jim Crow legislation didn’t erupt out of any cracker clamor. As C. Vann Woodward points out in Tom Watson: Agrarian Rebel, when the Populist Party tried to enfranchise blacks and fight lynching in the 1896 election, Democratic leadership went full KKK. The Deep South still hasn’t recovered.

The high priesthood blessing this carnage, Robert McNamara, Henry Kissinger, Madeleine Albright, Condoleezza Rice, et al, enjoyed deference from the press, in real time anyway, many a president was jealous of. Nothing induces quite as indignant a sniff from professorial circles of diplomacy than the idea Joe Six-Pack should dare chime in on international affairs. But word from Wall Street is always welcome at Foggy Bottom—could there be any connection to this input when things go boom afar?

Major media and the experts are never ahead of the curve; look at the Millennial mortgage crisis. But even if they were, putting the rest of us on stifle like Edith Bunker, can only fly for the most ovine. The idea is vintage 20th European totalitarianism. The ones buying must be descended from those who really believed Martians had landed when The War of the Worlds hit airwaves in 1938.

The best example of this is the practical volte face on police abuse. It’s an exaggeration to say the matter got zero coverage from the major establishment organs as events unfolded. But many alternative sources, presently under siege from Silicon Valley oppression, were on it in ways that render the so-called “pros” oblivious by comparison.

Alex Jones, of all people, had a section on his site called “Police State” for years. It held hundreds of videos documenting outrageous treatment of the served and “protected.” Black victims featured very prominently and their mistreatment was not downplayed.  The section was abandoned about the time Jones joined the Trump camp. Others, like The Free Thought Project, The Rutherford Institute, Reason, PINAC etc. have stuck to their guns. The so-called “professionals” in media treated police abuse like an aberration and covered related events sporadically—when noticed at all. Thousands of recorded videos from the above listed sources, and elsewhere, never got any mainstream play. And their victims were generally far more innocent than today’s media beatified martyrs—Breonna Taylor a salient exception. Now that “bad cops” are an “in” subject, establishment media feeds on them like hyenas on a lion kill—and continue to get it wrong without exception.

The cases stirring most of the buzz on the subject today weren’t put forward by the fourth estate. The man on the street with a cell phone and access to social media is the primary source. Big league media’s editors and experts had to follow the lead of laymen on laptops to spot anomalies in the Killian documents. The official truth industry has been called out again and again in recent years for its amateurish credulity. Any person, group or organization placing high value on the truth must concede that people without press cards or so-called qualifications are indispensable.

The biggest question in media today is whether or not the undeserving masses can ever hope for a descriptive entity in reach that gets details and priorities anywhere close to right… and be around long enough to keep us informed. That dream isn’t loaded with promise. When the Internet began to amass troves of documents in the mid- to late-1990s a search would often produce a chaotic overload. But you could also learn many new things combing through it. Powerful societal forces began to suffer embarrassment and public compromise from records that had been recondite. Those days are behind us. Data mismanagement wants the straight dope back in the vault.

New, improved Google searches can turn up pages of dull redundancy skewing things just so for the info overlords. The chasm between what’s characterized good or evil has reached proportions reminiscent of organized religious dogma from the pre-enlightenment. Public statements shooting for nuanced precision can end in drastic consequences.

On July 21st Rod Dreher posted on his blog: “Today I have discovered that Google’s search engine has somehow suppressed not only this blog, but a number of conservative blogs and websites.” It might be accidental; the sites he mentions were back to the top of the first page of hits one day later. But we’ve seen this frequently before now. The Religion of Peace, a site covering Islamic events somewhat unflatteringly, was once the first hit on a Google search typing in those keywords. It disappeared from Google searches—while remaining first on Bing—for at least six weeks. As of this writing it comes up page two and 15th on list.

Silicon Valley is toying with the Greeks at sea level like the gods on Mount Olympus. The rise of Google and other mob families in the syndicate was rapid and devastating—but it was never inevitable. Boycotts, canceling, censorship and snubs can work in more than one direction. The nerds who took plutocratic high society by storm are hip to Canada Bill Jones’ joke—but the social schlemiels never get their punchlines right—they’re not the only game in town.