Breaking Up With Family Members

The opposite of “putting the fun in dysfunctional.” 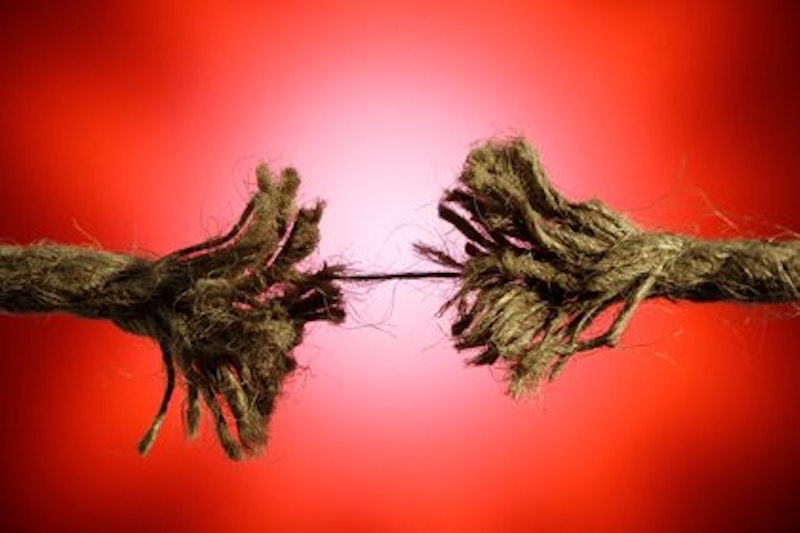 If there’s one thing you should never write about, it’s family members. Seriously, your personal life has boundaries, and you should respect the privacy of people who have the misfortune of being related to you.

Unfortunately for them, I write about my life for a living. And I’ve always been lousy at any kind of boundaries. This has been weighing on my mind for a long time, so out it comes, in that emotional way writers have of preferring things to hurl out rather than stay in and fester.

We all know that the saying about choosing friends and not family members is true. I’m sure many if not all of us have experienced “the estranged family member.” In my own family growing up, we had an uncle we basically didn’t speak of; we vaguely knew there was some brouhaha between my dad and his brother or my aunt and my mom, no one really knew or cared what it was anymore. You see them and act awkward at the family funerals. Life goes on. Seems like there’s always some aunt or another in a family who doesn’t show up for a wedding because of so-and-so that happened however many years ago.

So although I think this kind of drama happens in families everywhere, it’s no consolation for the fact that it’s happened to me recently with two family members who were actually quite close. Without being too specific and setting off family fireworks, let’s just say I’m not talking about distant cousins.

In one case, Jesus got in the way. The family member (we’ll call her Agnes) converted to some kind of massively Jesus-loving Bible-thumping religion where you’re either saved or you’re going to hell. Apparently, I am neither redeemed nor worthy of heaven. Agnes feels people in our family should be saved, and she can’t stand the fact that our unknowingly Satan-friendly family is headed straight for hellfire and damnation, so she really can’t interact with us. I don’t think anyone is sad about this, because being around her and her crowd amounts to having Dana Carvey as the Church Lady actually come to life and suggest Satan is behind everything you say and do.

In the other case, an issue arose involving my children and my natural tendency to protect them. Words were exchanged and I didn’t see any possible resolution on the horizon. The loss of the relationship, one I thought was one of my life’s closest, is beyond devastating, but I will always choose my kids and what’s best for them. The family member and I aren’t speaking and vacations and holidays have to be changed and I guess I’m going to be that so-and-so aunt that doesn’t show up, and I’ll get blamed though I will continue to honestly believe I didn’t do anything wrong. I’m not saying I can do no wrong. I’m the first one to admit I fucked up and apologize when I have done something wrong. It just didn’t happen that way this time.

It could easily be argued that the common denominator in my two family break-ups is me. Fairly noted. There’s no doubt I’m an outspoken, stubborn, sometimes bitchy person. We all have faults. It could be that since I turned 45, I’ve decided I just don’t need to purposefully put myself in situations where I’m unhappy or feel unwelcome. I can’t keep the peace. I can’t change anyone. People aren’t going to change, and that’s fine, because that’s life, but I don’t have to elect to spend my time with them.

And the awkward funerals will come, as I guess in families they always do.