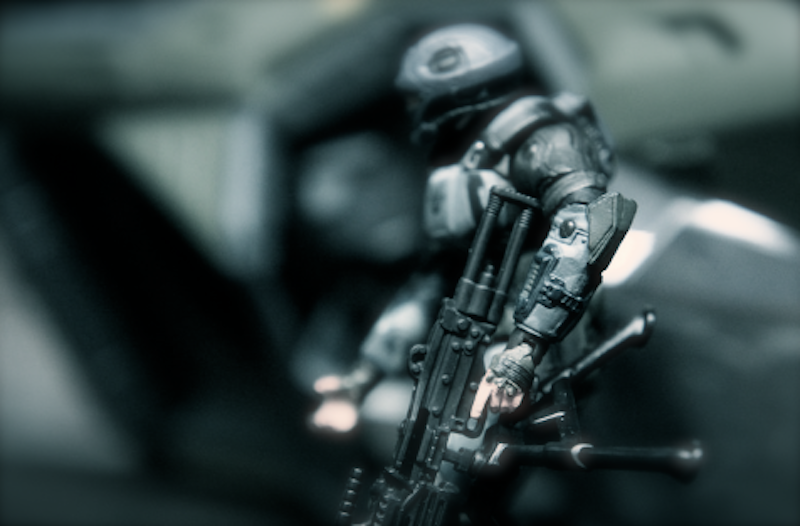 FADE IN: SchemeBlasty and SephirothGothVII, Halo 3 Master Chiefs, on the battlefield in media res. Rooster enters.

Rooster: Why do you fight? How?

SchemeBlasty: We just lost the VIP round. But hey, SephirothGothVII just got an apprentice graduate, so things are looking good.

SephirothGothVII: I didn’t think I was going to make the passing grade, but thanks to SchemeBlasty, I learned the teabag. Thank you.

Rooster: If everyone is Master Chief, is there any… Master …Chief?

SchemeBlasty: It’s true, it’s true. I found him on an alien planet, brought him into our Master Chief realm. People push him around, treat him like shit, spit on him, but hey, he’s learning, he’s learning.

SephirothGothVII: Call me the arbiter.

SchemeBlasty: Yeah, call him the arbiter. He’s trying so hard to get in our realm, our level of combat, so so hard. Now he’s an apprentice…

SephirothGothVII: Honestly I’m part of the covenant. I surpass all of you in the realm of the world. You are just human fools. I am trying very har- nicely, to be a part of… your little thing you got going on here. As a covenant elite, I must say, you are… scum, and I will destroy every last one you, dance upon your corpses, and sacrifice them to my God.

SchemeBlasty: Haha, not me, right…?

SephirothGothVII: No, definitely not my SchemeBlasty. I have special plans in mind for you.

SephirothGothVII: Let’s just say that it involves some probes. One of the past times of the Covenant race.

SephirothGothVII: I don’t care about rank. Truth is, when I find the right corpse, I will embower it.

SephirothGothVII: Embowering the flesh of the sneeds. Every sneed will fall prey to my gliporal.

SchemeBlasty: Ahh! SephirothGoth, he’s such a joker, that alien elite, but seriously he’s just trying to become a private, that’s all I’m trying—

SephirothGothVII: I know how to mee-lay. I have done this before. I will do it again. If the time is right, I will find a way.

SchemeBlasty: …He really just loves to joke around, scampering around the corridors of our institute.

SephirothGothVII: You have seen the corpses I have desecrated.

SchemeBlasty: …That’s not what we’re talking about, Sephiroth. What I’m saying is that you’re trying to become a private, that’s all. Everyone just wants him to be a part of the race, that’s—

SchemeBlasty: Anyway Rooster, thanks so much for talking to us for Splice Today, we’ve got another trainee match coming soon to see if Sephiroth can become a private. He has nothing to do with corpses and probing. It’s all jokes. He’s just kidding around, he’s an alien, having a good time with humans, you know?

Rooster: What of Gaza?

SephirothGothVII: I don’t choose sides. I look at the screen, and when I see the color I am, I accept it and I know that I was born that way.

Muffled distress signals over their headsets blare as we FADE TO BLACK.