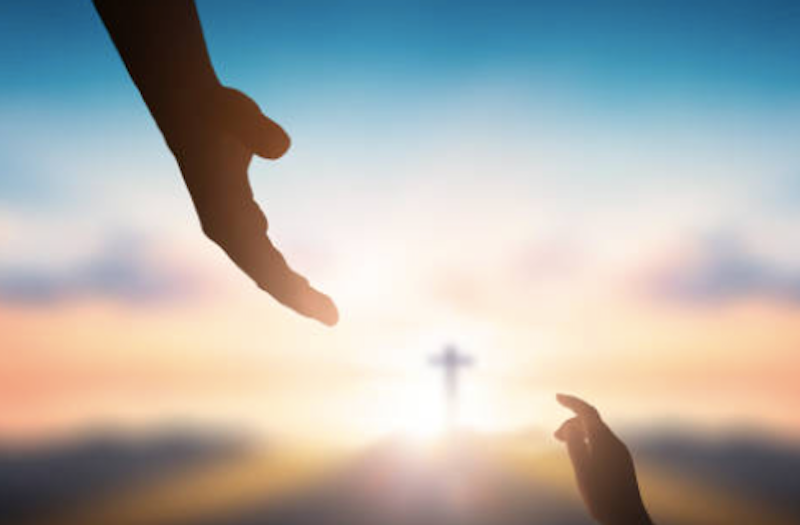 I believe in God. I don’t try to intellectually understand it, but trust my feelings and intuition. I’ve tried on occasion to give concrete form to my religious beliefs, going to church services of various denominations. The ones I liked best had the most music and greatest number of attractive women among the faithful. But in these churches I always felt like an interloper. I don’t feel comfortable in groups, and always felt like the priest was staring at me. I could never figure out when to stand up, sit down, respond to the priest and didn’t like singing the hymns.

However, I’ve always wanted a direct relationship with God. My mother was a Catholic until she was 16. She was pious to the point of fanaticism until, one day while eating a hotdog after school, realized it was a Friday. She was taught by the nuns that eating meat on Fridays was a mortal sin. She stopped chewing, froze in her tracks and looked down at her feet waiting for the ground to open and be swallowed up by the demons in hell. It didn’t happen. She felt lighter than air as she skipped home savoring her afternoon snack, and then stopped going to church. Later, after reading Albert Camus and Jean-Paul Sartre, she insisted that her three children be spared a religious upbringing. But my grandmother, who used to babysit us, fearing for our innocent souls, baptized us with holy water in a washtub basin in the basement of her house.

When I was older I learned of this and it had an effect. I thought it was nice of my grandmother to do that for us, just in case. A couple of years ago I decided to make my de facto Catholic status official. I went to the local church and spoke to the priest. He asked if I was baptized and I said yes. He said all I had to do was to take the Catechism class to prepare for my First Communion, which upon completion would make me a Catholic. Hearing the expression “First Communion” reminded me of another story my mother told me. She was always terrified when taking Communion because the nuns told her that if she chewed the eucharist wafer it’d bleed in her mouth. She always waited for it to dissolve so she could swallow it whole. I think those nuns could’ve had great careers writing horror films in Hollywood.

Anyway, I began to attend the classes. After the first one the priest told me that he wanted to start doing the paperwork so everything would be ready when the classes were finished. He asked where I’d been baptized, meaning in what church. I told him the story about my mother, my grandmother, the basement and the washtub basin. He said there had to be a record of the baptism in a church for it to count. I responded that God knew about it, isn’t that what was important? He said there had to be written proof. I wrote to the church my Grandmother had attended. I was informed that there was no record of anyone with my name having received baptism in their church. I tried two other churches that I knew my grandmother had attended, but again, no records were found. The priest insisted on a record or I couldn’t take Communion. I suggested that he perform a baptism in his church. He told me that a person can’t be baptized twice.

Honestly, I felt relieved, thinking I tried, but some combination of fate and paperwork has made the decision for me so I’m off the hook.