The Interstices Between Known Worlds

Where the magic happens. 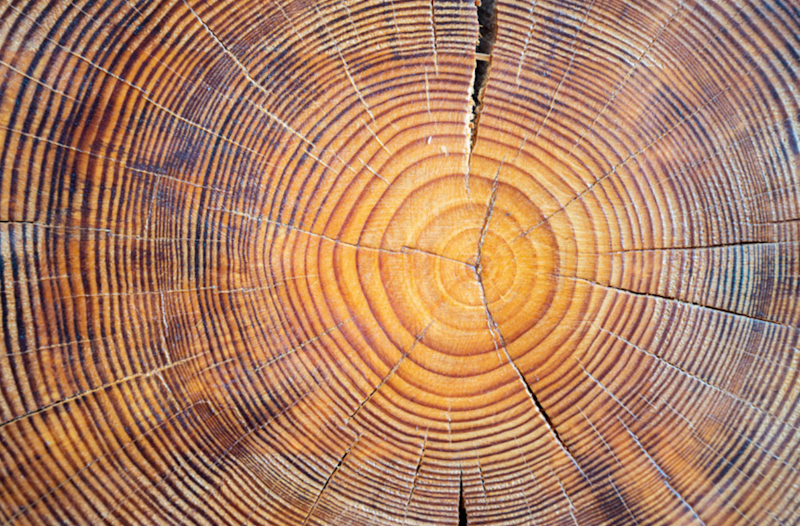 How big is a tree? How do you measure it?

A beech can grow up to 40 metres high, by—say—30 meters across, which means it fills around 36,000 cubic meters of space. That’s assuming the beech is a cube, which it isn’t, but you get the idea.

But what if you tried to measure the entire surface of the tree: every leaf, front and back; every stem; every twig and every branch; every root; every wrinkle in the bark? What if you could take this and spread it all out? It would cover a country, no doubt, maybe even a continent. So the answer to the question, “How big is a tree?” could be, “It’s as big as a continent.

But it’s more than that. A tree is also an ecosystem. Fungus grows from its roots and spreads its filaments throughout its structure. Plants nestle in the leaf-mould it discards. Insects crawl over its surface and burrow into it. Birds build nests in it and rest in its branches. Worms nuzzle though its roots. Small animals chase insects around it, or collect its fruits. Larger animals chase the smaller animals. Children climb it like a climbing frame. Adults sit in its shade or pull away dead wood to make fires. It’s a whole world.

Infinity exists in the interstices between known spaces.

And again, but slightly differently: Infinity exists in the interstices between known worlds.

The phrase came to me while I was on a railway bridge crossing a railway line. On one side of the track there was a golf course. On the other side a thin stretch of managed woodland. And running through the middle, the oily gravel bearing the track. But on either side of the track there were rough patches of mixed vegetation, including trees. And in the rough grasses I could see rabbits. And there was a dead fox on the line. And wildflowers and plants and insects: again a whole ecosystem. That’s what I mean by the word interstices: the bits in between, the bits where one world meets and crosses into another.

The state believes it has the world sown up. The whole world is divided up into discrete units of production or habitation. Everything’s measured out and quantified. Every space belongs to someone or another. Everything in the world is delineated, quantified, packaged and wrapped like a commodity. And as long as the rest of us buy this explanation of the world, then that’s how the world will function.

But infinity exists in the interstices between known spaces. There are bits in between through which the infinite can enter the world.

In my book, Fierce Dancing, I used a lot of metaphors to describe the phenomenon we call free festivals and raves. I talked about the loaves and fishes story from the Bible. Did everyone come to that place outside the city without food or drink, I asked? No. Some people had provisions with them, and they shared. The loaves and the fishes were a social miracle, the miracle of sharing. I talked about Temporary Autonomous Zones, the concept first put forward by the anarchist Sufi writer Peter Lamborn Wilson, better known as Hakim Bey, in his book of the same name. And I talked about crossroads between the worlds, places where the world of the material and the world of the spiritual are contiguous. Places where gold will be hung from the trees when the revolution comes.

Here’s another metaphor. It’s an old Islamic story, first told to me by a friend. There was this famous singer somewhere in ancient Persia. This person had the most sublime voice, a voice that could draw down the angels. He arrives in this town and immediately he’s lorded and praised. Everyone wants to hear him. In this town lives a rich man. The rich man has a son, who wants to be a singer too. The rich man offers the singer huge wealth to let his son train in the art of singing. The singer accepts the young man as his pupil, but refuses payment. So the young trainee singer moves in with the famous artist. After that, the singer refuses to sing. Day in and day out, the student asks the singer to sing for him, to begin his lessons. But the singer refuses every time. “The time is not right,” he’d say. Or: “The acoustics aren’t right,” or “I don’t feel like it.”

This goes on for months. All he’ll say to the student is: “Have patience.” Eventually the student gives up, and gets on with the tasks the teacher gives him, helping around the house or simple musical lessons. He never hears his master sing.

Then one morning his father comes to visit and the student’s entertaining his father when, unexpectedly, they hear the voice of the singer rising from the garden. It’s a beautiful, sunny day and the garden’s festooned with flowers, the birds are singing, and the fountain is gurgling playfully, and, in the midst of all this there’s a wonderful voice, so rich, powerful and gorgeous that it does feel as if the angels were coming to visit. The student can feel his spine tingling with the unexpected beauty of the song.

Afterwards he asks his master what had made him sing just then. And the master replies: “The time, the place, the people. When the time is right, and the place is right, and the people are right, then magic can happen. The time was right because it was first thing in the morning and my voice was at its best. The place was right because it was in my garden, where I feel most relaxed. And the people were right because your father was here and I wanted to teach him that you can’t buy beauty.”

The time, the place, the people. The interstices between known worlds. The capitalists think they have the world sown up. But when the time’s right, and the place is right, and the people are right, then magic will happen. This is my metaphor for the revolution.

There are times in the year when we know where we are; but there are also times of transition, when the world’s changing, and at these moments, in these interstices, infinity is present. Full moon, new moon, Beltane, the equinoxes and the solstices, Lammas, Halloween, the ascension of a new King, the election of a new Prime Minister, these are times of change and transition. And sacred sites, and sites of great beauty, or great historical and spiritual resonance—even when those places are hidden behind walls and fences and claimed as private property, such as the Royal Estates—these are the places of transition. As for the people: it’s when you have your friends around you, your loved ones, your posse, your tribe, your comrades. These are your partners in transition.