Attacked by a Gym Teacher

No doubt: I had it coming. 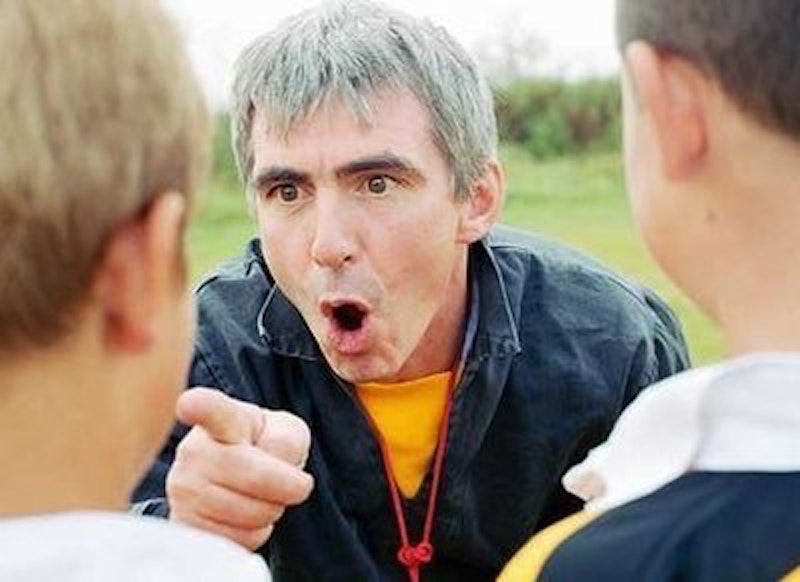 Closing my eyes, I can still relive the impact. In an instant I went from changing my t-shirt to eating my locker. I’d been assaulted by a teacher. And had it coming.

It happened many years ago, at the all-boys prep school in Maryland I attended. I had reason to relive the episode since the controversy erupted about a police officer who was caught on tape violently throwing an uncooperative student to the ground and dragging her out of class. Federal authorities have opened a civil rights investigation into the South Carolina incident at Spring Valley High School. Ben Fields, the deputy who tossed the student across the room, has been fired.

I’m not going to say that the student deserved such treatment—especially since she’s a woman (I’m old fashioned, so stuff your comments). But I will say that teachers are human, they can be pushed too far, and when I think about what a little bastard I was to the gym teacher who introduced me to my locker I’m just surprised it didn’t happen sooner.

The teacher—I’ll call him Mr. Ray—was the perfect caricature of the high school gym teacher. He had an irritating, adenoidal voice, polyester shorts that he wore all year and that were buttoned at his protruding belly button, a mustache, and a clipboard permanently attached to his waist.

I was a smart-ass, a “challenging” student and a gifted mimic, a kid who loved attention. I was funny and charming.

I was a pain in the ass.

I wouldn’t disobey Mr. Ray, but I was an expert at mocking him. Any overt mimicry or obvious disrespect would mean JUG (Justice Under God, our school’s medieval term, for detention). But I could do it subtly. Was hiking up my shorts until the waistband was at my chest and my balls burned an imitation of Mr. Ray, or just because I liked them that way?

No, I wasn’t calling out in a nasally bird call to match his own siren song—I was suffering from allergies, that’s all. Angling the dodge ball to ricochet off the wall and bounce off of his noggin was pure accident. And then I picked the wrong day to mess with Mr. Ray. There had been a rumor around school that he was having some kind of trouble with his girlfriend, and in the weeks prior to the rumpus he seemed more intense than usual. You’d be in English class on the other side of campus and hear him going off on a group of students messing up the rules to Gaelic football, his whale call crystal clear from the nether reaches of the athletic fields. Often a fun and friendly guy, now he rarely made eye contact. He started giving us written tests—in PE class!

Late one afternoon, I pushed my luck. Mr. Ray had just put us through two hours of drills with no obvious goal in mind. We were drenched and annoyed when we tumbled downstairs to the locker room to shower and change. Mr. Ray’s office was down there, directly across from my locker. He went in but kept his door open. Whatever his problem with his girlfriend was, it was putting him more and more on edge.

Just then, one of my buddies from the other end of the locker room called out to me if I was going to date a certain girl. “No,” I called back in a loud stage voice that Mr. Ray was sure to hear. “Girls hate it when you’re shootin’ blanks.”

I never saw it coming. In a second I’d crashed into the lockers. I felt my head get bashed against the steel a couple more times, complete with a blast of white noise invective that filled my ears, a sound so raw and raging that I couldn’t make out any of the words. The locker room went dead, and stayed that way.

Mr. Ray had gone nuts. Almost as quickly, Mr. Ray realized what he’d done. He retreated to his office and quickly shut the door. I collapsed on the bench, trying go catch my breath. Then I quietly finished changing and went home. I was sore and bruised. I was also in a good position. Mr. Ray had been a teacher at the school for over 10 years. And I could end his career with one phone call.

I never said anything, blaming the bruises on football. Because beneath the wisecracks, bluster and comic riffs, in the part of my soul that understands the timeless code of honor, I knew that Mr. Ray had done nothing wrong. In fact, I’d gotten off easy. If it had been the 1940s, when my dad went to a similar all-boys Catholic school, I could’ve been much more badly beaten. But then, that America is gone. Now every time a student acts in a way that demands some whoop-ass, the FBI and Al Sharpton appear.

In the weeks and months and even years that followed our clash, I gained new respect for Mr. Ray. I sometimes thought about him lying awake the night after he pounded me, fearful that I was going to report him, and felt proud I had the decency, and the shame, to admit that if anything he had done me a favor. Several months later he was a coach on the football team and I was a player, and one night after a game I went out to meet some of my teammates at a dinner. When I showed up Mr. Ray was sitting at the table. “What are you doing here?” I asked, not with spite, but curiosity.

“I was asked,” he said. Then he smiled and, man-to-man, we shook hands.