A Defense of Public Urination 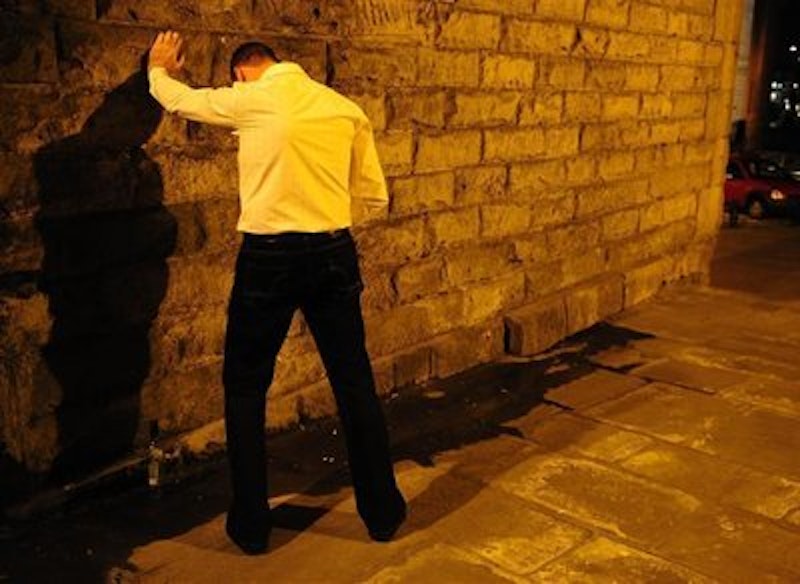 A source of pride in my mid-20s was urinating on the street. Or in the woods, or on a tree in somebody's backyard. Any place other than the officially designated location for my pee. I viewed it as communing with the earth. Sending back to the ground the fluids that I had absorbed from it. My greatest triumph was pissing in a drain at a New York City subway stop. No one saw me. I wouldn't dare do that today, however, with all the fascists who have turned New York City into Disneyland (or at least Times Square, where in the 1970s there were 15-minute fuck parlors).

One night in 1980, I was conversing with a couple, who were what I suspect we then called Yuppies. The conversation somehow turned to the Saturday night propensity for inebriation, and the man said, "Oh yeah. And people pissing against the wall in the alley." At that moment, I realized that my sacred rite was viewed as disgusting by the general population.

Not to mention illegal.

Now, having lived with cats for decades, I must say that the cumulative stench of misplaced cat urine is truly offensive. But I’d argue that human urine is not nearly as odorous. And I am not about to get rid of my cat.

But the true issue here is that our entire biosphere is fouled by countless contaminants. How much species feces do we carry on our shoes? What poisons waft through the air thanks to our unbridled capitalist corporations? A little urine here and there is nothing. It’s simply our ingrained prudery that resists it. Even passing laws against it. If you’d lived in Medieval Europe 500 years ago, you’d have had plenty of foul smells and public defecation to offend your delicate sensibilities. The sanitized environment that we live in today deserves a little public urination.

Sometimes late at night, when I’m about to pee in my pants, I’ve opted for peeing in the kitchen sink (with hot running water, mind you), rather than walking upstairs, and down the hall, by which time my underwear would be wet. At first my late wife found this objectionable, so I always did it behind her back. One night we were watching the Oscars (my Super Bowl), and a major award was about to be announced. Suddenly I announced that I had to pee, but intended to suppress the urgent need until the award was announced. My wife said, "You can pee in the sink if you want," which just shows how superior my late wife Dyane Fancey was to the prudish Yuppies or the evil Mayor Giuliani. For the record, I chose not to pee in the sink, watched the announcement of the award, and then scurried upstairs.