From the night I was born. 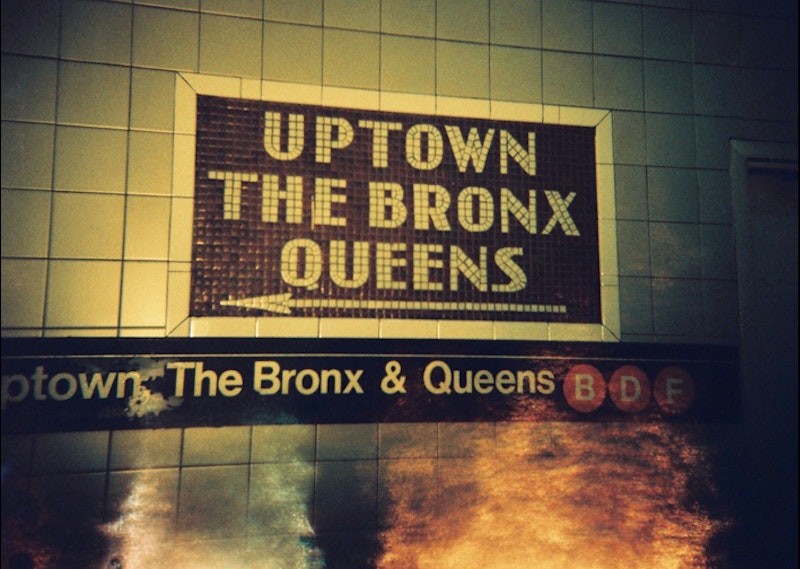 Whenever my mother told the story, she always began with, “You were supposed to be born January 23.” I hadn’t entered the world yet and already I’m wrong.

“On Friday, Christmas Day,” she’d say, “your father gets this idea to visit his Hungarian cousins, Morris and Irna, in Queens. You know what a trip that is from the Bronx?”

“It’s not so bad,” my father would interrupt. “You take the Whitestone Bridge to Parsons Boulevard and if you go in the right direction you get to Great Neck. If not, you end up swimming in the Long Island Sound.” My mother would ignore my father’s deadpan humor. After 40 years of marriage, she was really good at it. “When we left their apartment after dinner,” she continued, “there was a blizzard outside.” She always said “outside,” as if rapidly falling snow at 28 degrees Fahrenheit could occur indoors.

“The U.S. was at war a year already,” my father would interrupt. “The British were bombing German cities. France was occupied and the Japanese were sweeping through the Philippines, Manila, and Singapore.” He wanted to be a history teacher. My mother would’ve made a terrific lawyer. Their lives never offered such choices. They had at least that much in common.

“The snow was already two feet deep and I was wearing black, suede pumps, thin stockings on my feet.” My mother has turned into Sarah Bernhardt, a dramatic edge in her voice. “The car was parked five blocks away. That was some walk. The wind blew straight up my legs,” to which my father would say, “It’s tough to find a place to park in that neighborhood, but it was a nice blizzard.”

My mother would pause for what she knew came next. “My cousin Irna made a delicious dinner. Real Hungarian food, the kind my wife never makes” my father would say as if she wasn’t there. “Chicken paprikash, potatoes in sauerkraut, beet relish and pogatch, cinnamon apricots in dough for desert.” My mother would roll her eyes and pick up where the drama left off. “At three in that morning I wake up. Andrew. Look what you did to me.”

“We had to go to your cousins? I picked up a bladder infection from the cold. I peed in bed.”

Gripping her nightgown between her legs, my mother ran through their three-room apartment and called her mother. “Mama, I peed pink over everything.”

“Rosie, your water broke,” my grandmother Tillie would explain in her soft voice. “Tell Andrew to get you to the hospital. Fast.” Tillie lived a 45-minute walk from Parkchester, the pristine housing community in the North East Bronx constructed between 1939-1942 for working class families. My parents were among the first to be granted a three-room apartment there.

Once I asked my mother why she had no idea that her water broke. “Certain things like pregnancy, giving birth, sex, fatal illnesses or death are rarely discussed in our family,” she said. “But thank God the nurse in Bronx Hospital knew what to do: ‘Make believe you’re a dive bomber,’ she told me, ‘like in the war. Get those Nazis. Push. Harder. Push!’”

“The Nazis were already killing Jews, and here we had gas rationing,” my father would say to place my mother’s labor in historical perspective. “The next day, December 26th, you were born after the 12 o’clock siren rang—five pounds, 14 ounces. A month too early.”

My birth certificate issued by the New York State Department of Health indicates I was born at three o’clock. “Your birth certificate is wrong,” my mother always insisted. “You were born after the 12 o’clock siren. I heard it myself. You know how many babies were being born during the war? They couldn’t write down the time fast enough.”

So now, besides being doomed in utero, I discover that I exist in a metaphysical limbo unable to attain an astrological natal chart that requires, along with place and date, the exact time of one’s birth. What mother doesn’t know exactly when her first child leaves her body?

—This essay is part of a forthcoming memoir, working title, “Bronx Girl.”