We need to see ourselves as under attack in virtue of our race and gender. 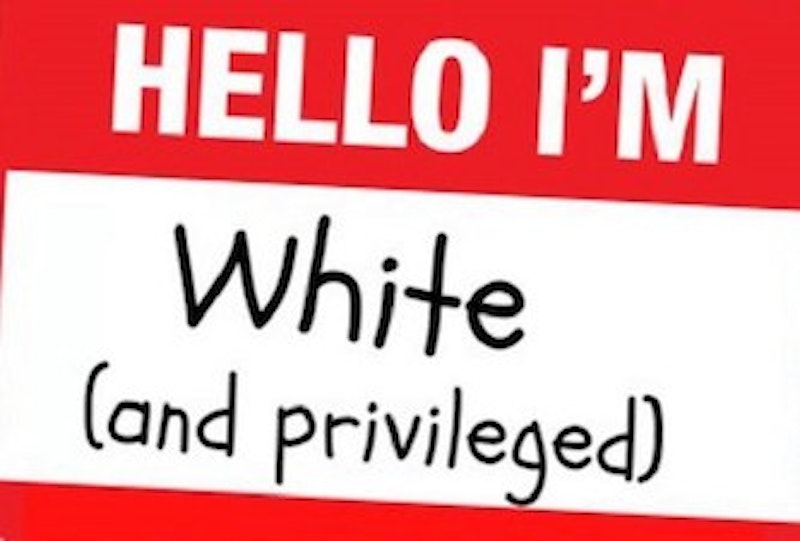 I’ve apologized—hard, often and sincerely—for being a white man, as Joe Biden and Beto O'Rourke are now doing. "It's an English jurisprudential culture," said Biden, somewhat puzzlingly, especially if he was referring to the Anita Hill hearings, which were as American as all outdoors. But then, less puzzlingly: it's "a white man's culture. It's got to change." That surprised me, especially coming from the mouth of such an extremely white guy. If he didn’t mean that his gender and race actually disqualify him, then there is only one thing he could be saying: Joe Biden knows that he needs changing, that he needs to change himself and that other people need to change him. Now I'm not sure whether that helps him get elected president. But it amazes me that we’ve reached the point where that’s even possible.

"I have enjoyed white privilege," said O'Rourke, perhaps also puzzlingly, since he was reflecting on the way he was talking about his wife as the primary caregiver of their children (I wonder whether they have a staff, though).

These sentences just seemed to hop out of Joe and Beto's mouths involuntarily, in the midst of other thoughts. But this is what has to happen for white men like them, and me. We have to absorb the fact that we have a certain racial and gender identity, and that it’s part of a system of oppression: the working bit, the part that oppresses.

We might wonder about their motivations, as they run for president against Kamala Harris, or as people yearn for President Alexandria Ocasio-Cortez. The current left political uprising takes the form of an identity politics that relentlessly emphasizes race and gender. People seem physically and psychically exhausted by the parade of white men who've been their leaders in various walks of life; the most basic need might not be for new positions on issues, but new sorts of people. Trying to keep this wave from rolling over them has Biden and O'Rourke "apologizing for having been born," as Kathleen Parker puts it in The Washington Post. It's not as ridiculous as it sounds, though I'm also happy to be alive, whoever I may be.

Biden and O'Rourke might not have really known, deep inside, that they were white men, until recently. The white male standpoint, according to itself, has been the neutral human standpoint, from which every other was a deviation. Women and members of minority groups had parochial or group-oriented interests, expressed for example in the Black Power or feminist movements. We had an objective standpoint, or the universal human view. This was a terrible self-delusion.

For a very long time, politicians like Biden diagnosed black culture as pathological, and, as well-meaning liberals, tried to come up with cures. This included mass race-oriented incarceration, for example. They'd talk about black dysfunction, and prescribe welfare or policing solutions. You got the feeling that America's biggest problem, circa 1990, was black pathology and criminality. But who, really, has been the problem?

Us, all along. Whose culture is pathological? Whose culture is violent? Whose culture is hyper-sexualized in terrible ways? If you look at history in terms of race and gender, you'd have to say that the most problematic group is privileged white men. Who achieved colonialism, slavery, Jim Crow, sexual abuse of women, even the World Wars? Something’s wrong with our values, or perhaps we’re some sort of evolutionary mistake that threatens the destruction of the species.

And something’s really wrong with our self-reflection. Until recently, we didn’t even know that we really had a racial and gender identity, much less that it had been oppressive to much or most of the world. We identified white maleness as what it means to be human, and “naturalized” our power; we were in power in virtue of being men, for example, a biological destiny or physical superiority or psychological health (we're not “hysterical,” for example, lacking the ovaries that drive people in that direction; we’re rational). We didn't take ourselves to have been born into a particular racial/gender caste; we pulled ourselves up by our own bootstraps.

The first step in making that disintegrate is to become conscious of it. The point of the pathology that attends being a white man of a certain sort is that it consists in a breakdown of self-awareness; we continue to oppress in part because we’re sure we are not oppressors. That makes it impossible to reflect and apologize, for example, or to try to change ourselves and hence the power structure.

To achieve this sort of consciousness, we need to be forced or confronted. We need to see ourselves as under attack in virtue of our race and gender. We need to take a little of what we have dished out, or just edge into the knowledge that people are looking at us and identifying their oppressors. And when people see that, they’re also seeing that we’re a particular group of people, not merely the normal human, and that this group of people is ill or morally flawed in some fundamental way. Now they have the power, at the ballot box among other places, to make us listen.

I teach in a college classroom. I experience my students—some of them, anyway—sitting there thinking: why am I listening to this old white guy? Who put people like that in charge? He seems so natural "lecturing," offering the world his mansplanations. But he's speaking from a particular point of view, one that’s been a massive problem for people like me. I kind of wish he’d shut up; I kind of wish some other sort of person was grading my papers or writing me letters of recommendation.

With much more intensity over the last couple of years, I’ve grappled with the fact that when I speak, people see me as a white man, and I’ve grappled with how that shows itself in the way I speak and the things I say. I still don't exactly know what to do about that, and I do intend to keep talking. I still believe that I have a right to talk, and something to say. But I’m full of self-doubt as well. This might make my lectures more interesting, or more pitiful; I'm not sure. But it’s definitely a power reversal that begins by making me aware of my own power, just in virtue of being born into a particular spot in the race/gender hierarchy.

That wasn’t my choice, exactly, which doesn’t mean that I'm not responsible for the effects of my own actions as they emerge from my identity, or that I don’t occupy a place in various hierarchies that have hurt and are hurting people. I have an obligation to try to understand that and do something about it.

That it’s even possible for very mainstream people as Biden and O'Rourke to become conscious or their own race and gender in relation to those of others and to make such an apology is a bit of a turning point, I think, in the process by which we're becoming a majority-minority country. It doesn't signal that all forms of oppression are on the way out. But it shows that the basic psychological structures that have kept a particular race/gender hierarchy in place for centuries are disintegrating.