Making Sense of a Friend's Suicide

The news was shocking, but then again it wasn’t. Kevin hinted about his plans for years. 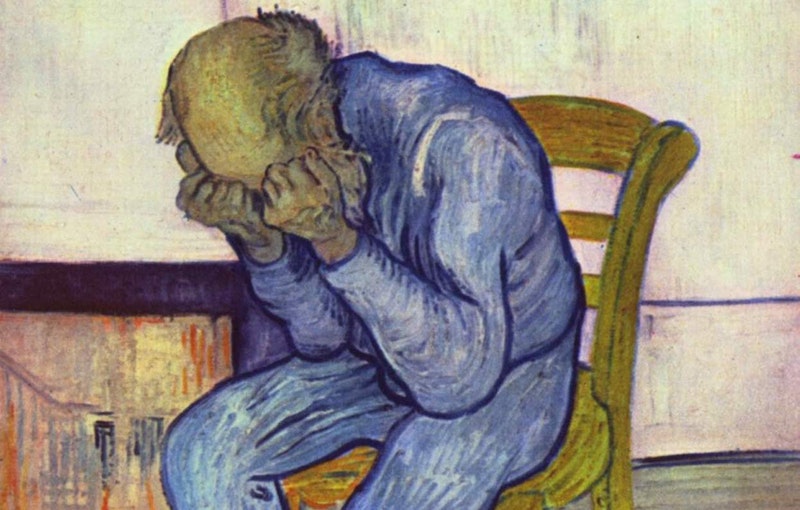 My friend Conrad called me with the news. Kevin finally followed through on his threat. He woke early on a Sunday, delivered his mastiff Holly to his ex-wife’s house, drove to the Los Angeles VA cemetery, parked his car beside the Civil War monument, placed a gun in his mouth and pulled the trigger. He was 68.

The news was shocking, but then again it wasn’t. Kevin hinted about his plans for years. He had a grievance with the Veterans Administration. He was convinced his exposure to Agent Orange in Vietnam had caused his early onset Parkinson’s disease. He felt the VA wasn’t providing him with proper healthcare or disability compensation. The last time I saw him, he went on a long rant about the VA and how they didn’t care about veterans. “They keep telling me to prove it,” he yelled. “I’ll fucking prove it, you pricks. Just wait.”

He vacillated between rage and despondency. There was no sign of the familiar playfulness or quick-witted humor. The Kevin I remembered was a dynamo. He raced his Indian motorcycle on Mulholland Dr. and flew Cessna airplanes over the Pacific Ocean. He played sensitive guitar ballads and wrote short stories about his childhood in Ohio. He created his own comic strip about a kleptomaniac cat.  He waxed poetic about Glenfiddich scotch and tried blending his own whiskey. He worked as a plumber, bartender, chauffeur, private eye, short order cook, car salesman and film projectionist. At the age of 50, he obtained a contractors license and began remodeling high-end homes.

Everyone who knew Kevin loved him. He made you laugh and think. He was a history buff and always had a book with him. He was equally comfortable in the homes of wealthy celebrities or buying breakfast for homeless people on the street. Old employers begged Kevin to return to work with them. He remained close with his two ex-wives.

The only time I saw the old Kevin mad was during the Iraq War. We were standing in line at a revival theater to see his favorite film Breathless when a guy behind us started talking about the “sand monkeys” America was about to kill in Iraq. Kevin erupted. He accused the guy of ignorance and told him to keep his mouth shut. The guy took a swing at Kevin not knowing Kevin was proficient in krav maga. Kevin got him in a headlock and threatened to break his arm. The man cowered away to the applause of everyone in line.

As the years passed, Kevin and I lost touch. We sent emails to each other around the holidays and I ran into him at a local market. But we stopped seeing each other socially. In 2016, a few months before the election, I received an odd email from him. The subject line read, “Here’s why we really do need to make America great again.” There was a link to Kevin’s Facebook account.

My stomach dropped. I had a few friends who’d gone to the dark side but never anticipated this from Kevin. He was always open and accepting of others, particularly those less fortunate. I clicked the link and proceeded to read a litany of accusations against Hillary Clinton—Benghazi, missing emails, Pizzagate, the Clinton Foundation. I immediately suspected Kevin’s Facebook account had been hacked. The Kevin I knew was not a conspiracy theorist. He’d always been an original thinker, not one to parrot other people’s ideas.

I phoned Conrad to ask if he’d heard from Kevin. He hesitated and then said Kevin was in a bad place. He’d been diagnosed with a neurological disorder and his hands shook so badly he had to stop working. He was living in a small room over a friend’s garage and rarely went outside. He spent his days watching Fox News and his nights posting angry political screeds on Reddit. He’d also gone gun crazy. He told Conrad he had a half dozen guns under his bed, all locked and loaded.

I made plans to contact Kevin. Not to visit him, I didn’t want to be around the guns, but to call him, maybe to meet for coffee. Each morning I awoke with the sincere intention of dialing his number. But something dissuaded me. As the days passed my urge to contact him grew fainter.

His obituary said that Kevin “passed away suddenly.” No mention of gunshots or suicide or Agent Orange. Conrad hosted a memorial. Friends shared funny Kevin stories. His daughter spoke about the time she was 16 and came home late from a date. She invited him inside and there was Kevin, seated on a rocking chair in the living room, a rifle in his lap. Her date turned tail and sprinted away. She never saw him again.

The Kevin of recent years was a completely different person. His daughter said, “That wasn’t Kevin. People get closed off and angry when they’re scared.” She said he was taking 10 prescription pills a day. The meds kept him awake at night and made him feel anxious. He’d purchased a life insurance policy and told friends he “was worth more dead than alive.” His daughter begged him to stay alive for his family. He told her he was sorry.

At the memorial’s conclusion, Conrad played a song Kevin recorded in his bedroom. It was a cover of a Ryan Bingham ballad called “The Weary Kind.” As family and friends sat in a circle, we fought back tears as we listened to Kevin’s soothing voice.

Playing your guitar, sweating out the hate.

The days and nights all feel the same.

This ain’t no place for the weary kind.

This ain’t no place to lose your mind.

This ain’t no place to fall behind.

Pick up your crazy heart and give it one more try.