An Elaborate Tapestry of Language

Unraveling the complexity of Gladstone and El-Mohtar's This Is How You Lose the Time War. 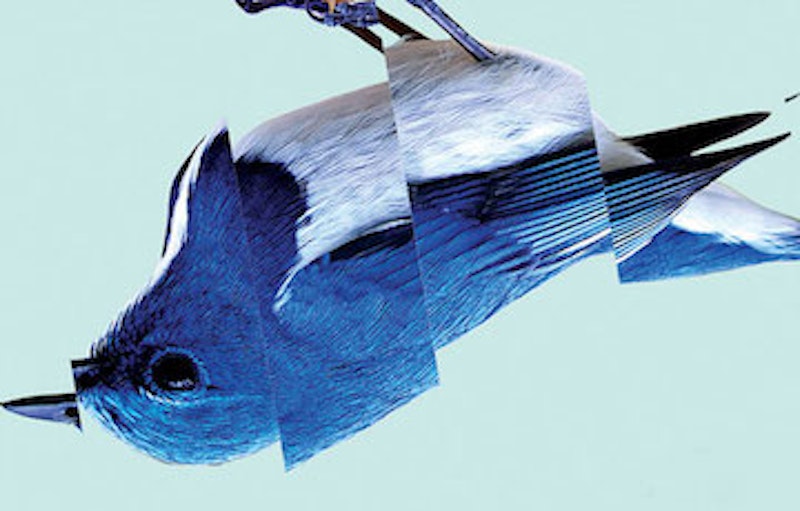 Science fiction as a genre has a strong tradition of collaborative novels, probably because it has a strong sense of community. Cyril M. Kornbluth and Frederik Pohl were in a group of fans who called themselves the Futurians, and their 1953 novel The Space Merchants is still regarded as a classic. C.L. Moore and her husband Henry Kuttner wrote short stories together under the name Lewis Padgett, and their 1943 tale “Mimsy Were the Borogoves” is still widely read. More recently, under the name S. A. Corey, Daniel Abraham and Ty Franck wrote a series called The Expanse that’s gone on to become a long-running TV show. You can add to the foregoing collaborations Larry Niven and Jerry Pournelle, Philip K. Dick and Roger Zelazny, Stephen Baxter and Terry Pratchett, Bruce Sterling and William Gibson, Robert Shea and Charles Anton Wilson—to name a few.

Now we have a new pairing: Amal El-Mohtar and Max Gladstone. El-Mohtar has won awards for her short fiction and her poetry, and reviews science fiction for The New York Times; Gladstone’s been nominated for Lambda and Hugo Awards, and written a popular series of fantasy-mystery novels. Together they’ve written a time-travelling epistolary novel titled This Is How You Lose the Time War.

The book’s a novella-length work alternating narrative snippets written in high, ecstatic language with self-consciously clever, literate letters the two main characters write to each other. They’re women from two different futures, Red from a technological utopia and Blue from a bioengineered paradise, and each are agents of those futures who manipulate the past to try to make sure their timeline is the world that ends up existing.

The book starts with Red undertaking a mission, succeeding, and finding a letter from Blue taunting her. Then we follow Blue on a mission, where she finds a letter of response from Red. This goes on, as the two of them develop a professional respect, learn about each other, and fall in love. It’s a forbidden love, though, setting up a climax as schemes within schemes play out to bring a properly romantic ending.

The book’s a success because the authors’ sensibilities mesh tightly. The structure’s solid and inventive, while the letters not only provide insight into character but also move the story forward. There’s always a sense of the book driving toward one inevitable goal, as though the various short scenes and the various letters are all moves in a long-term strategy.

Perhaps most importantly, the style works. Imagery and rhythm are thrilling. Metaphors and similes are concrete, tactile. The book’s alive to symbol: a book about losing a war begins in the aftermath of a vast battle. A Romeo-and-Juliet story of time-crossed lovers sees one of the leads take poison in an apothecary’s shop in Elizabethan England. Literate, imaginative, the book’s mind-blowing in the best science-fictional tradition, conjuring up evocative yet terse word-pictures of pilgrims in a bone labyrinth, of galaxies tangled into a single garden, of Caesar’s assassination.

The book also takes part in the science-fictional tradition of underplaying the distinctiveness of the characters. Particularly early on, Red and Blue sound a lot alike. The letters have very similar voices. Clever and allusive, they’re fun to read, but it’s too easy to lose track of who’s writing to whom.

Worse, the narrative sections show the two leads in dramatically similar situations: they begin in a strange place, they have to do a thing that will be important to the way the war plays out, they do the thing, and then they find a letter. Their powers, throughout the book, are vast and unclear. There’s no risk of them failing their missions, but we also don’t get a sense of alternative ways either could have gone about doing the things they do.

Yet pay attention and you notice characteristics that distinguish the two leads. Red feels things strongly. Blue has a more developed sense of humor, if a cruel one; she’s the one who starts the correspondence, purely as a taunt at first. But it makes sense that Red’s passion draws her out. The book really changes when Blue makes a decision about affecting Red’s past, at which point the story begins to ramp up and the characters start to grow more distinct.

The device of the letters brings out who the characters are, and how they think. Theoretically they’re two different post-singularity entities from far futures that challenge what it is to be human. In practice they’re highly intelligent, with emotions we recognize. Sometimes that emotion comes across with conscious melodrama, as when they write stutters or indecision into their letters.

This makes a useful contrast to their love, which proceeds in a straight line, from zero to maximum with no detours or doubling-back. It’s appropriately primary-colored, as love stories go, but this is perhaps necessary given the profligacy of the book, the scattering of imagery and big-picture ideas. The complexity of science fiction makes true love pure; of course these characters don’t worry about the future, they’re time travelers.

I’ve no idea how the collaboration was accomplished. One notices that the book jacket puts El-Mohtar’s name in blue and Gladstone’s in red, but there’s no indication this is a commentary on their process as opposed to merely a clever design element. The important point is that however they did it, the two writers have together crafted a complex work that feels like a unitary creation: an extravagant, elaborate tapestry of language in red and blue threads.