An Abundance of Cooties

Everything in the culture gets treated like an outbreak. 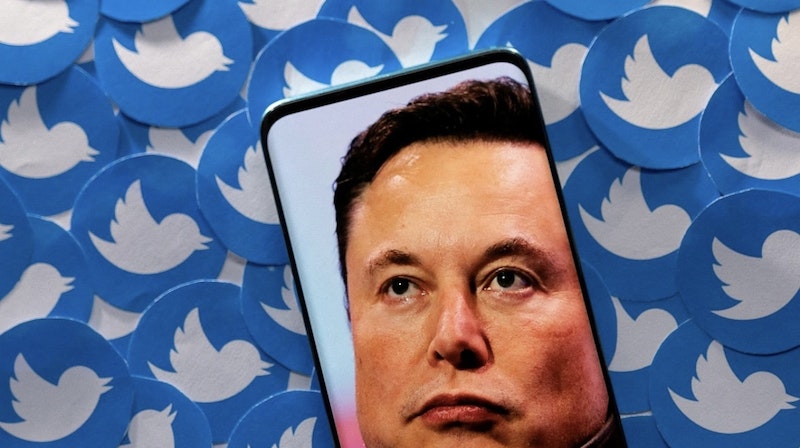 Oh no! The forbidden contagion-thing has returned and all shall be made impure! And I don’t just mean Covid. I mean everything, given the way our culture now functions.

Witness Elon Musk’s decision to let Trump return to using Twitter. Trump hasn’t even resumed using the service yet, and already the very prospect of the Trump impurity spreading (as if it cannot be blocked, muted, or ignored) on the site sent CBS News, an outfit ostensibly interested in collecting all manner of information with which it sometimes disagrees, into a two-day period of not using its own Twitter account, CBS says, out of “an abundance of caution” while it assesses—what exactly?—whether Musk will let all manner of kooky ideas get discussed on Twitter, you know, the way they are in, say, a library. But never on CBS! CBS, apparently, is maintaining its purity. We have noticed, frankly.

Not to be out-purified, reporter Shannon Coulter of The New York Times—the good Coulter, her Twitter bio tells the world with shining objectivity—proudly tweets that she has e-mailed inquiries to the “safety” officers at Google and Apple to ask them whether they’ll continue to permit the Twitter app to be sold via their services if Trump’s account is once more active. When the world, reasonably enough, began tweeting at Coulter wanting to know why she was trying to create trouble for Twitter, she tweeted fake-laugh responses about how hilarious it is that MAGA devotees are “triggered” by her merely sending a couple “e-mails,” as if those e-mails had no content, intention, political context, nudging potential, or underlying moral assumptions of their own.

There’s a small army of reporters who nowadays exist for little purpose but to ask social media sites, potential employers, and other people who can make your life difficult why they haven’t yet taken action against you—just out of curiosity, you understand.

But it’s not so much those time-wasting reporters that gall. It’s the fact that we’re now expected to take it for granted that corporations concerned about “safety” must be alerted to bad ideas the way they might be alerted to a poison gas leak. No wonder this civilization so easily freaked out over Covid, which at least physically exists; it can plainly be freaked out over the news that mere ideas may be spreading, sort of the way that the idea of non-existent “cooties” spreading on a playground like germs can conjure up all the usual human responses to the threat of death and disease—at least in very juvenile minds, but then, that’s exactly what we’re dealing with 24/7 even at the upper echelons of cultural and political power these days, isn’t it?

My old philosophy professor, Martha Nussbaum, has written about how easily instinctual human disgust reactions get turned into moralistic thinking. She pointed to the conservative thinking of bioethicist Leon Kass, who tended to say in the early days of cloning experimentation, roughly speaking, that if most people are grossed out by it, it’s probably immoral. Nussbaum notes similar primitive arguments carrying the day in many people’s minds on topics such as abortion and lesbianism. Open heart surgery and agriculture are plenty gross, but so long as they’re out of sight and out of mind—or simply long-established and familiar—they tend not to spark the same “Ick!” reaction. Disgust may not be a very reliable, consistent moral guide.

Nussbaum and most of her students lean liberal, though, so they probably worry more about conservatives being led astray by disgust reactions than about themselves being led astray that way. Consider, though, that plenty of liberals were plainly weaponized against their unvaccinated or unmasked fellow citizens during the Covid crisis more by the sweeping assumption that the un-crowd were the filthy, unclean, impure ones—shun them!—than by any remotely rational calculation of heightened risk (or decreased risk, in the case of their eagerness to get vaccinated, with many liberals convinced not merely that they were now immune to Covid but, abundant anecdotes suggest, somehow super-energized to run their fastest-ever marathon times, etc.; none dare call it psychosomatic).

I’m not, though, suggesting that disgust reactions are completely meaningless. On the contrary, there’s at least a very loose, evolved correlation between us thinking things are gross and those things being slightly more likely to be disease or safety risks—take a pile of feces, please. In fact, while the “Ick!” crowds shunning the unvaccinated on the left and the other “Ick!” crowds shunning gays on the right are assaulting rationality, we must also contend lately with a few smaller but influential bands of people so hyper-rationalistic that nothing seems to disgust or alarm them, though perhaps some of their activities should do both.

I’m reminded that the autistic-seeming, Democrats-subsidizing, crypto-laundering young Sam Bankman-Fried, the disgraced former CEO of cryptocurrency company FTX, was often glowingly described as an advocate of “effective altruism,” roughly speaking, the practice of donating large amounts of money where it’s calculated to alleviate the most human suffering, as opposed to just donating to causes that sound noble, hip, interesting, attention-getting, or aesthetically appealing.

I’m not arguing for making altruism ineffective, but I swear I was telling a couple of friends just days before Bankman-Fried fell from grace that on a personal level, these effective altruism people often strike me as the kind of utilitarians who try to calculate their way to morality and happiness because they’re so cold-blooded (either autistic or in scarier cases flat-out sociopathic despite their warm-sounding hobbies) that morality and happiness would elude them if they tried to just feel their way toward these things the way normal slobs do.

Such people can make robotic-yet-fanatical errors that ordinary, squeamish mortals might’ve avoided via some humdrum but sensible thought such as “Taking my grandmother to this nudist colony while I’m on acid seems like a bad idea even with this team of experts I’ve hired on hand to monitor things.”

And so a significant portion of the effective altruism people seem to end up polyamorists, radical vegans, or Burning Man attenders—and maybe they should, but you just know they’re also going to be there to throw the switch and turn you into mulch some day, smiling slightly without making eye contact while lisping something about having calculated how many protein molecules your body provides if eaten in combination with some of the juicier insects.

That too would be pretty gross. The whole political culture is starting to seem gross to me, whether or not that tells us a thing.