This Is The Modern World

Doors that open themselves. 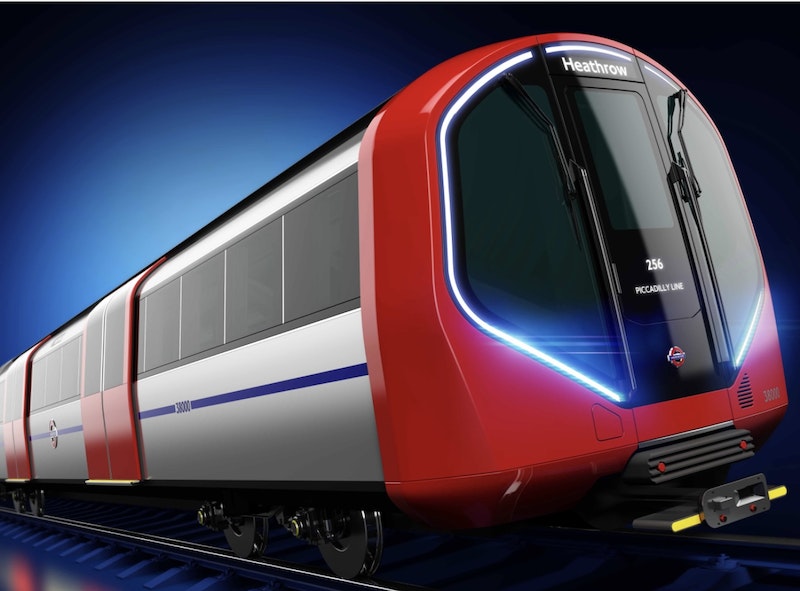 I went up to London on the train. I like trains. I like the sense that I’m carried, that someone else is doing the driving. You can relax on a train. You can look out the window at the world going by. Even the world looks relaxed somehow. It looks serene, unperturbed, just going about its daily business as it drifts by through the window like a moving picture. It’s like you’re looking at the world from a new angle, uncluttered by the debris of modern life.

Think of the difference between the view from a train and the view on the highway. There are usually several lanes between you and the world. Even if you drive on the inside lane, there’s the hard shoulder and a wire fence in the way. It’s like that fence is dividing you from the world. Not that you have time to look. You’re too busy looking at the traffic, too busy worrying what the other drivers might be up to. One slip and you could be dead.

Now think about the train. It’s true that there’s a verge and a fence, but you don’t feel cut off in the same way. The verge is full of trees and plants and wildlife. You feel as if you’re a part of the landscape. The world has grown up to accommodate the train. The towns and cities you pass through have nestled themselves around the lines, absorbing them, incorporating them, so that the railway has become an expression of the town’s character. Can you say the same about by-passes and out-of-town shopping malls?

If transport had never evolved beyond the train, I wouldn’t be unhappy. On a train, you don’t take the journey, the journey takes you.

I like other forms of transport too. I like bikes, buses and taxis. I can imagine a world in which all of these forms of transport are spliced together to form one, unified, effective, cheap, safe and reliable system, and I’d never have to suffer the stress of highway driving again. But I’m old-fashioned. Sometimes I like to remember the world I grew up in, a world that usually worked, as opposed to the one we have now, which stumbles from one mad crisis to the next, regardless of its apparent modernity.

It’s not that I’m against change. I remember the first time I discovered texting on my mobile phone. My son who showed it to me. He patiently took me through the process: how to read the keyboard, change the words, find the address, how to send it off. My son became my teacher, and that was a revelation in itself. He’s been teaching me ever since. We sent a text to his mother, who was in Turkey at the time. And within a minute I’d got a reply. I fell in love with my mobile phone in that instant. What an incredible facility to possess, to write to anyone anywhere in the world, and to get an immediate reply.

I love computers, the internet, websites, Google Earth and digital cameras and have a hankering after a tablet one day. They look like the embodiment of contemporary magic to me. But for every innovation which enhances the world, there are a dozen more which make no sense.

As I was saying, I was travelling up to London on the train, and needed to go to the toilet. I don’t know what the toilets on trains are like in your part of the world, but in the UK they’re these huge imposing oval shaped rooms taking up about a quarter of the carriage. They fill up so much space that there’s hardly any room for seats nearby. Not that you’d want to sit nearby, as they smell. And instead of door handles they have a button. The light flashes when the door is locked, but goes out when the toilet is empty. You press the button and the door swings open. You press one of the buttons inside the toilet and the door swings shut. I say “swings,” but that makes it sound smooth. It’s anything but smooth. Rather, the door cranks its way along, juddering as it does so, making a grinding noise on the way.

On this occasion the door juddered open to reveal a woman with her child. The child was having a pee, his legs pressed up against the toilet, while the woman was behind, holding his rucksack and steadying him against the movement of the train. The two of them looked at me uncomfortably. It was an awkward moment.

“Sorry,” the woman said. “We forgot to lock the door.”

This is the kind of innovation that makes no sense. Instead of a catch on the inside, there’s a series of buttons. There’s a button for opening the door, and a button for closing the door, and a button for locking the door—there’s even a button for flushing the toilet—and it’s easy to think that having closed the door you’ve also locked the door. And when you do lock the door a remote woman’s voice echoes around the space. “The door is now locked,” she says. She doesn’t tell you that the door is unlocked, only that it’s locked. Why would I want a woman in the toilet with me telling me that the door’s locked? What’s wrong with a catch? In the old days you closed the door, and you put down the catch. It was obvious when the door was locked and when it wasn’t.

Twenty years ago, these toilets were considered very modern. These days they’re the height of decrepitude. What happens when they break down? They’re always breaking down. The toilet's incorporated into the carriage and is full of complex electronics. When it breaks down the whole carriage is put out of commission. It takes an engineer to fix it. It probably has to be hauled off to a workshop. Compare this to the old days. What used to happen when the catch broke? You got someone with a screwdriver to fix it.

They’re everywhere. In every supermarket and every bank. Every government department, every corporate building. Every shopping mall. You come to a door and instead of opening it you either have to press a button or you wait for it to open itself.

Are we so enervated as a species that we can no longer open doors? Are we so weak that the process of pulling or pushing a door open it takes up too much energy and thought?

We always managed to get doors open in the past. What’s changed? Maybe the process is too intellectually challenging for our feeble brains. Would we stop, puzzled, at the threshold of every door wondering what to do without the aid of the automatic mechanism to help make the decision for us?

I suppose doors that open themselves could be useful if you were weighed down with heavy bags, pushing a baby carriage or in a wheelchair. But we had a method for dealing with people in this kind of predicament in the past, before we had doors which opened themselves. It was called politeness. Someone else would open the door for you. This had the advantage that you got to talk to that person, something which you can't do with an automatic door.

I can imagine a million more useful things I’d like than doors that open themselves. I’d like cheaper fares on the trains. I’d like a transport system which works. I’d like trains that run on time and a bus to meet my train. I’d like wrapping which doesn’t pollute the environment. I’d like programs on TV I wanted to watch. I’d like films with plots and characters and a few less explosions. I’d like banks which didn’t rip you off. I’d like shorter queues in the supermarket. I’d like less junk mail through my door. I’d like more independent shops on my High Street. I’d like the corporations off my back. I’d like lower utility bills. I’d like solar panels on my roof. I’d like news websites with news instead of celebrity gossip and propaganda. I’d like a government I could trust. But please let me open doors by myself.