Including Manhattan's oldest, founded in 1682. 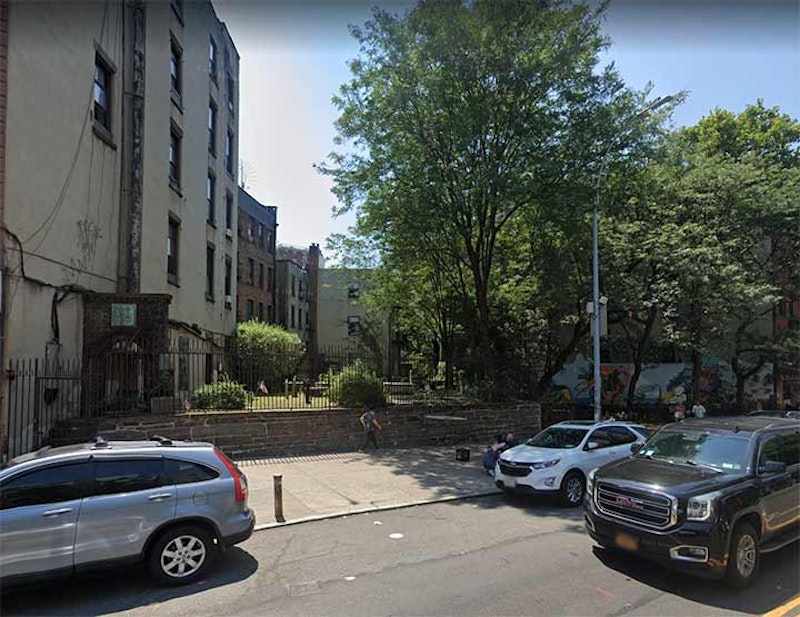 Besides Trinity Church’s two cemeteries, one downtown and one uptown in Hamilton Heights at W. 155th St., there are three smaller ones, all belonging to the Shearith Israel Spanish and Portuguese Synagogue. (There are many hidden and buried cemeteries around town, like the 1990 discovery and newly-renovated African Burial Ground near Federal Plaza; a previously buried tombstone was unearthed in Washington Square during renovations in 2009.)

This, the oldest extant cemetery in Manhattan, St. James Place just south of Chatham Square, was founded in 1682 by Shearith Israel, NYC’s first Jewish congregation. During Peter Stuyvesant’s era, Shearith (“Remnant of” in Hebrew) Israel was the city’s only Jewish congregation, founded by exiled Spanish and Portuguese Jews in 1654. While the Dutch colony of New Amsterdam permitted freedom of faith, unusual in that era, public synagogues weren’t permitted until several decades later, with Shearith founding the first of its five temples in 1730 (their present one is on W. 70th St.). Shearith Israel’s first cemetery was founded at what became the Wall Street area in 1656, and while that one’s vanished, this one, dating to 1682, is still here, and contains the oldest tombstone in the city (Benjamin Bueno de Mezquita), dated 1683.

I’ve never seen the gates open, but did see the late Barry Lewis wandering around therein during a PBS special, but the NYC chronicler has connections. You can get some decent pictures by poking the camera through the fence and zooming in. There are luminaries—18 Revolutionary War soldiers and patriots, including one of the 14 clergymen to officiate at President Washington’s inauguration, Rabbi Gershom Mendes Seixas: his preaching made such an impression that in 1789 he was asked to deliver sermons at St. Paul’s Chapel (which still stands at Broadway and Vesey St.), and officiated at the inauguration a year later. This was an early example of ecumenism in the nascent nation.

The Bowery, which begins at Chatham Square, was extended south to meet Pearl St. in 1856 with a new street called New Bowery, cutting through the heart of a tenement-dominated gridiron. Of the list of streets in the area that included Oak, Roosevelt, Batavia, New Chambers, Chestnut, and New Bowery itself, none is in existence today with the exception of New Bowery, renamed St. James Pl. (for historic St. James Church on James St.) in 1947. The “Happy Warrior,” Gov. Al Smith, had his boyhood home spared and a plaque marking it can be seen on Oliver St. 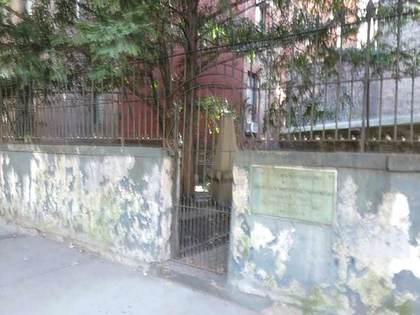 The Second Spanish and Portuguese Synagogue Shearith Israel can be found on W. 11th a bit east of 6th Ave. It’s wedge- or triangle- shaped. Was it laid out that way? No, it existed long before W. 11th was built.

“… This cemetery is much smaller than it originally was. Burials began here in 1805, in what was a much larger, square plot extending into what is now the street. The Commissioners’ Plan had established the city’s grid in 1811, but not until 1830 was West 11th Street cut through, at that time reducing the cemetery to its present tiny triangle. The disturbed plots were moved further uptown to the Third Cemetery [see below] on West 21st Street. In 1852 city law forbade burial within Manhattan, and subsequent interments have been made in Queens.” —Sephardic Studies 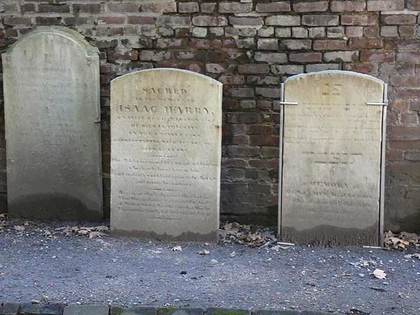 In 2018, if a cemetery stood in the way of a new street grid the street would, most likely, be interrupted, or be made to angle around the cemetery. In 1830, this part of Manhattan was mostly farms and fields punctuated by the Minetta Brook, and the city wasn’t deterred by an apparently insignificant Jewish cemetery. Today, the cemetery’s a leftover curio from a former age, overlooked by most passersby; I remembered it from Village jaunts in the 1980s, and it became one of the touchstones when I first began to photograph and compose my website, Forgotten New York, in 1998. 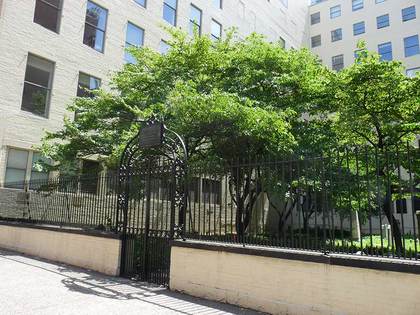 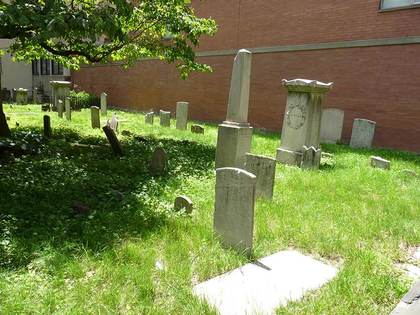 As Shearith Israel moved gradually uptown it established the Third Spanish and Portuguese Synagogue Shearith Israel, on W. 21st west of 6th. This “newest” cemetery founded by Shearith Israel was in use from 1829-1851, and is still kept in good condition.