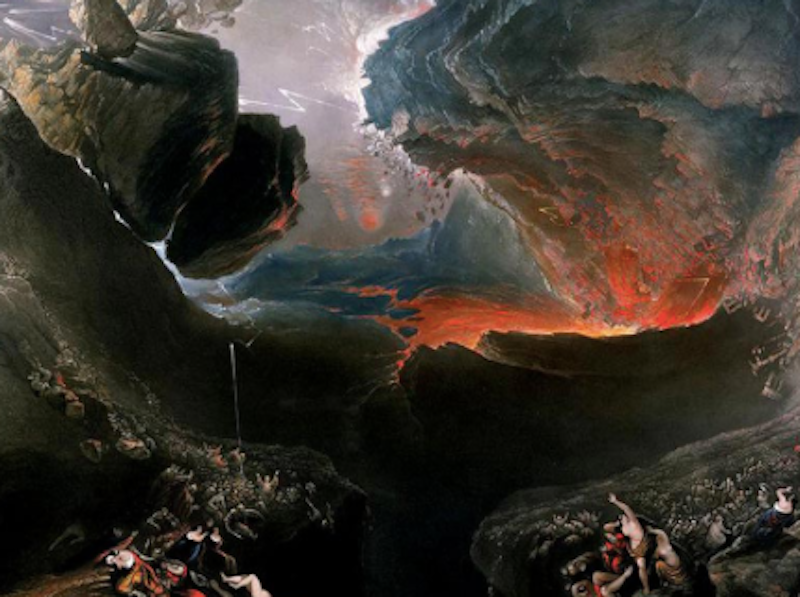 Not everyone’s sad about the COVID-19 epidemic. Some of us traditionalist religious intellectuals welcome it as a judgment on the globalist-liberal society that we hate, as well as an “apocalypse” in the Christian sense—an unveiling that reveals truths about the liberal West in its loathsomeness and perversion. (And that’s not to mention those of us who are speculating that we’re in the End Days, and that the Return of Christ is around the corner.)

So we might call him, therefore, “traditionalist-intellectual adjacent” in some rather unique way. If not currently “a religious son of a bitch,” to steal a line from William S. Burroughs (no offense meant—I myself am a proud such son of a bitch!), he’s formerly one. Trace elements of the splendid doom-obsessed apocalyptic moralism that we paleoconservatives and religious sons of bitches so cherish seem to float around in his once again secular Jewish, once again liberal soul. They no doubt account for his pessimism and fatalism about the COVID-19 crisis and its aftermath.

We’re headed for a worldwide depression, Linker tells us, bracingly. No one can do anything about this. There is no solution. We will suffer like no humans on earth have ever suffered. There is no way out. A black scrim will unfold over the skies of the hemispheres, blocking the light of the stars. The sun may, perhaps, at times penetrate this hellish scrim, but that sun shall shine with a gray-black light, bathing our essentially undead existences in the sooty radiance of the damned.

My only quibble with this fine, righteous, miserable, helpless stuff is that Linker doesn’t go far enough. Details, sir, details.

For instance, one thing that I can see happening as COVID-19 permanently destroys our civilization in the same way that the asteroid destroyed the “civilization” of the dinosaurs is the complete breakdown of law and order, as manifested most luridly in an epidemic of mass rape that will make the Soviet invasion of Germany look like a #MeToo colloquium at the Women’s Studies department at Smith. A somewhat counterintuitive truth about social breakdown is that, despite the image of the big city as an incubator for dysfunction, it tends to hit less-populated regions like mine with a particular virulence—and so I’m sure I’m right in saying that my own womenfolk are in for “a solid drubbing,” as you can still hear the oldest among us say here in Indiana.

Now, I’m not sure Mother has much to fear. She’s a tough bit of gristle. But my comely niece Polly who lives 30 miles outside of Louisville; my “tween” grandniece triplets in the exurbs of Fort Wayne; and especially my own comely, physically vital Daughter (flesh of my flesh, fruit of my loins) at her very rural boarding school—all are, I’m 100 percent sure, in pretty serious trouble.

It’s Daughter’s ravishment about which I meditate the most, unsurprisingly. As I drift to sleep and as I awake from my slumber as the cock crows; as my mind drifts during work in our fields; or as I bathe myself luxuriously in the shower, I return again and again to visions of her ravishing. The gang of offending brigands is unshaven, bristly, dusty and sooty from the road, sunburnt, smelling of tar and motor oil. Their machines wait in the yard as they smash down the door of Daughter’s habitation, intent as they are on their randy business.

She struggles for her chastity, but the laws of physics condemn her. Strong as her lithe body is, it isn’t strong enough. In the end, there is nothing but to acquiesce, and succumb.

This will happen, as certainly as God is loving. There is no way out. There is nothing we can do. There is no way to prepare except to intensify our humility, and our faith. Prepare your faith, prepare your humility! Our rulers, our elite, our decayed institutions, will fail us. If Daughter is to find solace, it will be in the embrace of the Russian Orthodox Church (Moscow Patriarchate), and nowhere else.