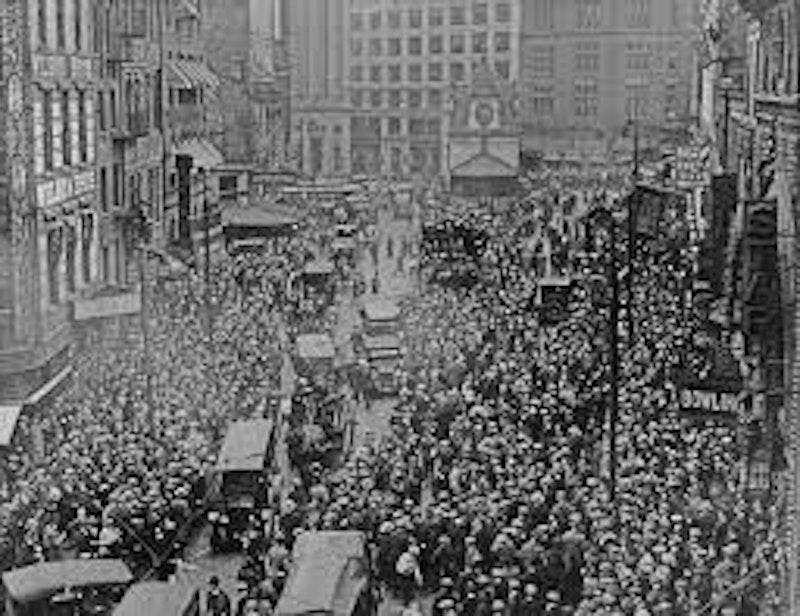 One of the fascinating things about being young is the tendency to assume that your experience is totally unique. No one has ever felt, thought, or done what you’re feeling, thinking, and doing. You’re all alone. And nobody understands. It might be worse for only children or for those with significantly younger siblings, but this seems to affect everyone to a certain extent.

At some point, usually in early adolescence, we sense a dreadful alienation from the impossible oversimplified surfaces of consensus culture. And we begin to feel unsuitable. The carefully marketed trends passed off as the good life by the media and mindlessly embraced by our peers seem entirely out of reach. And we develop a creeping suspicion that we must be inherently defective in everything that matters.

If we’re sensitive, we creep into the shadows like some kind of sad arboreal mutant, afraid to cross the veldt in daylight. If we’re insensitive, we find a herd to run with and try hard to reach the center where our essential weirdness will be less noticeable amid the hooves and swishing tails. Either way, we won’t be the lions. Deep down, we’re always painfully aware that we’ll never be the lions.

I remember thinking something like this about 20 years ago, sitting on the condo balcony of a fellow creative writing student at the University of Montana. Missoula had suffered through an extra-cold winter that year and there were still occasional midnight blizzards, even though the days had grown crisp and bright. That day, I’d decided to run my errands on foot.

It was about eight in the morning. I’d stopped by my friend Abby’s house to return an armload of her books, thinking she’d be asleep and that I’d quietly lean them against her front door. But she was up, bathrobed, coffee brewing, a horrible screaming phone argument with her father in full swing. She had every window open. I’d heard her voice for blocks over the snow.

She motioned me in before I could mime that I really had to be going. And, after a cup of coffee in the kitchen, we wound up sitting on her damp patio furniture, smoking, and doing what creative writing students always do: bitching about our workshops.

I recall having the adolescent thought that this particular blend of awkwardness and intimacy was something utterly unique to being a chain-smoking MFA student in a snowy place. I had a bunch of pseudo-friends, bonded in mutual suffering by our writing workshop inquisitors. And I felt trapped between the novelty of it all and the sense that this was high school all over again. What I didn’t realize was that none of these feelings were original, profound, or even minimally useful. Everything I considered important was actually the opposite.

Abby was a year older than me. But, in emotional years, she was still a teenager. She came from money, had a bespoke Japanese sports car that couldn’t be driven in the snow, a society mother in and out of rehab, and had done her undergrad at Harvard, where she’d had a tumultuous relationship with one of her professors. For her three years in the Montana MFA, her father had bought her a posh suburban condo in a neighborhood that none of the townies could afford.

In other words, Abby was a cliché—the complicated rich kid who goes to art school—a weird recurrent eddy that twists into being again and again in conservatories and MFA programs all around the world; though, at the time, I was too inexperienced to see it. I tried to take her seriously. But I hadn’t yet come to recognize life as the absurd flaming clown dance that it truly is.

Abby spent a lot of time articulating her feelings in fine detail to whomever would listen—in her workshop stories, to various business school boyfriends, and to me, whenever I was around and had cigarettes. This wasn’t the first time she’d smoked half my pack on her balcony, filling up the air with talk about her monstrous family. And no matter how she tried to explain it, she was sure no one would ever really understand her struggle.

But even though we both felt uniquely isolated and misunderstood, we were essentially the same—two sensitive people with highly developed imaginations, a lot of emotional pain, and a deep-seated fear of being exposed as the defective outcasts we knew we were. Abby armored and disguised herself with money, books, and soap-opera narration. I armored and disguised myself with alcohol, books, and near-constant isolation.

I remember her saying how worried she was that her novel-in-progress wasn’t commercial enough. The workshop had panned her last story. The chair of her thesis didn’t get what she was trying to do. And she was terrified that her newly acquired agent would drop her.

I said something like, “Why don’t you forget about it and just write what you want to write? Write about art. Write a story about a rhino.”

She took a long drag, looked at me, and said, “But who would want to read that?”

And that’s where I think the conversation ended.

We couldn’t see that we were products of late-stage capitalism, of the MFA-industrial complex, of the Manhattan publishing industry’s aesthetic transmogrification machine that takes in young creative minds and produces shambling literary golems, stitched together from whoever was profitable last year and whatever identitarian screed currently happened to be bullying and shaming everyone into submission. We weren’t thinking our own thoughts.

We were too young to imagine people just like us, sitting right where we were sitting, having the same conversation, looking down at the same bright snow drifts, feeling the same dislocations—from each other, from our graduate school inquisitors, from the necromancy of the book industry, from the impossible oversimplified surfaces of a world we were sure we’d never understand.

This morning, unable to work on my novel, I came across an article by Abby, listing the supposedly 50 best contemporary books of fiction to read in our Covid-19 lockdown. Like most of culture magazine articles, the language was straight out of Cosmo and flashed like chromed plastic. But seeing her name jolted me.

After our MFA, she got her book deal, went on to become an editor for a well-known fashion magazine, then got married and stopped writing for publication. Searches on Amazon and Google didn’t return anything besides her book and the article about lockdown novels. There was something sad about that. But I think I’m old enough to realize there are sadder things in this world than someone ignoring their talent. Try the 95,000 deaths so far in this plague year.

Our simple melodramatic anatomization of all things good and bad, of our family histories and our inability to make people understand us, of the things we were shamefully trying to bury and our feeble attempts at self-camoflage, have amounted to nothing more than a 20-year-old memory. It all seemed so important back then. But now I know that everything comes back around on an absurd gag reel.

The maudlin obsessions I have today, miserable in my coronavirus lockdown cell, have been had by others and will be had in the future—notwithstanding whatever those 50 contemporary novels have to say. And now I know this isn’t the last plague or the last lockdown or even the last time someone will realize that life is stuck on repeat.

Tomorrow’s plagues and lockdowns are on the way. In “The Myth of Sisyphus,” Camus notes, “In a universe suddenly divested of illusions and lights, man feels an alien, a stranger.” I suspect this is why I don’t cut my wrists. Whether I do or whether I don’t, the mad flaming clown dance will continue through its pattern. So why not make a sandwich instead?

Life will go on until the next dummy comes along, writes these words, thinks these thoughts, takes out a kitchen knife and lays it on the table in front of him. How many times has that happened? How many times has someone sat through a lockdown remembering a conversation that took place two decades earlier? How many times will it happen again? And how many idiots like me will sit at a laptop in a pandemic and wonder about it while the outside world burns? Too many, I think.