Burying my aunt, just in time. 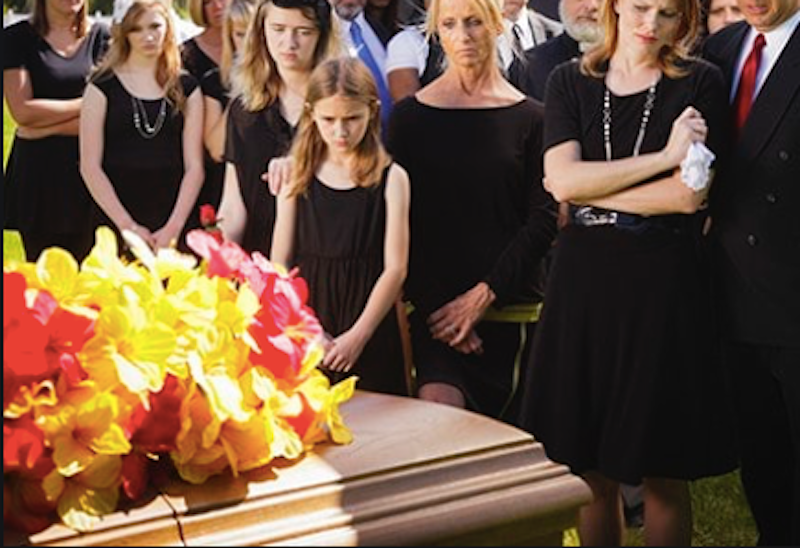 On Ash Wednesday, Aunt Janet’s children went shopping for a casket. She died the next day. My branch of the family drove down from our small town on the Canadian border to her small town near the Oregon state line. Family and friends gathered to bury her that Sunday.

Dad’s a Baptist minister, so he gets the nod to conduct family funerals. This happened for both of his parents, Janet’s husband Jerry, his younger brother Bill, and now his big sister. “Somebody else want to do this?” he asked at the graveside. Many of us chuckled, but we knew he wasn’t joking.

Aunt Janet was a vigorous septuagenarian. Her knees wore out so she had them replaced, and danced. At my kid brother’s wedding last August, she practically confiscated our infant daughter. Janet carried Sparrow around everywhere, showing people. This didn’t look like a woman who was in ill health, let alone terminal decline.

She had bad digestive pains in December. Eventually, doctors found a stomach cancer too far along to push back. My aunt was given an indeterminate number of months to live. She eventually refused feeding schemes, and went faster.

In her last weeks, Janet’s still-living brothers, her children, many in-laws, nephews, nieces, grandchildren, great-grandchildren, and old friends came to visit her, crowding the living room. When someone would suggest we were overwhelming her or not including her in our conversations, she waved them off. She was enjoying just having her family there, talking together.

We talked about her a lot on the day of her funeral, at the graveside and at one of her favorite restaurants. Janet had started a very successful berry farm with Jerry, though she didn’t care for the life. When people would ask if she liked farming, she’d say “No, but I love the farmer.” In turn, he’d been tolerant of her enthusiastic clothes shopping habit. She called up a son-in-law and said, “My closet is broken. Come fix it.” Rods that were straining under the weight needed extra reinforcement.

It was sad that my aunt died, yet there are worse ways to go and worse times to do it. We are seeing that now. If Janet had been diagnosed much later, this plague would’ve kept many of us away from her side, made home healthcare harder to come by, limited the size of the funeral, and prohibited us from getting together at the restaurant to laugh, cry, hug, reminisce, and know that we’re not alone—even in death.

Grief is a burden that’s meant to be shared. I sincerely hope those grieving right now in state-ordered isolation are not crushed by it.