A Sad End for the Nicest Guy in Town

Pillowface Jones likes and shares hot takes while the nicest guy in town meets his maker. 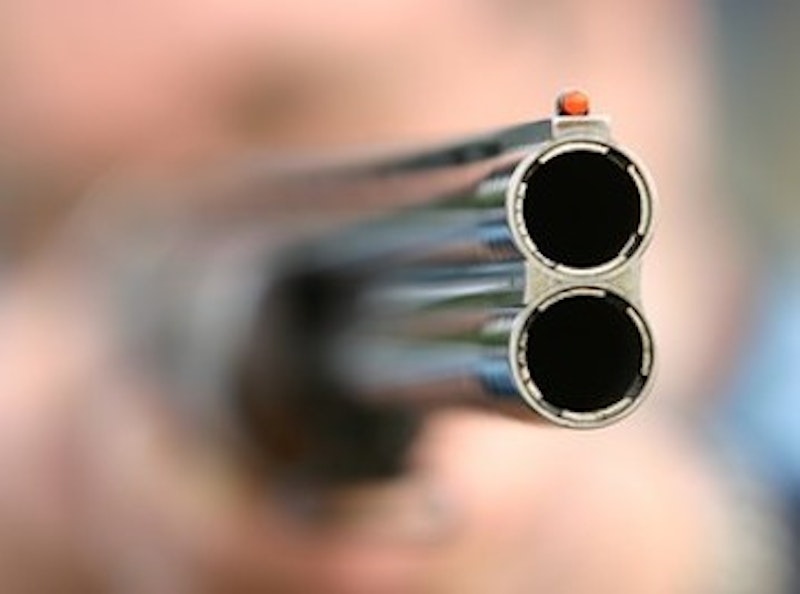 “Good seeing you, McNeill,” Oscar Berkman said as he and Hubert “the Heel” McNeill finished with their friendly embrace. “The sun was shining and there wasn’t a cloud in the sky. It really was a treat.”

“You know it,” McNeill said with a winning smile. “It was super duper, O-dog.”

“I hope nothing bad happens to you,” Berkman said with all the sincerity of the world’s most sincere man, as played by prime-period Andy Griffith. “You’re such a nice guy.”

“Oh, nothing ever does,” McNeill said, still smiling winningly. “My life is wonderful, and I’m the nicest guy in town.”

They parted ways. McNeill climbed in his car and turned the ignition and then turned on the stereo. He always did love his music. He’d had so many great discussions about music with thousands of people over the years. He’d enhanced all their lives, to be sure. “Good song,” he said aloud as he “upped” the volume to better enjoy whatever Weezer song he happened to be listening to at the time. Since they all sound alike, who cares which one it was.

And why do you keep pestering me about these details? It’s not like I’m the second coming of Jonathan Franzen. Anyway, there came a knocking at the car’s window. Still smiling like the happy-go-lucky saint of a god of a nice guy that he was, McNeill rolled down the window.

“W-w… why would you do this to the nicest guy in town?” McNeill asked weakly as he went limp and fell out the driver’s side door and onto the pavement, blood pouring out of six bullet holes that passed clean through his guts. “W-w…”

“Never mind that shit about how nice you are,” his mystery assailant barked. “Time to die!”

“No… n…” was all McNeill could manage before his assailant put the dying man’s car in neutral, causing its tire to roll over his head, smashing it like an especially brittle snail shell.
•••

“Papa Bear, could you tell me a few of those Brian Powell hot takes before bed?” Pillowface Jones asked her father, an enormous ursine humanoid. “Maybe the Lana Del Racism one, or something about gaslighting?”

Papa Bear Jones cursed his terrible luck. It was bad enough that his daughter was a pillow-faced freak of nature. Why did she have to be such a fussbudget and all-around pain in the keister, too? “Goddamn it, Pillowface, I just microwaved some Oreos for you about five hours ago. What the hell else do you want me from me?”

“Fine, fine,” conceded Papa Bear Jones, his faux-weary tone that of a man who believed he had the weight of the world on his shoulders but in point of fact hadn’t worked in years outside of his fantasy football ventures while more or less subsisting on his daughter’s steady stream of disability checks. “Do you promise to take all of your sleeping pills after that?”

Pillowface’s pillow-for-a-face lit up, at least as much as any “face” that’s actually just a worn-out, threadbare pillowcase onto which someone has drawn crude, vaguely anthropomorphic features in black marker possibly could. “Yes daddy, and my benzodiazepines, too.”

“Well, all right, give me that tablet,” Papa Bear Jones said, lost in a pleasant daydream in which Pillowface suffered a stroke and slipped into a permanent vegetative state. But wait: Would the government checks keep coming if that happened? He’d have to call Attorney Luxton and inquire about that scenario after he approved some pending trades in his fantasy football “keeper league.”

Pillowface reached for the iPad on the nightstand, but lost her balance and fell out of the bed in a physical comedy scene the likes of which you’d see in a hilarious Jerry Lewis picture. “Good thing I landed on my squishy pillow face and not any of my brittle bones,” she joked.

“Oh yeah,” answered Powell’s son. “He made me read some of his hot takes when I was about 12.”

“Yeah, he forced me to read it and explain what I thought it was about and stuff... about all the gaslighting and the discourse, you know,” Powell’s son elaborated. “Then he made me get on Twitter so I could like and share it. After that, he ordered me to sign up for the $5 a month ‘MVP Tier’ of his Patreon.”

Ruggleteapot chuckled. “That’s a rather daunting assignment for a young lad.”

“I told him I thought it was his attempt to make it look like he was saying something important when he wasn’t really saying anything at all,” Powell’s son remembered. “And then he told me to go to bed and think about my millennial media lifestyle brand. When I woke up, he’d shaved my head and eyebrows and was telling me... no, more like yelling at me, ‘You Gen Z and iGen scum don’t get it! You don’t get it and you never will!’”