A Trip to Down House

Darwin vs. A.N. Wilson: no contest. 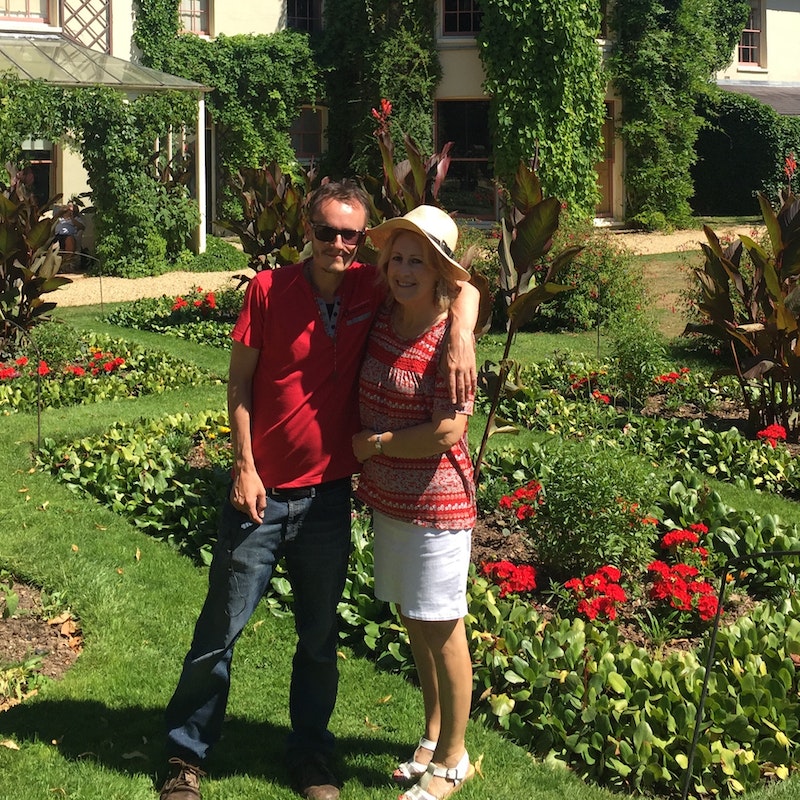 One hot weekend earlier this month, my parents took me on a trip to Down House, Kent, where Charles Darwin lived from 1842 until his death 40 years later. Initially describing the Georgian house as “old and ugly,” Darwin was grateful it was “at the extreme verge of the world.” The 18-acre plot was soon filled with allotments, a kitchen garden, and hay meadow, along with six formal flowerbeds, giving him ample space and quiet to study the mysteries of evolutionary nature, and time to work on what would become one of the most famous scientific theories in history.

My impression of Down House was that of a secular religious site. Children played in the summer sun, and tourists all seemed to understand the importance of the location. The attention to preservation and upkeep of both house and gardens reminded me a little of L. Ron Hubbard’s former home St Hill Manor, which I have visited twice. Both Darwin’s and Hubbard’s studies have been left as they were upon both men’s deaths, although I think Down House is a lot less filled with nervous paranoia, but rather a sense of historical importance and even joy than the Scientology site.

This is where Darwin wrote The Origin of the Species, originally published in 1859, which includes possibly the most influential scientific theory of all time: the theory of evolution. Having recently read curmudgeonly writer A.N Wilson attempt to destroy Darwin’s theory and legacy: Charles Darwin: Victorian Mythmaker, I entered the grounds with more suspicion than was probably justified. Wilson concludes his scientifically inadequate and conspiratorial book with this contentious statement: “It remains fair, however, to say that Darwin was a direct and disastrous influence, not only on Hitler, but on the whole mid-twentieth-century political mindset. ‘The overflow of our birthrate will give us our chance. Overpopulation compels a people to look out for itself… Necessity will force us to be always at the head of progress. All life is paid for with blood.’ These ideas, in Hitler’s Table Talk, are Malthus filtered through Herbert Spencer, but they derive directly from Darwin.”

My parents and I went for a pub lunch after we left, and I tried to defend Wilson book. “Go on then, defend Darwin, Dad,” I said. “Evolution, and natural selection, Andrew,” he said (both my parents were former teachers) “is the theory that explains both the diversity of life and why some organisms develop and prosper naturally and why some disappear. Essentially evolution suggests slow change of organisms that adapt successfully to their environments. We may start with a food chain where the prey develops traits that allow it to escape its predators. If the predators don’t develop similar traits that species will fail to survive. An example of this is the development of eyes! The species that did not adapt them when members of their food chain did will no longer exist. The fossil record of marine life exemplifies this perfectly.”

I considered this. “Probably why I only got a C in GCSE science,” I replied, smiling. My dad is, in many ways, far smarter than me. Incidentally, Wilson unpleasant, scientifically inadequate and offensive book was noticeably absent from the Down House gift shop.