A loving father’s fantasy sports addiction threatens to separate him from his cubs. 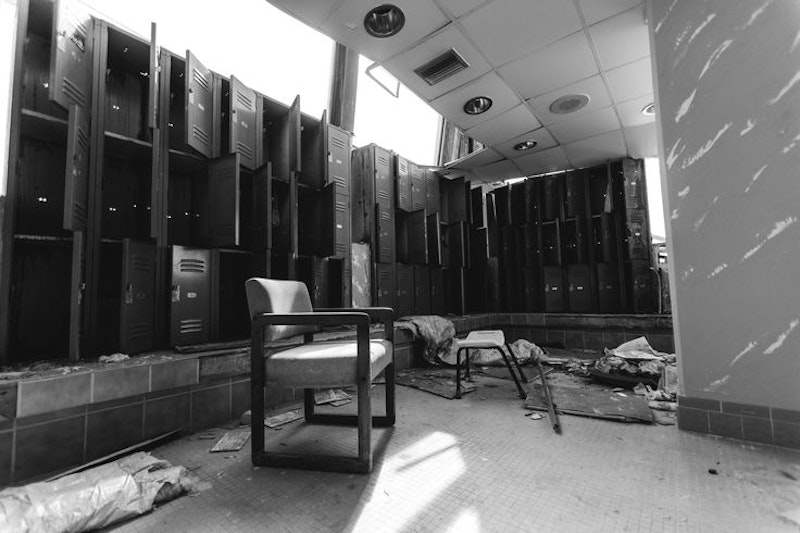 The papa bear was hiding out in the office of his family cave, like always, where he worked his paws to the bone trying to make trades in his fantasy “keeper league,” also like always.

I can’t even begin to tell you about the smell of this room. Well, I guess I can begin to tell you, because all I really need to say to kick things off is that it smelled like a big old pile of bear-sized adult diapers. That was understandable given that the papa bear often got so caught up with his fantasy drafting that he just defecated in his adult diapers, wiped his bottom with a super-absorbent sanitary napkin, and tossed the diapers and sanitary napkins in a big old pile in the corner.

Maybe the mama bear remained none the wiser in spite of that. Maybe she never went into the room—“my duder-space,” the papa bear called it—because doing so would have constituted a breach of trust, etiquette, the social contract, etc.

Anyway, the papa bear soon found himself on disability for a bad back and worse weight and was thus totally justified in losing touch with the outside world. He sat in front of a triptych of 22” HD computer screens. In addition to displaying all the statistics and spreadsheets he needed to see, this setup kept him from blowing his brains out.

The papa bear lived in perpetual fear of forgetting his wedding anniversary and his cubs’ birthdays. Because he had no other responsibilities save his fantasy sports, these three (or was it four? five?) annual events took on inflated importance. Every few hours or days or however long he was in the office—“I’m hibernating!” he’d holler when one of his good-for-nothing sons was demanding the keys to the car or 20 bucks for a movie—he’d check the calendar to make sure that he still had some “breathing room.” If and when one of those “special days” was approaching, he’d surf over to amazon.com and purchase some piece of junk almost at random.

He thought of himself as a pretty caring guy. While he was thinking about how caring he was, the action on the “Fantasy Sports Tipcast with Mel Kiper Jr. and Coach ‘Herc’ Broadsides” he was paying $9.99/month to stream had started to heat up.

The shrill voice of the mama bear interrupted his reverie. “Honey, I’m going to my scrapbooking club,” she called from the hallway outside the papa bear’s office aka the “duder-space.”

“Shut the fuck up! I’m working my hemorrhoids off to build a future for you and those ungrateful, rotten brats of ours!” he shouted at her before turning his attention once again to the screen in hopes of “getting his groove back” and maybe finding a way into the first division of his fantasy league.

“Want to know if Cam Newton is due for a bit of regression next season?” one of the figures on the screen, a noted hot take sportswriter named Brian Powell, asked the audience.

The papa bear mumbled something indistinct. He didn’t like it very much when they wasted his time with rhetorical questions, which was why he only subscribed to several dozen fantasy sports websites and streaming services instead of hundreds. Powell’s faux interactivity creeped him out more than a little bit, because, good lord, what kind of sad shut-in would want to be reminded that he was wasting the gift of his life involved with something as pathetic this? Add to that the fact that many other losers were watching all this dumb prognosticating about athletes whose statistics were determined entirely by factors out of their control, like injuries and playing time—it was almost too much for even a papa bear to bear.

The world of fantasy sports was fraught with complications that the papa bear grasped only dimly. For instance, he never could figure out why there were so many people playing them. Seriously, who had the time? Who on earth was interested in hearing about whether third-string fullback Zach Line might score a touchdown or three in week 8 against the New Orleans Saints? Yet millions of statheads had to be “busting a nut” to this bit of trivia, because if there’s a supply there must be a demand. By which I mean the supply is creating the demand, and the demand is leading to an increase of supply. You get the picture. Basic economics, much like how a papa bear has to budget his $1118 monthly disability check in order to afford both honey—which keeps those ungrateful fucking family members whose birthdays he was contractually obligated to remember from landing on death’s doorstep due to malnutrition—as well as all the four-figure buy-in fees for his dozens of fantasy sports leagues.

All in all, it was the kind of life that the papa bear envisioned living for a while—at least until he died.