The Crazy Old Man and His Perfect Revenge

A drama of tenant life. 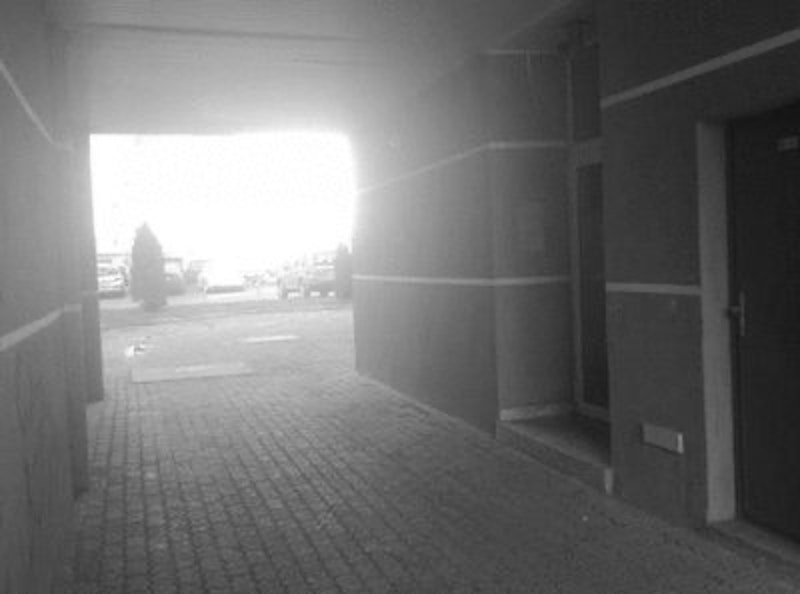 I just met someone who’s positioned for the perfect revenge. Smith, as I’ll call him, hung on in a dubious situation for dim reasons. By doing so, he has arrived in sight of the dream: he’s going to get his own back in a way that exactly suits him.

But let me back up. I used to live in a building where the staff was all nuts. Owner, concierge, handyman: they all gabbled and fumbled and tripped over each other. The handyman drank, the owner (I’m told) was a gambling addict, and the concierge was a hopeless fumer, a concocter of grievances and pursuer of plots. This was Smith.

The owner died and I moved out. Last week I ran into Smith and asked him who owned the building now. Smith’s head reared back. His pebble-like gray eyes jumped forward. “What, what, what do you mean, who owns—,” Smith said, because he’s a man whose halts in speech must be indicated by dashes, not ellipses. “Who do you think— Who, who, of course, the person that, the person, you know—” And so on.

Speech boils up in him. It’s a constant of his behavior, which otherwise can swing wildly: between aggression and friendship, animation and dejection, attention and indifference. He’s always ready to speak, and sometimes his vocal apparatus catches up. There’s a good deal of thought behind the speech. Smith, though a knockabout and a black sheep, is also a university graduate and an intelligent man. But the thought produces little good. That’s because he’s cracked.

Here’s an example. Every time I’ve seen him for the past two years, he’s told me the building was two weeks away from changing hands. He’s never noticed this repetition, this Lucy-and-the-football build-up and anti-climax. Now I ask who has the building and he can’t believe me. Who else? Who could it be? Just Helena (as I’ll call her), the same person who’s had it ever since poor Professor Wally, the owner with the alleged gambling problem, died of cancer. Poor Wally had included Helena in his will, and a few weeks after his death she’d shown up to take over the building.

Smith hates Helena. He hated Professor Wally too, did so quite openly through all the years he worked for that long-suffering man. But when it came to Helena, everyone agreed with Smith. Horror stories about her behavior circulated among the tenants. An exodus followed, one that I joined. Smith didn’t; he stuck around. He quit as concierge, something he could do because the black sheep had come into some money at last. But he’d remain as a tenant, and he’d be Helena’s pain in the ass.

Smith knows he’s intelligent, and it has always frustrated him that his nerves prevent real exercise of his powers. “Of course, that’s the only thing holding me back,” he told me once, eyes fixed reproachfully. “If it wasn’t for, for, if I hadn’t, if— Certainly.” He had been concierge all those years to a boob—because Professor Wally really wasn’t intelligent—and considered himself the building’s true brains, a man of savvy. Now he had an enemy and a project. He would turn his powers upon Helena.

I don’t know if much ever came of this resolution. Once, during the few months while I was still in the building, I chased a young couple out of the lobby because the boy was finger-fucking his girl on the floor. When I told Smith, he was seized with the idea of telling Helena. I wanted to keep her out of my hair, so I demanded why. “To fuck with her,” he said. He said it in a stagey way, like this was a kids sitcom and the director had told him to be clear he was hatching a plot. I think for once he was self-conscious. At any rate he dropped the idea in the face of my indignation.

But he did stay in the building and observe and grumble. Every time I saw him, he said the number of tenants kept shrinking. The place was a disaster area: heat low, repairs undone. He stuck it out for two and a half years and then he gave. That was his big news when we met: after his decades at Kent Avenue, he’d finally left. It was wrenching for him. But he stacked his pots and pans and his boxes of books on a dolly and walked them down the street to his new home. He did it in stages, over a number of days, and finally collapsed in his new place. He seems to like it there. No sound from the terraces, he says. The clubs on St. Maurice plagued his summers with their noise, which mainly took the form of over-amplified musical thudding. Now he’s on Elk Street, and even though that’s next to the clubs too, and even though this apartment is as high up as the old one, the place is positioned so that the sound doesn’t get near.

I admit I don’t understand that part. As so often with Smith, I find that his conviction made me accept what he told me. Also, to question him is to set off his temper. So he spoke with his manic, fixed eye and I listened and made noises.

Smith wasn’t buying that. “Who would have known she’d stay this long?” he demanded.

But he hasn’t lost. I mentioned up above that Smith has a shot at the perfect revenge. Wally named several heirs in his will, and Smith says Helena is being sued by the rest. “I’ve been subpoenaed,” Smith told me. “They, the court, they, they’re going, I— I—  I—.”   He’s supposed to give the lowdown on Helena’s building management. “Everything, what I’ve got, recorded, you know, everything I have to say. To, to, to—“

“They’re going to have to listen to you,” I said. “Helena and everybody.”