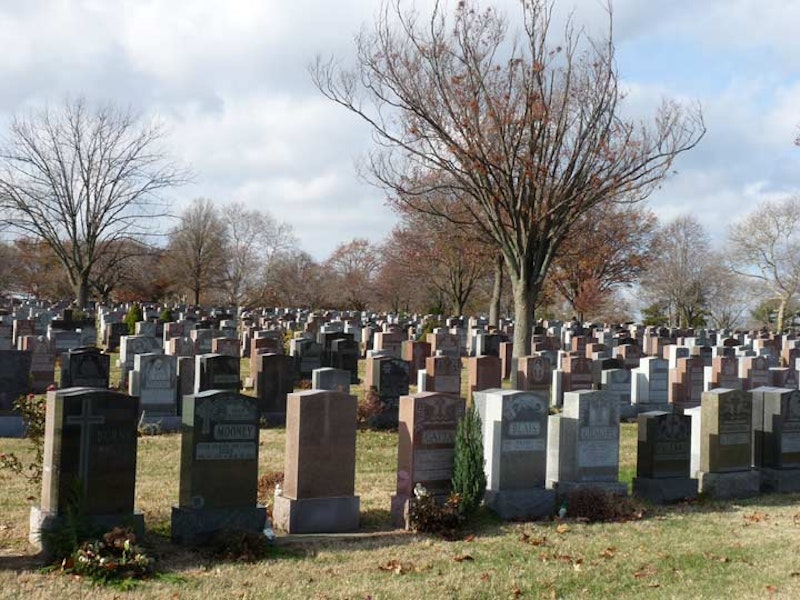 Last weekend I was in desperate need of exercise after Thanksgiving. I’ve never set foot in a public gym like Blink Fitness or one of those places—the prospect of running in place or lifting dumbbells three times a week depresses me. Besides, I’ve never worn shorts, sweats, or any of those garments people exercise in; it’s always been long pants and a button front shirt for me. The need to dispel avoirdupois puts me on a bicycle in spring and summer (on a bike, I break down and wear a t-shirt and dungarees), and year-round, shuffling around for miles-long walks with my camera, in a much-repaired jacket I got from Robbins Men’s and Boys’ in the mid-1990s, which just got a new zipper this past spring.

But where to go? Prospects of really good photos were minimal—the sky was mostly gun-metal gray. For readers outside the Northeast, it’s been cloudy since Labor Day around here, with rain every other day, with an occasional snowstorm. Then I hit on the right formula. I’d never been in Mount St. Mary’s Cemetery in the heart of Flushing, one of a trio of cemeteries in the same vicinity. I’d do a round-robin cemetery walk. I was so pleased with it, I’m thinking of doing the route as one of my Forgotten NY public tours in the summer of 2019, the 20th year I’ll be doing them. 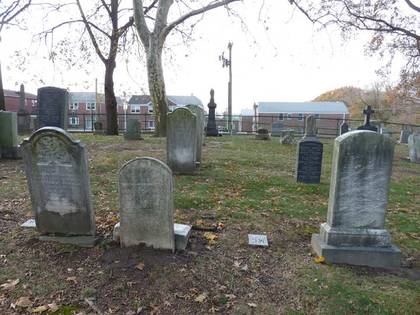 Mount St. Mary Cemetery was founded in 1862 as an offshoot of St. Michael’s parish, today located on 41st Ave. in downtown Flushing. Eastern Flushing was farmland at the time, far from the town center at Main St. and Broadway (Northern Blvd.). One of the few roads through the area was Ireland Mill Rd., later named North Hempstead Turnpike and still later, Booth Memorial Ave. The pastor at St. Michael’s, Father O’Beirne, procured portions of two farms for the cemetery. There were two later expansions, the latest in 1930.

Two figures in rock ‘n’ roll lore are buried in Mt. St. Mary’s, John “Johnny Thunders” Genzale (1952-1991) and Jerry Nolan (1946-1992) both from the New York Dolls, a band that never sold well, but were very influential, or “seminal” as the rock critics say. They were a hard-rocking outfit with outrageous frontman David Johansen, a native Staten Islander who later had hits under a different persona as Buster Poindexter. The Dolls took the stage in drag, but besides that gimmick, their talent was undeniable, and they influenced both the glam and punk eras of the mid- and late-1970s.

The oldest graves, nearly all of them Irish immigrants, are found in the west end of the cemetery at 164th St. I recognized the marker of Captain William Dermody (1830-1864) who died at the Civil War’s Battle of Spotsylvania, because his name is also on a separate monument in Bayside at 46th Ave. and 216th St.—erected in 1866, it’s one of NYC’s oldest war memorials. 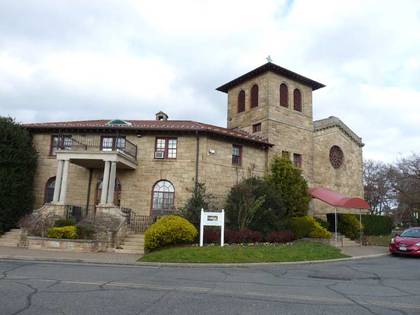 Just up the road from Mount St. Mary’s on 164th St. is Flushing Cemetery, entered from a gate on 46th Ave. This beautiful ashlar-stone Spanish-style office building, designed in 1916 by architects York & Sawyer at a cost of $45m000, replaced Flushing Cemetery’s original two-story finial-roofed wood building.

The Flushing Cemetery Association was formed in March 1853; until that time, Flushing had many small church and family plots scattered here and there, but no large cemetery, and in April the Association bought approximately 21 acres from local farmers at 46th Ave. (then known as Queens Ave.), 162nd St. (then Fresh Meadow La.) and what is now Pidgeon Meadow Rd. Construction and landscaping proceeded apace and the new cemetery was dedicated August 31st of that year. 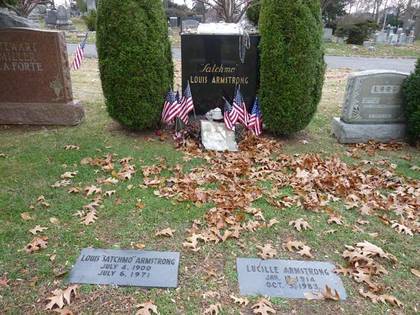 Louis Armstrong was and remains a Queens presence. Satchmo lived for three decades in nearby Corona and is buried in Flushing Cemetery. I’d never set foot in Flushing Cemetery until the summer of 2006, when I went to find Armstrong’s grave. Before starting Forgotten New York, I hadn’t been inside a cemetery since my mother died in 1974. I was rather comforted that Satchmo was only a couple of blocks away from me—when I lived in Flushing, I was at 43rd Ave. and 159th St.

His marker puts his date of birth on July 4th, 1900. That’s the date he preferred to give; records from New Orleans put the date ay July 9, 1901. Though he rose from poverty to become one of the most celebrated jazz trumpeters, latter-day audiences recognized him more from his unique singing on hits like “Hello, Dolly” and “It’s a Wonderful World.” 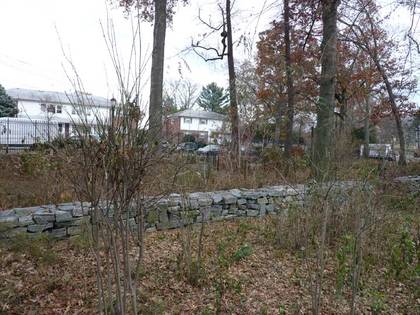 Across 46th Ave. from Flushing Cemetery, between 164th and 165th Sts., is a smaller cemetery whose identity as a cemetery had been subsumed for nearly seven decades. Baysider Mandingo Tshaka’s roots in eastern Queens extend back nearly a century. He lives in a house in little-known Clear Springs that’s been in his family for generations; he has agitated for city services in that once-neglected Bayside corner centered at 48th Ave. and the Clearview Expressway so that its houses now sell on par with the rest of Bayside’s.

Approximately 20 years ago, Tshaka discovered documents stating that the playground Martin’s Field had been a Native American and African-American cemetery active between approximately 1840 and 1890. After several years of wrangling with the local community board and residents who preferred the playground stay in place, renovations were completed turning Martin’s Field into a memorial ground in 2006, with the compromise being that the kiddie playground equipment was moved to the rear of the park.

When the Works Progress Administration renovated the field and built a playground here in 1934 all visible trace of the burial ground was eradicated. The last four headstones had disappeared by 1920.

With Tshaka’s influence, the City’s Department of Parks continues to maintain the burial ground and installed several historical markers explaining the site’s past. The last four tombstones remaining have been those of the Bunn family. They haven’t been recovered, but their names are now inscribed on a low wall of stones that represent the cemetery’s burials, which are still below ground. The “Martin’s Field” name was moved to a children’s playground north of the cemetery on 165th St. The grounds have been protected against vandalism by installing wire fences surrounding the pathways.