The fantasy never tastes as good as the reality. 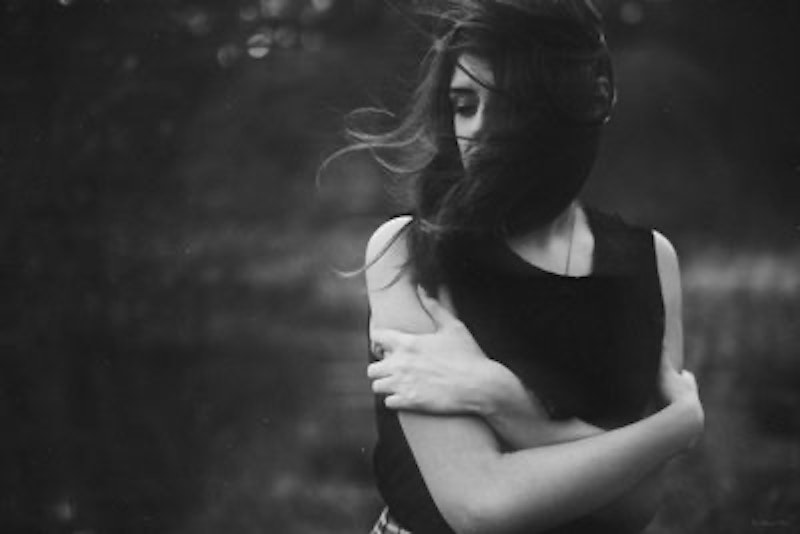 Gloves off. David, my ex-boyfriend of almost six years, took our break-up to tell me something about my personality I never realized until he said it.

Long story short: we broke up because I got a job in London. We called it quits before I even left the country or had my visa. There were other issues, as there always are, but mostly he worked as a creative in the movie industry in New York and it just wasn’t feasible for him to pick up and move to London.

But it’s what he said when we broke up that still sticks with me. He told me I was never happy and that I didn’t know what I wanted in life because I was always looking for something else, something “better,” instead of appreciating what I have right in front of me. This was the probably the worst thing anyone could ever say because I always complained about how in New York people are forever looking for a better job or apartment, better or richer friends, better professional contacts, a better boy or girlfriend, more money. Here was my boyfriend telling me that I was exactly the thing I hated the most about New York.

After the break-up I was pretty bummed for nearly a year, and during that time I thought hard about what he told me. He was right. Well, partially. I don’t think I’m always looking to “trade up,” and I think the people most likely to “trade up” are probably a bit greedy. But I do tend to think more about the future than what’s happening right in front of my eyes, meaning I sometimes neglect the things I have right now for a fantasy of what could be. It’s not a great personality trait, but I think a lot of people are this way, especially ambitious people.

The fantasy never tastes as good as the reality.

I think my obsession with the future has a lot to do with the line of work I’m in—it has to. Most of my employment has had expiration dates. A two-year post-doc here, a three-month fellowship there. Since I don’t work a nine-five or have a job I can completely forget about when I leave until the next morning, in a lot of ways I have to be my own advocate. This means I’m always on the lookout for the next story to tell, the next artist to write about or interview, the next book project I’m going to work on, the next fellowship application I have to write or the next job I have to apply to because the one I’m in is going to expire.

That sense of living in the future or time-sensitiveness is one feature of precarious labor, and it’s something most creatives, academics and artists deal with every day. It’s about having lots of social and creative capital but no economic or financial capital. We’re all ideas but no money. In order to get the money you need to survive you’ve got to think six months or a year in advance about what you’re going to do in six months and why you need this time-sensitive fellowship to do it.

I’m lucky now in the sense that I know I’m going to be in London until 2018 at the least, and I hope a lot longer than that. But one thing I’ve learned over the last year is how important it is to take a step back from the pressures of everyday life, to think about where you are, how you got there, and enjoy.

My friend Lisa recently told me how unhappy she was in New York. She always wanted to live in the City but now that she’s there she feels her career is going nowhere, maybe she should just go back home to that small town in California. It’s an honest sentiment. But I asked her what would be different about going back home to her small town? What would she actually be doing there?

Lisa applied for jobs back home and landed an interview at a big firm in San Francisco, not far where she grew up in. She was so excited. The company flew her out to the West Coast, put her up in a fabulous hotel, wined and dined her—the whole thing. But I talked to her after her interview and she told me she felt kind of “meh” about San Francisco, that her home city didn’t excite her anymore.

“I thought you wanted to leave New York?”

“It took me going all the way out there and almost getting a job back home for me to realize that actually I want to be right here, right where I am,” she said. Lisa didn’t get the job in the end, but now she’s taking advantage of being in New York and trying even harder to get her acting career off the ground.

If you want to be happy you can’t always think about the future or what could be, even though that’s what culture programs us to do. You might not even make it to the future anyway. Learn to appreciate what you have, not what you’re missing.

Desire can never be completely satiated. That’s the whole point. You get something you’ve wanted for so long but soon after you don’t want it anymore. You cast it aside because now you want something else, and the cycle continues.