“Integrity is the essence of everything successful.” 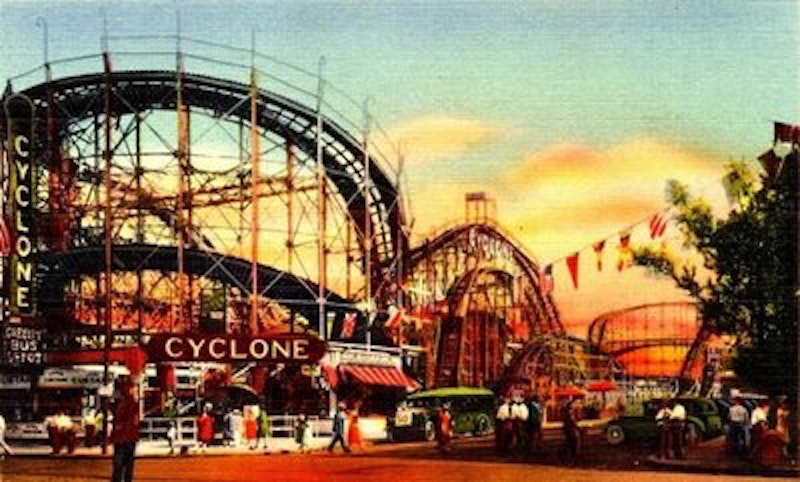 It’s a good thing I like roller coasters. This wretched end-stage retro-capitalist dystopia we live in would be unendurable otherwise. Back when I lived in Manhattan, I celebrated the arrival of spring each year by trekking out to Coney Island on the F train and riding the Cyclone. The things I miss about Manhattan are gone altogether, but I do long to visit Coney every now and then. The way things are going up there, I’m sure that Coney Island will eventually be razed to make room for more Starbucks and bank branches and steel and glass condominiums that only rich people can afford. The New York City I loved is dead. I guess that means I’ve been widowed twice.

As much as I enjoy my curmudgeon status, there are stars in the firmament, points of light in the vast gaping abyss of corporate greed that is 21st-century America. I love Costco, the anti-Wal-Mart, where every employee receives a living wage, five weeks of vacation time, and decent health care, and whose CEO, Craig Jelinek, pays himself a very modest $550,000 or so a year. I’m madly in love with John Legere and T-Mobile. The four most abominable examples of what I call “Gotcha Capitalism” are the banks, insurance industry, cable television providers and the cell phone companies. They rope people into one-sided “contracts” subject to change at any moment to the detriment of the consumer. John Legere’s T-Mobile has upended the apple cart on the viciously rapacious cellular industry and is now setting its sights on cable television, ISPs, and the banks.

I took a modest beating this week from my bank and auto insurance provider. I’ve been banking with TD Bank since my arrival on the East Coast last summer. I switched my autopay with AAA auto insurance when I dropped the excellent Bank Of The West (BNP Paribas) because there aren’t any branches east of the Mississippi. There have been a few glitches since then, most interestingly the fact that I had to “opt-out” of a TD Bank provision allowing me to overdraw my debit card and incur outrageous overdraft fees, but this latest screw-up was the last straw for me with both the bank and AAA.

I received my typical monthly notice from AAA that they were going to dip my account for $22.46 on Tuesday, March 4th. Not “on or after” March 4th, but on that very day. Like most Americans, I live very close to the bone, and I made sure the money was there. It wasn’t when they attempted the actual dip on Monday, the 10th. As a result, TD not only blocked the withdrawal, they imposed a fee of $35 on my account for the attempt. TD’s “customer service” rep told me that AAA could make two more attempts, resulting in an additional fee of $35 for each try.

The AAA reps I talked to insisted that there was nothing they could do to stop those attempts. The TD Bank reps I spoke to informed me that the only way to avoid incurring an additional $70 in overdraft fees (despite no overdraft having been issued) was to pay a $30 “stop-payment” fee to prevent AAA from dipping the account again. I submitted to the stop-payment fee, but TD Bank is never going to see that money. I’m done with them. I don’t give a shit about my credit report, I never have, and I’m banking with T-Mobile from now on.