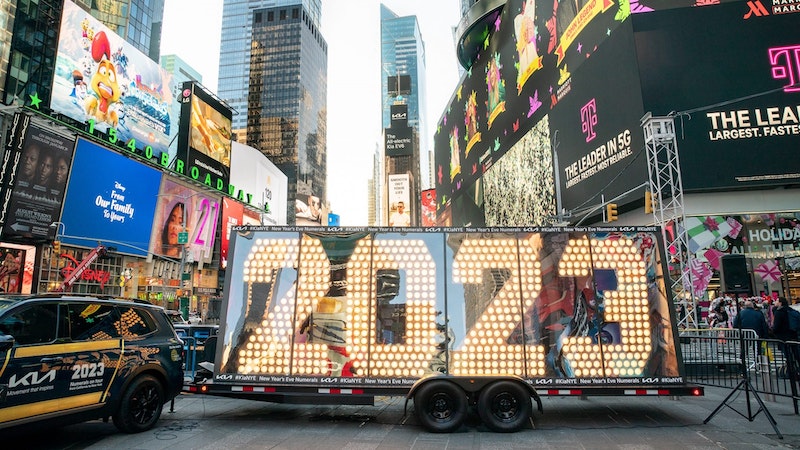 Many Americans froze to death in January and February but those that survived were thrilled for the end-of-winter Covid-flu-RSV-strep season. In March it was like we’d all survived the first winter of Covid again. Now that we've been through three Covid winters, the Covid Olympics will be scheduled for Winter 2024. Events to be determined, though receiving shots and coughing will likely be the most watched and reported events.

As we slowly deflated from our inflated 2022, people began to gather again, but we remained out of practice and socially awkward. Whereas staring down at one's phone in a group of people used to be a sign you might be on the spectrum, in 2023 if you made too much eye contact, people suspected you didn't know the social code. The psychology manuals became meaningless as our ways of interacting became less vocal and untethered.

Many were excited about new developments in technology. The self-driving car that ran over a dog-walker and three dogs brought safety back into the spotlight. As Tesla's stock continued to plummet due to the erratic behavior of its leader, American car companies finally increased their production of electric vehicles. EVs even became available at car rentals companies.

In major American sports, more games were played and more champions were crowned. The Super Bowl halftime show malfunction caused many Americans to reconsider the use of military planes in public spectacles.

One trend that defined 2023 was the declining use of social media. By the end of 2023, a research poll found that, if trends continued, within two years only Americans over 60 would still use social media on a regular basis. As with the erosion of our collective trust in public institutions, our collective trust in social media continued its decline. The impact of information overload reached a general breaking point among a portion of the politically-aware crowd when the Trump campaign forced him back into the news cycle.

The discussion of "What will replace social media?" continued to ebb and flow, but eventually the majority of people began to forget how to imagine making friends and talking with them. We streamed ourselves into oblivion.

As the planet kept spinning and the moon kept waxing and waning, people continued breathing and sleeping and waking and eating and drinking and shitting and peeing and babies kept napping and crying and giggling and children kept playing and imagining and melting down and elderly folks kept resting and wondering about the past and forgetting the details and taking their pills and... another year passed.