He always took his time going to the office, weaving in and out among the desks. 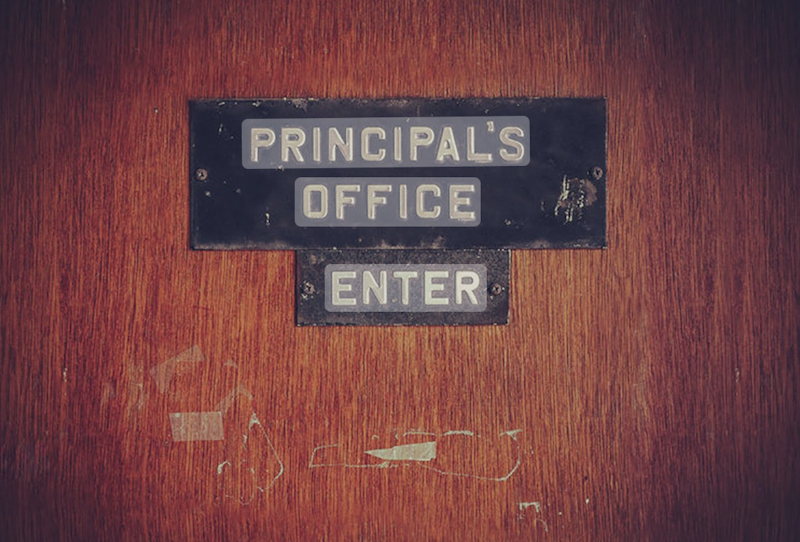 This story is mostly true. I swear. Bits of chalk flew through the air as Miz' Hailey dotted the i's in Mississippi. She whirled away from the blackboard to yell at Douglas Edwards, who was standing in the back of the room. He had a way of pushing her over the edge. Douglas was the oldest boy in our class, because he'd been in fifth grade for three years. He was long and lanky with light blue, swimmy eyes that made you think something might be missing. "Not all his planks are nailed down." That's what my daddy said.

When Miz’ Hailey was mad, she ground her teeth and spoke without moving her lips. I’d picture the letters for all her words lined up behind her teeth, waiting to squeeze through the tiny spaces; she had more teeth than most people. Her eyes bulged when she stared at Douglas. Her jaw was set so tight her curly, red hair bounced.

I sputtered loudly when my best friend wrote “Mississippi” on a piece of paper, drew a big set of teeth and tilted her notepad so I could see. Thank goodness Miz'  Hailey was so mad at Douglas she didn’t notice all the noise I was making. My friend quickly dropped her paper and pounded, a little too hard, me on the back. At recess we’d have a field day with this one. We always laughed at Douglas like the time he had to sit on top of the gas heater complaining it was "just too damned cold to think." Except for the awful, scorched smell, it was pretty funny.

Since this most recent outburst, Miz'  Hailey had lapsed into a staring contest with Douglas. Finally she broke the silence and said, "That does it. Douglas Edwards, go to the office." She never said Douglas; she always said DouglasEdwards like it was all one name or maybe she didn’t want to confuse the 15 other students. Sometimes I think she forgot Douglas wasn't one of the three sets of twins we had in our small class, which was hard to believe since the twins had rhyming names and dressed alike. Who’d want to dress like Douglas? He wore the same baggy, brown corduroys every day.

Several kids sitting nearby dived out of their seats to avoid being hit by the book, chalk and eraser Miz' Hailey fired from across the room. Douglas just shifted and lifted one shoulder when the book hit him. He kept those weird eyes on her and smiled lazily as he gathered the things she threw.

"You heard me." She pointed to the door.

He always took his time going to the office, weaving in and out among the desks. His ill-fitting shoes clumped as he worked his way from the back of the room, snatching papers and thumping pencils to the floor, while Miz' Hailey stood with her arms folded and her toe tapping. By the time he reached the door, her shoulders shook, and the laughter she tried to hide puffed and sputtered its way out of her nose like blasts from my mama's steam iron. She never really stayed mad at him for long, but she stuck to her guns and shooed him out the door.

Douglas talked and muttered to himself, complaining about putting up with "that crazy redhead" all the way to the principal's office. His voice rose and fell, emphasizing the words he wanted her to hear.

He chose the noisiest path along the creaking, dark oak boards, pausing to make them squeak several times before moving along to the next. I'd seen him do it between classes. He hopped from one to the other like stepping stones, planting his feet together and bending his long legs, he'd bounce and make the boards sing. Cupping his hand to his ear and tilting his head, he'd listen—like he was tuning an instrument.

As usual, he hound-dogged it as he took his licks. His howls echoed up and down the hall and floated out the windows while the rest of us sat in icy silence.

Next came the big entrance. He made a show of pretending he couldn’t sit down—hopping around, rubbing his skinny butt. Finally he'd snatch a pad of paper from someone's desk and fan his backside. "Whoowee."

He never cried. We always laughed. What was even more amazing, Douglas always said Miz' Hailey was his favorite teacher. She was never anyone's favorite teacher.  Ours was a small-town time when allegiance was pledged, anthems sung and prayers were part of the daily school routine.  Sometimes the loudspeakers would crackle and pop before morning recess to announce a special assembly where prayers were offered for someone who was lost or sick. This year, after Christmas break, I’d hardly taken my seat when the principal called assembly.

I bowed my head, closed my eyes and listened to our principal explaining to God why Douglas wouldn't return to school.  I thought God probably already knew, but maybe I was being too critical of his praying. My mom says I can be too critical at times. But when he asked God to forgive Douglas' father, I really didn't understand why I should pray for someone like Mr. Edwards, who must not have loved Douglas at all.

Then our principal asked each of us to say our own, silent prayer; I gazed out the window, watching as the cold air tumbled leaves across the schoolyard and gathered them into whirling spirals. They looked like the soft, chocolate cones from Dairy Queen. Bits of paper wrappers shined among the dull browns and grays. When the wind moved on, they sank and spun in sad, slow circles.

I pictured the skinny boy with the tousled hair and goofy grin. No words would form. I sneaked a peek at my friend. Her eyes were squeezed shut and her lips moved. Her hands fidgeted in her lap; she rolled them over and over as if she were shaping clay. I could see the blue veins beneath her pale skin. Revlon's Candy Pink nail polish matched her dress. My own hands were tanned and freckled from too much sun. The ragged cuticles snagged on my socks and sweaters. I lifted my hand and nipped at a hangnail.

I didn't know what to say to God about Douglas, except he made me laugh, which didn't seem right. I tried to imagine Douglas floating around Heaven on a cloud. The only clouds I could see were coming from his long arms held high over his head, his bony wrists too far from the cuffs of his flannel shirt as he clutched two erasers, clapping them together and letting the chalk dust rain down on his outstretched tongue. Dear God, please take care of Douglas and don't get mad if he makes silly jokes and does crazy things.

My weak words were interrupted by the sounds of Miz' Hailey’s sobs. They crawled up the back of my chair and rested hard and heavy across my shoulders. Was Douglas going to suffer because I couldn’t pray in the right way? My throat began to ache; I swiped my tingling nose. I chewed my nails and bit until the pain and the coppery taste of blood erased everything inside my head except the words, I'm sorry, I'm sorry, flashing behind my burning eyes.