A Good Story, a Great Story, and the Guy Who Couldn’t Tell Them Apart 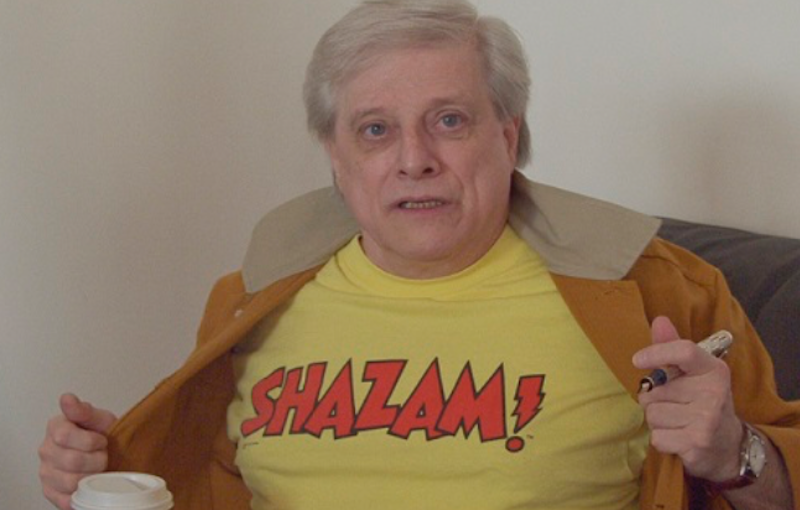 Harlan Ellison was a very loud man. Even when he made a passing, matter-of-fact observation, it would be noisily matter-of-fact. For instance, “the two men wrote almost identical stories,” he once asserted. The two men, a pair of innocent authors, had done no such thing. But Ellison said otherwise to readers of Again, Dangerous Visions, the long-ago s.f. anthology that he compiled. I’m mad because a dead science fiction author didn’t understand a couple of stories.

Lord Dunsany wrote “Two Bottles of Relish,” and John Collier wrote “The Touch of Nutmeg Makes It.” A condiment and a spice, that’s a parallel. Further, each story involves murder and builds to a wicked one-line payoff, and the goal of each payoff is to chill the blood and flatter reader sophistication by laying before us a bitter, even grotesque secret regarding human nature and what people are capable of. The two stories are even told in a similar way: a character narrates what he saw other men say and do.

Those are some striking points of resemblance. I’d say the task of an intelligent person is to recognize that they’re just a list. Add these things up and you don’t get the same story twice. Dunsany wrote a howdunit; the twist concerns the operational side of the killer’s crime. Collier’s story is a whydunit and concerns its killer’s motivation. Both stories are good, but I think Collier’s is much better. In the first story we never see the man whose awful secret we finally discover. In the second, the fellow’s constantly on view and the unveiling of his secret goes beyond being a twist; the moment of revelation doubles as the climax of a small, intimate tragedy involving loneliness and life as an outcast.

Ellison opined on the two stories in his introduction to “Getting Along” by James Blish. Blish’s story was told via letters written in the styles of various authors. The section imitating Collier involved food, so Ellison convinced himself it must also concern Dunsany. Listing the sections’ different inspirations, Ellison the editor told his readers: “The combination in the fifth letter is due to the fact that the two men wrote almost identical stories—‘Two Bottles of Relish’ and ‘A Touch of Nutmeg Makes It’—although for the parody Blish drew pretty generally on all the stories in Collier’s Fancies and Goodnights and, of course, Dunsany’s famous Jorkens stories.” This is noise. The wretch was dragging in names and titles to cover himself (also, it’s “The Touch of Nutmeg,” not “A Touch”).

A scary old story with relish or nutmeg in the title may sound like it’s about poison. The connection may seem relevant when discussing the fifth section of Blish’s story, in which the heroine’s temporary lover poisons himself while trying to kill his wife. But the two stories named by Ellison don’t involve poison. The section parodies “Three Bears Cottage” and “Over Insurance,” two stories Collier wrote in which man and/or wife poison a shared meal. In “Three Bears Cottage” and the Blish story, the poison takes the form of poisonous mushrooms. Blish did a good job sounding like Collier (first sentence: “All apelike young Irishmen named George, as is well known, eat nothing less good than tournedos Rossini”) and he proceeded by means of languid wordplay extended with smutty intent. Collier would do that sort of thing; Dunsany didn’t. None of this made a dent with Ellison.

A few lessons emerge. First, Blish should’ve said something. Next, plain points of resemblance don’t rule out profound differences. Obvious isn’t the same as conclusive. Finally, human nature does have its corners. I hope Ellison was just bluffing. I hope he lied and never read the relish and nutmeg stories, because otherwise somebody read “Touch of Nutmeg” and forgot it.