We're supposed to applaud Stanford’s conviction that this cleansing of the language falls outside the range of the pendulum shifts in which human history has unfolded for as long as we’ve been writing things down. 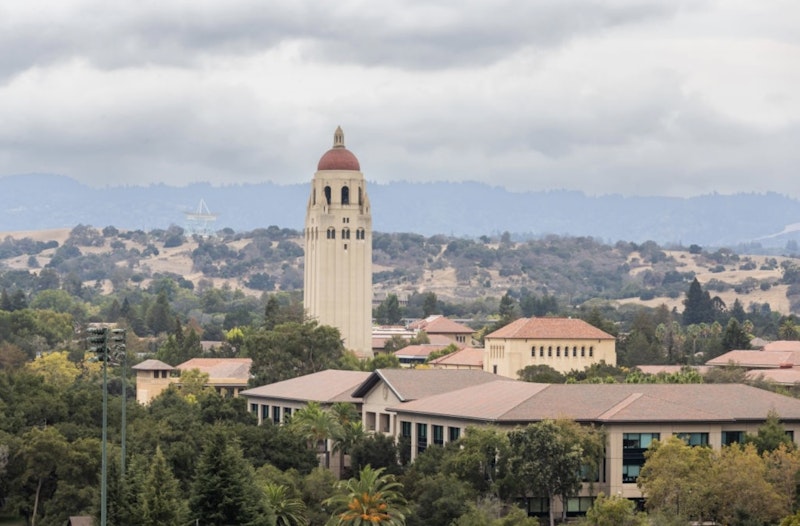 In May, Stanford’s IT “community” introduced its Elimination of Harmful Language Initiative (EHLI), which aims to “recognize and address words that could be considered harmful.” Among the words that must go are “American,” replaced by the more sterile “US citizen,” and “you guys,” soon to be replaced by a new buzzword the Stanford central committee finds suitable to address a classroom of coddled, clueless, corporate "revolutionaries."

With the EHLI, Stanford has perpetuated the myth that we’re on an unprecedented path towards a great apex in civilizational advancement. We're supposed to applaud their conviction that this cleansing of the language falls outside the range of the pendulum shifts in which human history has unfolded for as long as we’ve been writing things down. We’re the exception, they think. We’ll set the record straight. Stanford shows no signs of awareness to the historical—and Soviet—precedents to this awkward rearrangement of basic cultural terms.

Ivy League schools will likely follow suit, if they haven’t already, while people look on and pretend that the people in charge of running this country’s top academic institutions aren’t soulless whores drunk on the idea of their delicate and misunderstood benevolence. These are the people that in 2016 began referring to themselves “the resistance,” without realizing that they were the ones in charge of not only Academia, but the corporate media, Hollywood, Wall Street, Big Tech, and even the goddamn Vatican. I’m still not sure what they were resisting, but have a hunch.

I don’t think there has ever been a time in our country’s history where the youngest generation has been in greater jeopardy, and I struggle to envision what the future might look like. Developments like the ones playing out at Stanford are an example of the absurd, but the most insidious things at play at the university level have been going on for a long time.

Most notable is the insistence on the idea that the country’s literature isn’t worth reading, or keeping around. This is a problem, for those of us who like books, and for those that don’t. We scoff at the dilution of the Western canon as if though what we stand to lose is merely a few dusty volumes and not the soul of a civilization. We teach our young to disregard those books as “outdated,” irrelevant to their “unique and misunderstood experiences”, or worse—as “dangerous” reaffirmations of their evil and illegitimate culture. As proof of our fury, we point simply to the author’s white skin, gender, political leanings, or sins.

We hold up artistic mediocrity and call it profound, coating it in glossy varnish only after we’ve deconstructed the ethnic makeup of its creator, his sexual orientation, his political utterances and leanings, the degree to which Oprah likes him. We’re such a mindless herd that we can’t even lose ourselves for a second in a paragraph of text unapproved by these monolithic censorship boards masquerading as vanguards for the relevant. We let them frame our world, and then pass off their opinions as our own at New York cocktail parties and Palo Alto bong circles. Anyone who disagrees is a fascist, which is Stanford-speak for “a person who is usually too correct to argue against with anything other than permanent banishment.”

Russian director Andrei Tarkovsky said in Sculpting in Time (1986): “Art is born and takes hold wherever there is a timeless and insatiable longing for the spiritual, for the ideal: that longing which draws people to art. Modern art has taken a wrong turn in abandoning the search for the meaning of existence in order to affirm the value of the individual for its own sake. What purports to be art begins to look like an eccentric occupation for suspect characters who maintain that any personalized action is of intrinsic value simply as a display of self-will. But in artistic creation the personality does not assert itself, it serves another, higher and communal idea. The artist is always a servant, and is perpetually trying to pay for the gift that had been given to him as if by a miracle.”