At the moment of her death Hulda appeared to be smiling. 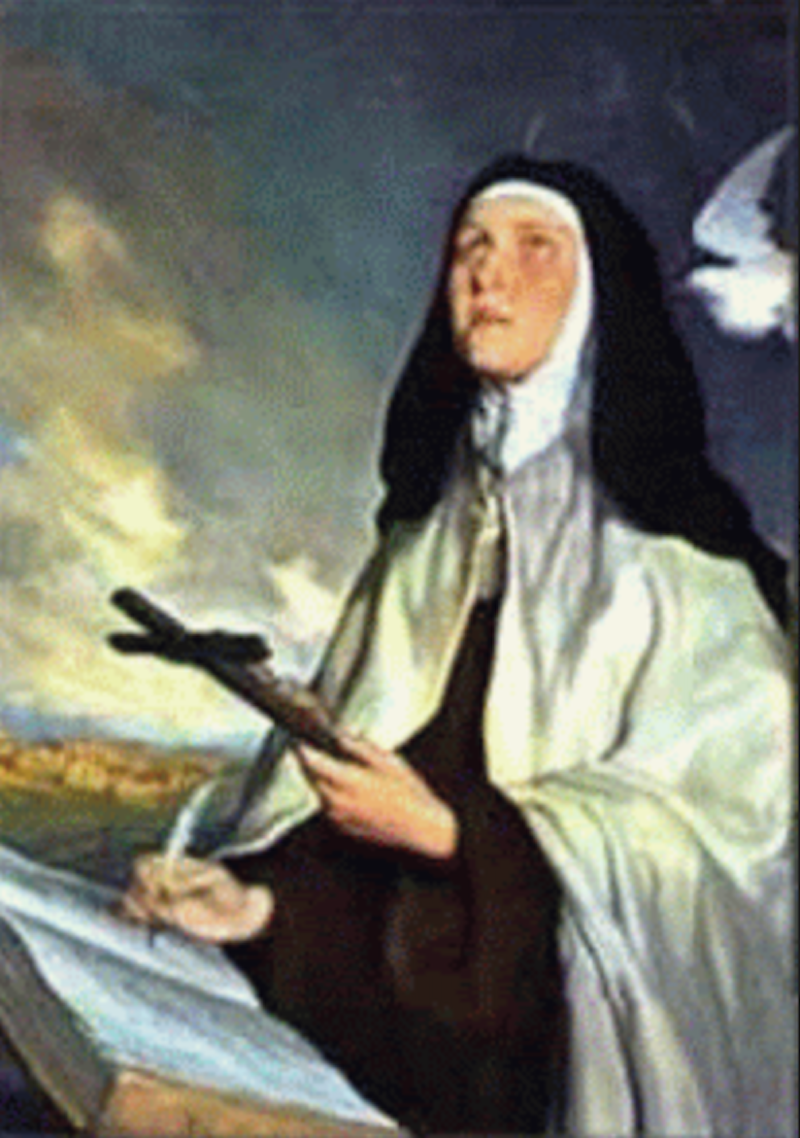 The Inquisitors were watching. Our Sister in Christ, Hulda, was being disemboweled. To prevent herself from speaking, fearing a recanting in a moment of weakness, she’d attempted to sever her tongue with her teeth. She’d failed and in her blind agony was preparing to say the unsayable to stop the pain. Her head was lowered, forcing her to watch the unwinding of her own intestines. In an attempt to distract herself, with the utmost force she could summon by slightly turning her head, she observed an area of stone on the floor.

Suddenly, through the one small window just behind the judges, a beam of sunlight entered and illumined the stone upon which her eyes were fixed.  Seeing this light caused the instantaneous recollection of those events which beginning in her girlhood had led to her marriage to Christ and the Visions, which were called heresy. Once again, she understood the Perfection of God and the logic, if the word had any meaning here, of all that had happened; all that was happening. She spoke. The torturer stopped the wheel. Turning her head as far upward as her position would allow, she said her last words: an affirmation of her love for Jesus; the truth of all she’d been permitted to see through Vision and her forgiveness of her persecutors. And then Hulda rendered up her soul.

In the chamber the judges were disturbed. At the moment of her death Hulda appeared to be smiling! It was at this moment that Brontian, as he sat on the tribunal, fell to his knees and begged the forgiveness of God for the destruction of one of his Elect. He’d be led to the stake for his witness within the year.

Hulda arrived, laughing. Amidst the sparkling green waters and the sand of blue emeralds, her body was as light and as radiant as one of the countless suns illuminating the sky: All was Beauty! All Eternal! Her body was full and voluptuous; naked but for the jewels in her hair and around her ankles, wrists and waist. And she knew why she was there: She was waiting—for Him. How she laughed! For she understood all! And she danced! Danced to the music all around her; to the music in the air! She rejoiced as she saw her six arms move together; her pastel flesh warm like the fragrant sands; all was perfume; divine. She stopped. He was coming for her. Through the forest she could hear his gallop, his massive weight carried nimbly like his Divine Godhead. She was to meet Him now. She assumed the form he’d assumed, that most suitable for Godly love, a gazelle.

The trees parted, and He was there: Splendor Incarnate; God of A Thousand Suns; The One Before Time and He Who Would Preside at Time’s End; The Lord of Lords; The Golden Prince; The Unnamable. Now he was with her. The Fullness of Eternity flooded in upon her like contagious laughter echoing throughout all creation. Laughter bringing everlasting joy.