You Can Never Prove a Thing 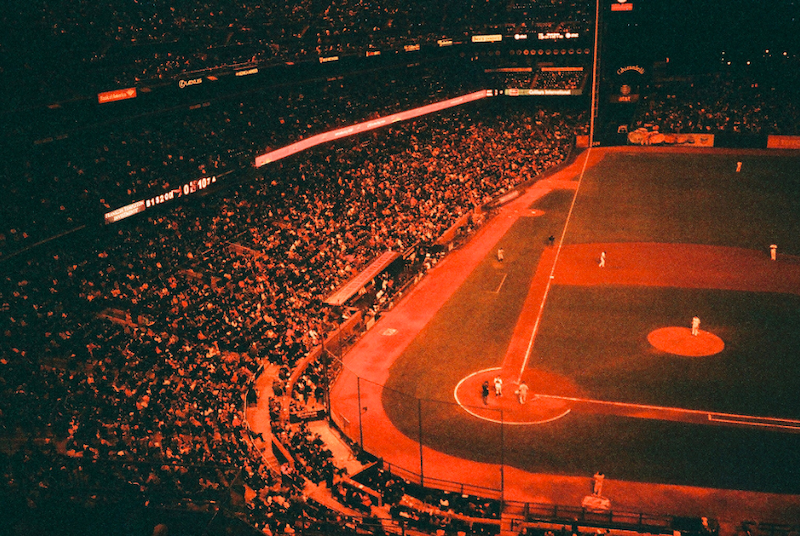 The Major League Baseball season is almost upon us, and with it comes one of the nerdiest of American pastimes: predicting the statistical performances of the league's 30 teams and 750 players. The task, while inexact, has made stars out of people such as pioneering sabermetrician Bill James and FiveThirtyEight founder Nate Silver. Their work is mother’s milk for an enormous pool of fans who assume the role of fantasy baseball general managers, buying and selling the stars and scrubs who’ll produce the real-life statistical benchmarks—home runs, strikeouts, and so on—needed to defeat their friends in mock combat.

There’s an even geekier variant on fantasy baseball: Strat-o-Matic, a game consisting of cards that assign dice rolls for player abilities based on those players’ prior-year performances, allowing fans to battle against a measure of randomness while simulating their own games and running their own teams. I hurried to order the annual Strat-o-Matic updates until I was 12 or 13, finally giving up on the game to run my simulations first through Tony La Russa Baseball 3, which had a deep multi-season simulation engine by mid-1990s standards, and then Out of the Park Baseball, the current gold standard for fictional simulations.

I enjoy watching baseball, but I never so much as swung a bat and was always far more obsessed with the history I created during my own lengthy simulations. As with the sci-fi and fantasy fan fiction worlds in which I immersed myself, there was a potential here to forget myself and focus on the stories—seemingly infinite narratives generated by dice rolls and computer algorithms.

This kind of deeply personal, all-consuming hobby serves as the subject of Robert Coover’s The Universal Baseball Association, Inc., J. Henry Waugh, Prop. In it, Henry Waugh, an accountant who remains antisocial and introverted by choice, returns home each night to roll the dice and advance the history of the Strat-o-Matic-style baseball game he’s invented. Initially, Waugh becomes infatuated with the stunning performances of a promising rookie, a second-generation star who pitches a perfect game, and this player’s continued improvement gives meaning to Waugh’s otherwise-mundane existence.

Coover, whose other works of fiction are high-concept and at times uneven, here fashions something close to the perfect book. It’s not a book about baseball—Waugh, by his own admission, doesn’t like baseball, only the “precise and comprehensive” history created by the resulting scoresheets—but rather about sub rosa creativity, the joy of telling tales to an audience of one. Until I read The Universal Baseball Association, I’d no idea that this sort of activity could be given color and literary heft, but Coover succeeds: you’re transported into Waugh’s psyche, and feel the same odd dopamine rush during his fantasy baseball simulations that you encounter when engineering your own secret universes. You aren’t so much a voyeur as part of Waugh himself, at least temporarily.

The beautiful loneliness of such a pastime, I thought, was ineffable, but here Coover gives it form and meaning. And when Waugh’s aforementioned favorite, the young pitcher Rutherford, is killed by an improbable but not impossible beanball roll, even his subsequent mental collapse seems authentic. Instead of leaving his baseball world, Waugh rolls dice wildly, simulating year after year, losing sight of his ability to distinguish reality from fiction in a way that those of us who carry the creations of our childhood forward into adulthood can surely relate to (eventually, it’s all real to us). "Beyond each game, [Waugh] sees another, and yet another, in endless and hopeless succession,” Coover writes. “He hits a ground ball to third, is thrown out. Or he beats the throw. What difference, in the terror of eternity, does it make? Why does he swing? Why does he run? Why does he suffer when out and rejoice when safe? And when, after being distracted by the excitement of a game, he returns at night to the dread, it is worse than ever, compounded with shame and regret. He wants to quit—but what does he mean, 'quit?' The game? Life? Could you separate them?"

Finally, the game advances so far into the future that it becomes the organizing religion of the fictional society that watches it, a self-contained plane of existence built around worship of the poetics of baseball. In the process, Coover provides us with one of the most astute observations about how history can become myth within the span of a single lifetime. “Can't even be sure about the simple facts,” he tells us. “Some writers even argue that [the players] Rutherford and Casey never existed—nothing more than the ancient myths of the sun, symbolized as a victim slaughtered by the monster or force of darkness.” About history, Waugh concludes, “You can never prove a thing."

“Play ball!” the umpires will soon shout, but we Henry Waughs will remain lost in time and space, wondering about all those memorable hardball yesterdays that never actually were.