Sports marketing’s version of the Ides of March. 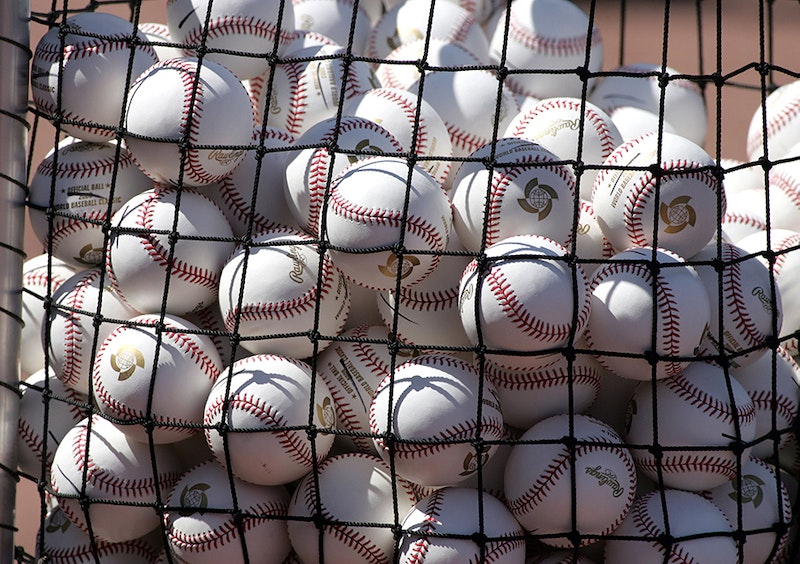 With everyone bashing globalization these days, Major League Baseball long ago stepped in that multi-culti poop and the evidence is still encrusted on the soles of its collective Thom McAns. I’m referring, of course, to the World Baseball Classic and the league’s subscription to Manifest Destiny after the Olympics demoted baseball from its ranks in 2005. Drowning in television money, MLB created “MLB International” around that time with the idea of spreading their version of the “world’s game” to European backwaters and distant Dr. Livingstone-I-Presume locales. A few moody Brits initially ran the division out of a London office that was surely overpaid, just like Jose Offerman going to the Red Sox. As the money-burning orgy ensued at MLB headquarters on Park Ave. it was no doubt during the standard three-hour lunches at nearby Smith & Wollensky that some wonk came up with the idea of a springtime international tournament.

After three minutes of debate they probably settled on the name World Baseball Classic. Play it every four years during Spring Training, they said. Japan has won it twice, and the Dominican Republic enters this year’s competition starting March 6 as defending champions. Most MLB players see it as an oddball jury duty type of obligation in which your great-great-Grandfather came from Israel therefore a kid from Clifton Park, NJ, is suddenly running the show for Team Israel. As players try to navigate an extended Spring Training without injury, the urgency of the WBC games, schedule and travel takes its toll on stars. In short, the WBC has assumed World’s Fair status in the sports world, only without the clever souvenirs sold years later on eBay. And using the word “Classic” in the title of a competition is best left to the links poohbahs over at the Professional Golf Association.

If we’re forced to sit through this crap in the middle of Spring Training when the entire starting outfield for the Pirates will suddenly disappear to Tokyo, San Juan, Little Havana and a flooded San Diego, then we should remind everyone the USA has yet to win this garbage tournament. We should also know the current version of the World’s Fair, another bogus over-internationalized marketing exercise, is being held this summer in the former Soviet state of Kazakhstan. It is called Expo 2017, just like the one that caused the MLB tumor known as the Montreal Expos back in 1969. Djibouti and Nauru have confirmed attendance at the event slated for the city of Astana on June 10 running through September.

Here are some head-to-head match-ups between the ever-lame World Baseball Classic and the 2017 World’s Fair Expo that probably won’t even have any cool rides.

OFFICIAL CORRUPTION: Expo 2017 saw the CEO of its organizing committee Talgat Yermegivaev indicted in June of 2015 on corruption charges, putting Astana major Adilbek Zhaksybeko in charge of the organization committee. MLB Commissioner Bob Manfred, a Harvard lawyer from Rome, NY and a complete company toadie, is attempting to dismantle the official intentional walk and install a 12-second pitch clock in order to “improve the pace of play” in baseball. WINNER: Expo 2017. I’ll take the local mayor in charge anytime especially when Manfred thinks shaving 3.4 seconds is going to speed up the game of baseball and somehow make him the next Bowie Kuhn.

MARKETING FAILURE: It’s hard to say which is less popular and publicized between Expo 2017 and the WBC. Both will suffer from more difficult international travel caused by the former owner of the United States Football League New Jersey Generals who is now President of the United States. Trump will probably attempt a pop-up luxury hotel for the event in Astana. WINNER: Expo 2017. Too much could go horribly wrong between now and June 10.

CLIMATE: June in Kazakhstan is high 70s and somewhat moist. WBC 2017 will end its championship round at Dodger Stadium in Los Angeles, with Bladerunner style rain still falling on Hollywood executives in the first five rows. WINNER: Push.

MUSIC: The dombra is a bad-ass stringed instrument typical in Kazakh music. The WBC would be a mash-up of K-Pop, San Diego stoner rock, merengue and Mariachi. WINNER: WBC for its diversity and modernized sound systems.

FOOD: Kazakh cuisine is a bunch of appetizers and fermented mare’s milk. WBC is by its natural design and International Food Court or the Daytona 500 version of hipster ethnic food cart fare. WINNER: WBC because many baseball fans are mare’s milk intolerant.

LOGOS: The World’s Fair Expo takes a simple lotus flower approach to its image, with three conjoining oval outlines with reverse-shadow sperm-like highlights. Of course, the Microsoft color scheme is somewhat obeyed as orange, blue and green are employed over a space age font declaring the event theme “Future Energy.” The WBC logo is the standard fracture spinning ball motion with swipes of red, yellow, blue and green Microsofting around a baseball that has a Man from U.N.C.L.E. latitudinal grid overlaid with the standard red baseball stitches somewhat exaggerated. It depicts motion and stasis in the same glance, mostly stasis and if stared at long enough it becomes a cure for insomnia. WINNER: Expo 2017 and its broken cannabis leaf subliminal.

After so much nitpicking, I hope I’ve ruined any enjoyment to be harvested from the funny uniforms and pointless chicanery of the WBC. As for Astana, it sounds like it might be a fine place to dust off your coal-miner’s lighted helmet and spend Flag Day debating the future of energy solutions and their impacts abroad. It’s enough to make you pine for an old-fashioned intentional walk.