Reading is fundamental in 2017 MLB campaign. 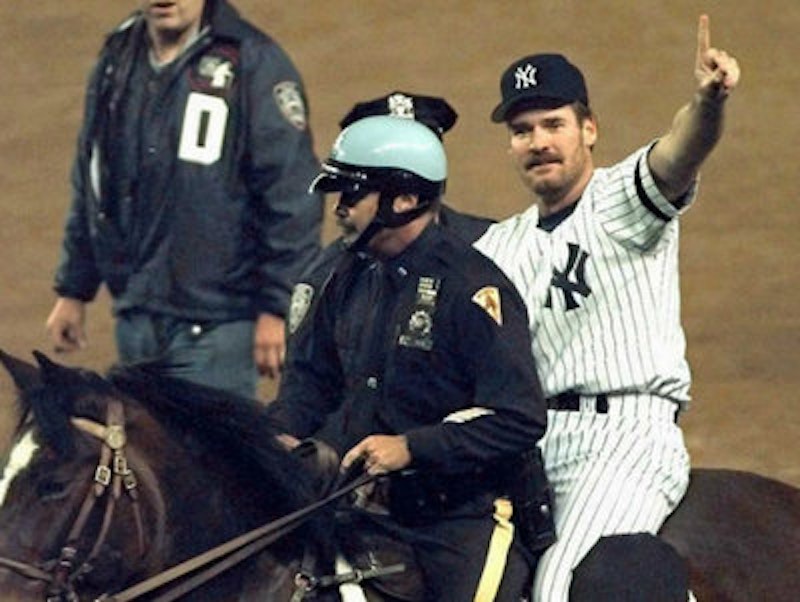 Major League Baseball season previews and predictions are now online versions of a Roman vomitorium at this point. I’ve decided to do an annotated edition of this annual sports journalism rite that is, as the horror novelists put it, most unspeakable. Astros vs. Nationals is many a consensus from various mainstream media ham and eggers as the D.C. nine always has a stranglehold on winning the preseason every year since Damn Yankees was first staged. I’ll use book excerpts, many of them quite random, to classify 2017 finishes for each franchise. Where would the excess testosterone of Jason Werth and Bryce Harper end up? Perhaps Anne Bronte knows? Perhaps not.

The format, then, is a quotation from any book from my library, followed by a grouping of teams falling under the spell of the excerpt. All references guaranteed to be obtuse or at least obfuscate.

“The rest of the news came out in the morning paper: Murray, with six bullets in him, was not yet dead.”—William Kennedy, Legs, page 149.

You would think the team with Josh Hamilton still on its roster might make this list, but in the spirit of seedy Albany, I would instead place the former Colt .45s of Houston on this list as the Mariners will probably prove too much for Houston to handle in the AL West. In the National League, the Reds will bleed out slowly as will the Atlanta Braves despite their mix of Brandon Phillips and a bunch of youngsters.

“Others interested in the welfare of the United States also spoke to Toots before he took off on Pan Am with Baby and Baby’s traveling companion, Chief Justice Warren’s daughter Virginia.”—Bob Consadine, Toots, page 134.

This paean to legendary New York saloonkeeper Toots Shor has old-school baseball written all over it until the Warren Commission enters the picture. That’s why the Texas Rangers will once again disappoint, as will the Nationals and the New York Yankees, long-ago regular hosts to the former owner of the failed USFL New Jersey Generals franchise who is now our president. Greg Bird will be fun to watch as the Bronx reincarnate of Shane Spencer and Kevin Maas, but other than that it will be like reading legal briefs in the AL East where the Blue Jays have the keys to the attic, barely fighting off Bostonians who will no doubt Tom Brady their way into the Wild Card scenario.

“We’re like lightbulbs. If bliss starts growing inside you, it’s like a light. It affects the environment.—David Lynch, Catching the Big Fish; mediation, consciousness, and creativity, page 105.

This falls clearly in the realm of the San Francisco Giants and their many failed theories about calendar numerology and the durability of shortstops and third basemen who resemble cartoon wrestlers. Flowing EST-attending new age and mindful Dodgers fans will probably see their moneyed team prevail again. Born in Japan, military kid Dave Roberts is still at the helm and might not have much patience for continued antics from Cuban outfielders. Clayton Kershaw will put down the Subway sandwich and carry the Dodgers all the way to the World Series this year.

“If we’re not very good at noticing or remembering the details of scenes that occurred, an even more serious issue is recalling something that never happened at all.”—Leonard Mlodinow, Subliminal: How Your Unconscious Mind Rules Your Behavior, page 74.

Is this a reference to Mets fans thinking David Wright will play 154 games at third or Pirates fans thinking Andrew McCutchen’s down year last season was actually five down years in a row? Can MLB apply this to the replay rules? Will all of the new young umpires enforce old rules and call on base coaches to remain inside chalked coach’s boxes? With Mike Ilitch in the grave and the Crow flying over rancid Detroit once again, the Tigers will win the World Series in 2017 defeating the aforementioned Dodgers. You heard it here first: now go buy cheap pizza online and brag about it to your “friends.”

“What has always astounded me about Burroughs was his complete indifference to other people’s comfort, and especially towards Joan.”—Herbert Huncke, Guilty of Everything, page 90.

I still bristle when I have to hear about the Cubs and the whole Aroldis Chapman rental last autumn. I think it takes away from Theo Epstein’s Forbes magazine creds. There are no repeats unless Fox Sports says so and they’re leaning in other directions this summer; perhaps a Mike Trout justification as the Angels magically right the ship and get Chapman post-Labor Day. Burroughs being a St. Louis guy has ruined Mike Matheny’s hunting knife legacy and things won’t add up on the family adding machine, just ask whining Kolten Wong. Huncke was a Massachusetts guy, but Jack Micheline, one of his contemporaries, was a Bronx dude, so I’m going to side with him. I caught the tail end of one of his readings at The Right Bank bar in Williamsburg in 1993. He read a piece called “Hiding Places” which brought me to tears and sent me to a Chinese takeout and then to an ex-girlfriend’s apartment in Park Slope where she let me in at 2:40 in the morning. Micheline’s poem also reminds all non-American League Eastern Elite fans to hide or attend silent retreat workshops during the jersey retirements of David Ortiz (June 23) and Derek Jeter (May 14, Mother’s Day, can you believe this shit?)

“Westye Bakke’s style was dignified, bordering at times on the austere. Although he was close to the workers, he was never a ‘pal’.”—Ellen D. Langill, Sub-Zero at Fifty; a history of the Sub-Zero Freezer Company, Inc. page 69.

Frozen in time are the Cleveland Indians, still struggling with a red-faced PR logo disaster, and the Oakland A’s. They’ve got a team president named  David Kaval who is a Stanford guy having suffered through Major League Soccer employment at San Jose where the resulting dementia has convinced him to lower beer prices in Oakland and not move the team to Las Vegas despite the raw sewage flowing through the clubhouses. Other entries for the deep freeze include the away-fan festival at Tampa Bay Rays home games and the empty seats at the All-Star Game this July 11 at Marlins Stadium which may be taken over by ironic Montreal Expos fans who really believe their perpetual self-loathing will bring their franchise back to the crashed UFO at 4141 Pierre-de Coubertin Ave.

“The school’s eldest students, nine ninth grade boys, studied in the back of a scorched armored personnel carrier that had had its treads blown off my an antitank round.”—Greg Mortenson and David Oliver Relin, Three Cups of Tea; One Man’s Mission to Promote Peace One School at a Time page 288.

Sounds like a night watching the Phillies in mid-August. I still think Philly will impress early like last season but certainly fade by the time Tim Raines and his back-pocket cocaine vial are inducted at Cooperstown on July 20. Also, the Chicago White Sox will continue trading their best players to East Coast contenders for mere songbirds or perhaps the latest White House homicide stats for Cook County which are now being calculated and maintained by the analytics team at the Society for American Baseball Research.

“During the run to the spot where I stand at now I witness the merchants locking their doors and pulling down their front-gates in anticipation of looting.”—Dennis Sinned, The September Apocalypse, an Eyewitness Account of the Sept. 11th Disaster, page 53.

The days of diamond takeovers and on-field fan rioting certainly ended forever when Wade Boggs mounted that NYPD police horse back in October of 1996 in the Bronx. Now everyone is a well-behaved Lutheran at Target Field in Minneapolis, watching the Twins implode for another campaign of 100-plus losses which receives light applause and a hummed version of the hymn “I Know That My Redeemer Lives.” And who can forgive the Arizona Diamondbacks for ruining the 2001 World Series “heroes” storyline when they disrespected Mariano Rivera by getting a game-winning broken-bat rbi single off him? Certain teams this season will also be victims of World Trade Center 7-style squib explosions: The Royals, Colorado Rockies and the San Diego Padres.

“Against the doctor’s instructions, Nurse Gore took the unopened bottle of Valentine’s Meat Juice, which Edwin had produced from a table on the landing, and gave him two teaspoonsful in water.”—Shirley Harrison, The Diary of Jack the Ripper; the Discovery, the Investigation, the Debate, page 139.

Ryan Braun’s urine sample proves no team has benefited more from misplaced fluids than the Milwaukee Brewers who jumped leagues a few years back like Jack the Ripper jumped White Chapel ladies in 1880s London. There’s a lone busker who plays saxophone on the main corner in Rhinebeck, NY, who tells people he is a descendent of Francis Tumblety, who was a main suspect in the Jack the Ripper case. And Nurse Gore was probably an Orioles fan, admiring the anal-retentive aplomb and detailed work of germaphobe manager Buck Showalter who probably poo-poos unclean streetwalkers as well.