Would $444.5 Million Make the Orioles a Contender? 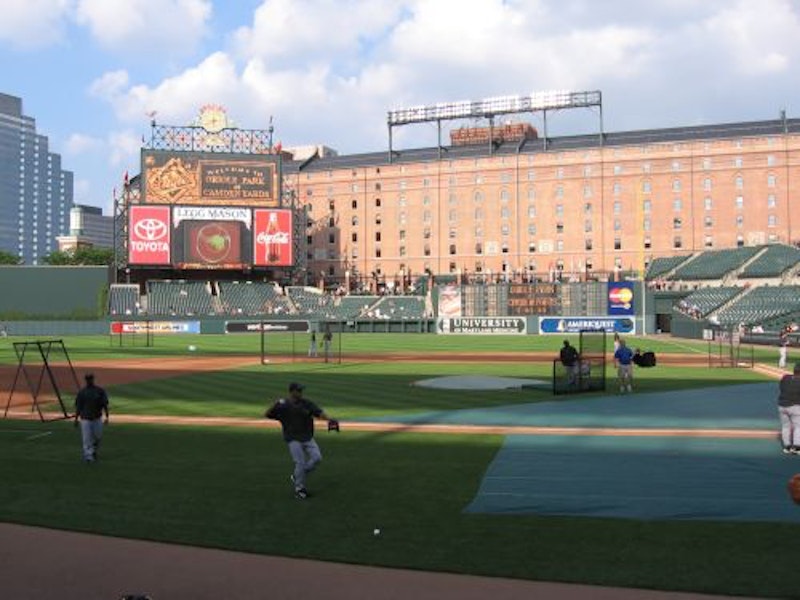 The Baltimore Orioles’ new GM Dan Duquette has his work cut out for him. He was out of Major League Baseball for nine years before the Orioles pulled him off the scrap heap recently and tasked him with turning around a team that has spent 14 years mastering the art of losing. Only time will tell if Duquette has the power to make lasting changes but history suggests he’s probably just along for the ride. He’ll collect a hefty paycheck to do owner Peter Angelos’ bidding for a few years before slinking off to the safe confines of ESPN, the MLB Network or to resurrect the Israel baseball league.

Duquette’s plan for the O’s will likely be a multi-step three-to-five year rebuilding process. A process he won’t be able to fully implement or stick around long enough to complete. Actually, rebuilding is the wrong term since the team was never really built in the first place; teams that lose for 14 straight years aren’t rebuilding, they just suck.

In the offseason following the 2008 baseball season the Yankees went on a budget-be- damned spending spree. GM Brian Cashman inked three big free agent prizes to multi-year deals in hopes of restoring the Yankees to glory. The 2008 Yankees won 89 games but missed the playoffs. The thought of missing the playoffs for a single season was apparently too much to bear as Cashman handed out contacts totaling $444.5 million dollars to C.C. Sabathia, Mark Teixeira, and A. J. Burnett.

If, perhaps in some alternate universe or bizarro Birdland, Angelos gave Duquette a key to the MASN vault could he take $444.5 million and make the Orioles into a contender? Baltimore won just 69 games last season. Let’s see if there is enough free agent talent on the market this year to make the Orioles a 90-win team.

Step 1: Sign 1B Prince Fielder—eight years/$200 million. Fielder is younger than Albert Pujols and solves the Orioles’ gaping hole at first base and in the middle of the order. Mark Reynolds would shift to DH and the O’s would instantly upgrade at two positions. Fielder has averaged about 4.5 WAR over the past three seasons.

Step 2: Sign 3B Aramis Ramirez—three years/$44.5 million. Ramirez is a pretty bad third baseman but he’ll look like Brooks Robinson to Orioles fans who suffered through Reynolds’ matador defense at the hot corner last year. Ramirez is still a potent hitter and would provide Fielder protection in the lineup. Ramirez has been all over the map for the past three seasons as his WAR has ranged from -1.2 to 3.6. We’ll mark him down for a 2.0 WAR in 2012.

Step 3: Sign P C.J. Wilson—six years/$100 million. Wilson isn’t an ace, but he’ll get ace money and he’s light years ahead of any current O’s starter. He’d immediately jump to the front of the rotation. Wilson has averaged a 4.7 WAR in his two seasons as a starter so we’ll pencil him in for 4.5 in 2012.

Step 4: Sign P Mark Buehrle—four years/$50 million. Buehrle’s been about as consistent as a metronome for the White Sox over his career. He’s familiar with the American League and would slot in nicely behind Wilson and in front of Roy Oswalt. Buehrle has averaged a little over 3.5 WAR for the past three seasons. He’ll soon be 33 so we’ll mark him down for a WAR of 3.0 in 2012.

Step 5: Sign P Roy Oswalt—four years/$50 million. Oswalt battled injuries with the Phillies last season but was solid when healthy. He was flat-out filthy as recently as the second half of 2010 when he posted a 1.74 ERA in 12 starts for Philadelphia. His WAR over the past three seasons has averaged about 3.5 so we’ll stick with that for 2012.

Wow, that was fun. I just spent $444.5 million of Uncle Pete’s MASN money. Let’s see what it got me besides a bunch of very expensive old pitchers.

Okay, so we bump that to 87 wins (yes, I know this is an inexact science and doesn’t take player regression, park effects, etc). An 18-win improvement in one season would be incredible, albeit ridiculously expensive in this case. It’s possible that some of the Orioles’ young players like Matt Wieters, Zach Britton and Adam Jones could progress enough to get this club over the 90-win mark. It’s more likely that Oswalt would break down and the team’s lack of depth would derail any playoff chances. Also, in three or four years the team would be saddled with large contracts for four players in their mid-30s. There’s really only one team that can carry that burden. They’re the same guys that spent the real $444.5 million three years ago. Regardless, it’s clear that Baltimore’s path to the postseason is not through free agency alone. Duquette needs to establish a pipeline of young talent to feed the major league team, something that’s been missing for over two decades in Baltimore. I’d love to see the Orioles sign Prince Fielder and C.J. Wilson as much as the next guy, but they ain’t coming to Charm City.