Wins Are For Losers

Wins are one of baseball's most flawed and misleading statistics. 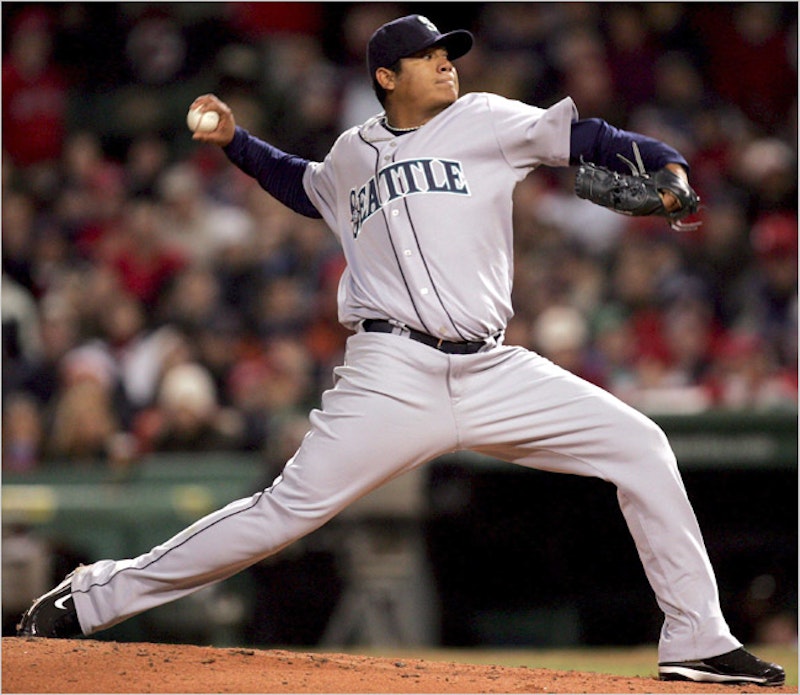 The point is moot: the amount of wins a pitcher records over the course of a season is meaningless, and always has been. But now that more advanced metrics are available to properly evaluate hurlers, there is no use for the Win-Loss column. The whole idea is ridiculous; judging the quality of a player should be based on his own merit, not the ability of the hitters around him. Recently, this issue has been addressed, although old-timers are slow on the uptake. In 2008, awarding the Cy Young award to Zack Greinke was controversial just because he had just 16 wins, as opposed to Justin Verlander, who won three more games. Felix Hernandez’s 2010 Cy Young (13-12 record) was another step in the right direction. However, Verlander proved that sports writers still care about the W last year.

Yes, the Tigers’ ace was far and away the best pitcher in the American League last season and deserved the Cy. The MVP, though, which Verlander also picked up, belonged to Jose Bautista. Had Verlander not gotten extraordinarily lucky in the amount of run support he received in 2011, he wouldn’t have received nearly as many votes.

The whole concept of the “win” is flawed. All it accomplishes is establishing a very crude baseline of evaluation so people don’t have to decipher decimals on the back of their baseball cards. In fact, as endlessly reported by enlightened baseball writers, the statistic is by nature incredibly misleading. In 2010, Phil Hughes, who was worth 2.5 fWAR, won 18 games, while Greinke, who was worth double that number, won only 10 games, while losing 14. It’s no surprise that the Yankees had one of the strongest offenses that year, while the Royals were near the bottom in that category.

The Win is now a symbol for “old baseball,” the days before sabermetrics were widely used, when teams drafted a player simply because of a beautiful swing and intuition. Well, teams have moved on (at least the smart ones have), and now it’s time for fans, and more importantly, reporters, announcers, and managers to follow suit. I cringe when the first stat thrown out before a ballgame is the starter’s record. It happens all too often. The important statistics should be emphasized at all times, like ERA (which will soon be taken over by FIP, SIERA, or another like it), innings pitched, and strikeouts.

What does the statistic even accomplish? Sure, they can tell you a little bit about a pitcher: how lucky/unlucky they’ve gotten and roughly how good the team as a whole is. The latter isn’t even fully true, as Cole Hamels, who plays for Philadelphia, the reigning NL East champs (a team that won 102 games in 2011), only recorded 14 victories. No, in fact, Win-Loss records have a negative effect on the game, as they force assumptions on you. Looking at an 18-6 record you can surmise that the pitcher had a fairly low ERA, right? Absolutely not, but that’s what announcers and sportswriters force us to do when it’s the sole stat they reveal. The only way to fix that is by full-blown annihilation. The stat needs to be killed. This may seem a tad drastic, but websites like MLB, ESPN, and Fangraphs should stop displaying the Win-Loss column as the first statistic on a pitchers’ scorecard.

It may be easier to simply glance at the number of wins Jon Lester has to determine how effective he’s been, but the information you leave with will likely be inaccurate.