Where Have You Gone, Mike Mussina?

One more reminder that the Orioles suck. 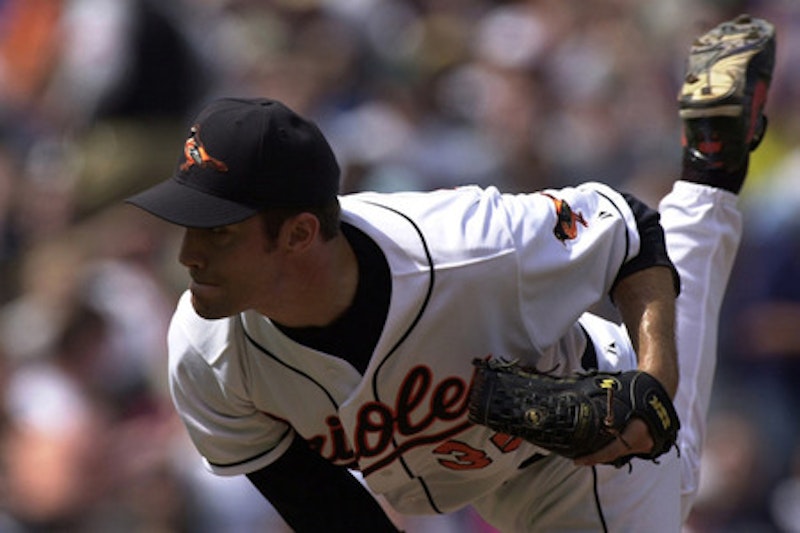 Earlier this week the Baltimore Orioles announced that former ace Mike Mussina will be inducted into the team's Hall of Fame. Mussina was the Orioles' rock for nearly a decade before signing with the Yankees as a free agent following the 2000 season. Mussina's departure was a shock to the system for Orioles fans and his Hall of Fame induction is sure to open old wounds.

I was a huge Mussina fan. I still vividly remember the day he made his big league debut, a 1-0 defeat to the White Sox powered by a Frank Thomas home run. I was in Cooperstown, New York that weekend visiting the National Baseball Hall of Fame with my dad, brother, and nephew. Mussina didn't arrive in the Majors with the fanfare of Ben McDonald but he was billed as polished and dependable. His performance matched that description from the start. Despite his career long struggles with the “The Big Hurt,” Mussina was the best pitcher I have ever seen in an Orioles uniform. Mussina was to be my generation's answer to Jim Palmer.

A funny thing happened to Mussina on his path to Baltimore sports immortality. He changed uniforms, seemingly by choice. Cal never left. Brooks never left. Palmer never left. Johnny U only left because he was forced out and traded to the Chargers. Mussina's departure was voluntary and devastating.

The Orioles had allowed Robbie Alomar and Rafael Palmeiro to leave as free agents after the 1998 season. By the fall of 2000 the team had still not adequately filled their respective positions. Cal Ripken was rapidly approaching retirement. Mussina was the one link to the recent glory of 1996 and 1997, and the lone bright spot for the future. The prevailing thought seemed to be that there was no way the team would allow Mussina to leave. They simply couldn't afford to lose him. Only they did.

My dad and I had been season ticket holders for nearly a decade when Mussina bolted. We stuck around through the Davey Johnson and Jon Miller debacles and watched Raffy and Robbie leave. Mussina’s departure was the last straw. I was upset with the ballclub for allowing Mussina to leave but most of my ire was reserved for “Moose” and his new pinstriped uniform.

Mussina has been gone from Baltimore longer than he was here. Most of the fans who boisterously chanted “Cito sucks!” in support of “Moose” spending the 1993 All-Star game strapped to the bullpen bench have been numbed by a decade of losing baseball. The Orioles Hall of Fame announcement has been met with mixed results. Frankly, I’m amazed that some people still care enough to mount a protest to the decision to honor Mussina. The past 10 years, and excerpts from John Feinstein’s Living on the Black, are all the evidence Baltimore fans should need to let Mussina off the hook. The departure of Baltimore’s best pitcher since Palmer falls squarely on the shoulders of Peter Angelos.

I’m not thrilled that Moose went to the Yankees but he clearly made the right decision. Hell, I wish I could go to the Yankees. I won’t be there at Camden Yards on August 25 for Mussina’s induction. My absence won’t be out of protest or disdain for Mussina’s departure, but out of apathy for the Orioles. And that’s the real shame.