Who Would Even Want to Be the Next Orioles' GM?

With Peter Angelos still controlling the franchise, it's hard to say. 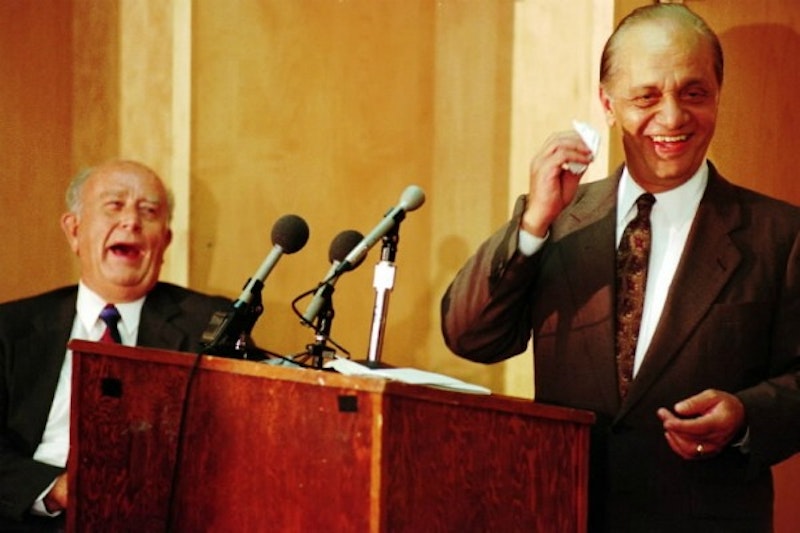 In the wake of Andy MacPhail's decision to leave the organization when his contract expires later this month the Baltimore Orioles have compiled a list of candidates to be interviewed for the club's general manager opening. According to ESPN's Buster Olney the list includes Gerry Hunsicker, JP Ricciardi, Dan Jennings, Thad Levine, and Tony LaCava. You might as well throw in the Tooth Fairy, a talking unicorn and Jesus H. Christ himself. I hate to be a naysayer but the identity of the next Orioles' GM matters about as much as my choice of boxers tomorrow.

As long as Peter Angelos is in control of the franchise the culture of losing will never change. The interviews with the GM candidates haven't even started and already there is ambiguity about the front office hierarchy. Where does manager Buck Showalter fit in? Who reports to whom? Do Buck and the GM both report to Peter? Heaven help us.

There was even some speculation that Angelos offered Showalter the opportunity to become the GM, or operate as both the GM and manager. First, why would you hire an experienced manager like Showalter and then move him to a position that he is completely unfamiliar with? You wouldn't hire a first-rate tax accountant to paint your kitchen. You wouldn't sign a top-flight starting pitcher to play third base. It doesn't make a bit of sense, which is likely why Showalter declined the offer, but it is further indication of Angelos' continued ineptitude when it comes to running a baseball franchise.

With that defeatist rant out of the way, I hope the Orioles hire Hunsicker, currently the Tampa Bay Rays Senior Vice President of Baseball Operations. Hunsicker is 61 so he doesn't fit the wonder boy trend of recent front office hires. He does have an impressive resume that includes a nine-year stint as the general manager for the Houston Astros. During Hunsicker's tenure the Astros won their division four times and finished second another five times. Most recently Hunsicker has played a major role in the Rays’ impressive scouting and player development successes.

While LaCava or Levine may be the hot young candidates it is unlikely that Angelos would give either of them the autonomy to fix the Orioles' mess. Hunsicker would be more along the lines of Pat Gillick, the Hall of Famer and former Oriole GM. Hunsicker should have the track record and credibility to allow Angelos to fully turn over the baseball operations.

I'll put my money on Levine, currently the Texas Rangers' assistant general manager. Levine, who will turn 40 in November, grew up rooting for the O's in Alexandria. He no doubt remembers some of the team's glory days and would relish the opportunity to restore the O's to respectability. Levine's time in Texas briefly overlapped with Showalter so they do have some work history. My fear is that Angelos would run roughshod over Levine and the front office would get bogged down in the same old crap we've become all too accustomed to.

Regardless of whether the choice for general manager is Hunsicker, Levine, LaCava or some other as yet unidentified candidate the only hope for an Orioles turnaround is for Peter Angelos to change his ways. It doesn't matter how many games the O's win next year because Angelos will still get his MASN money. He'll also get a bunch of the Nationals’ MASN money. Until Angelos makes winning the organization's top priority the O's will be stuck in reverse. Same old shit, just reheated.