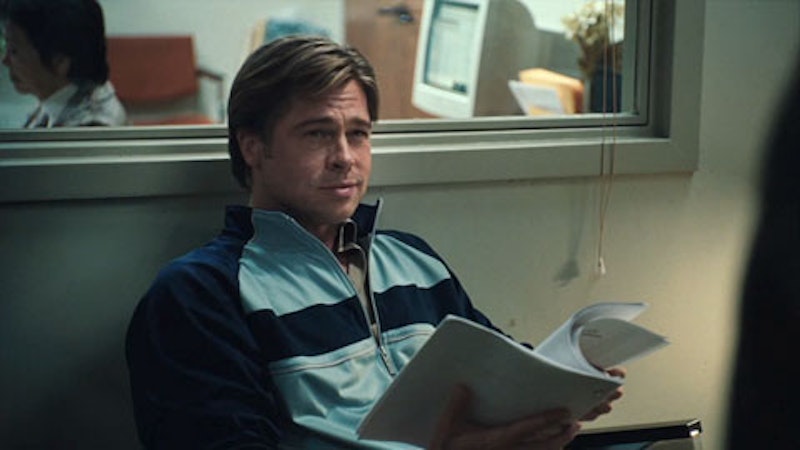 Hello, I’m Joe Morgan. Now that I'm no longer working for ESPN, I have much more time on my hands. It’s enjoyable. I've tried some new things: knitting, kite-making, and, on occasion I’ve even read a few books. But one thing I won't do—never—is go see the movie Moneyball.

Only Billy Beane would have the gall to make a movie about himself. Also, Moneyball is really, really bad. So bad I won’t see it. It says that computers can win baseball games but I know that that isn’t true. Baseball players win baseball games, not computers. Computers can’t even win computer games unless you tell them to win by picking up the computer mouse and talking into it. But if you unplug the computer then it still can’t even win computer games, let alone baseball games which are much more difficult to win. See what I’m saying?

I remember this one time when I was playing on the Reds and Johnny Bench was headed up to bat. I leaned over to him and said, “beep boop beep beep boop.” And sure enough, Johnny hit a homer on the first pitch. Let’s see a computer do that!

Listen, I’ve been around The Game my whole life. I played baseball since I was both a sperm and an egg. Back then I could pitch to myself, but after fertilization things got much tougher. I’ve played little league baseball, high school baseball, college and then major league baseball. Show me a computer who has played that much baseball! You can’t! So how could a computer know as much about baseball as me, Joe Morgan?

As for the movie Moneyball, it stars Billy Beane as a handsome computer that knows more about baseball than a Hall of Fame second baseman who spent his whole life in The Game. Beane starred, directed, wrote and filmed the movie, which shows how the Oakland A’s won the World Series after Beane was bitten by a radioactive spider, took his family on a very silly cross country vacation, and then died on the Titanic. Then he became a baseball knowing cyborg robot who infected his players.

But you knew all that. I did too because I’ve seen the previews on television even though I’ve shielded my eyes and sung the lyrics to “Take Me Out To The Ballgame” as loudly as I can to avoid it.

So you might be asking, why Joe, did you agree to review a movie you refuse to see? Is it because you’re an angry old man with a limited intellect who, in a profoundly sad irony, doesn’t understand the game he spent his whole life playing? Ha ha! Why would you ask me that? Of course not. I want to draw attention to playing The Game The Right Way and also I’m waiting on some kite materials to arrive. I hope Billy Beane is happy that he has written and starred in a movie that glorifies computers playing baseball. But I will not ever go to see the movie because I don’t see movies like that. I hope you won’t either.