The best of the best, in review. 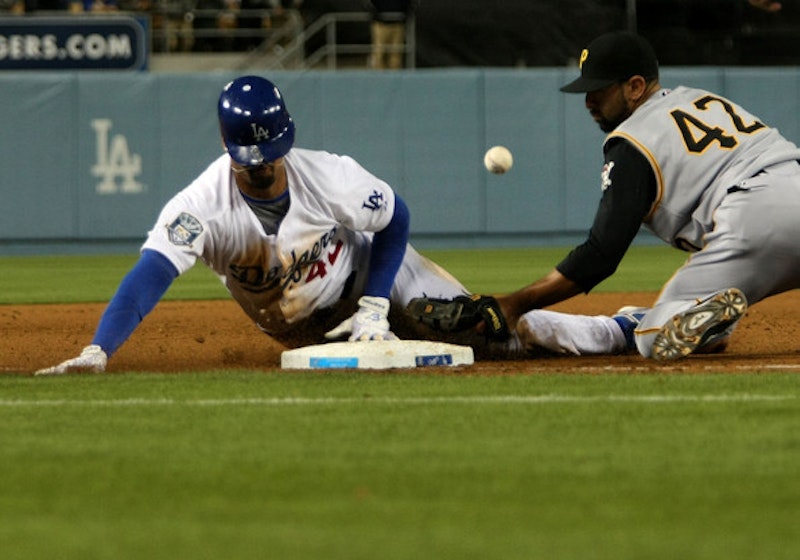 There's been a lot of talk about Detroit Tigers pitcher Justin Verlander as a leading candidate for the American League's Most Valuable Player award. I've never been big on the concept of a pitcher winning the MVP award; unless there are no deserving candidates among position players or the pitcher's contribution was historically significant. Verlander no doubt had a spectacular season but he didn't single-handedly propel the Tigers to the playoffs. He had a lot of help from Miguel Cabrera, Alex Avila, Victor Martinez and Doug Fister. Furthermore, Verlander's statistical performance this season was not one for the record books. He's the clear frontrunner for the AL's Cy Young Award, but there are many deserving MVP candidates.

The Red Sox’s September collapse all but eliminated Jacoby Ellsbury, Adrian Gonzalez and Dustin Pedroia from MVP consideration. They all had excellent seasons but Boston still failed to make the postseason. Also, the fact that they played on the same team diminished their individual value. Another victim of playing in a stacked lineup is New York Yankees center fielder Curtis Granderson. Other players would kill to hit in front of Robinson Cano, Mark Teixeira, A-Rod and Nick Swisher. Granderson lead the AL in runs and RBIs and clubbed 41 homers but his .262 batting average and occasional defensive mishaps are detractors. Verlander's Detroit teammate Miguel Cabrera put up another stellar offensive season, posting a staggering 1.033 OPS to go with his league leading batting averages and on base percentage. Quite simply, Cabrera is a monster who seems to be getting better with age.

But Jose Bautista of the Toronto Blue Jays was the American League's best player in 2011. In addition to leading the AL in home runs for the second straight season, Bautista also led the league in walks, slugging percentage, intentional walks and OPS (a career high 1.056). The Jays did not contend for a postseason berth but that should not detract from Bautista's candidacy. If I had a ballot I'd put Bautista at the top with Cabrera a close second.

Just as in the AL, the National League's best player in 2011 played on a non-contender. Los Angeles Dodgers center fielder Matt Kemp was the best player in the NL this season. The Dodgers posted a disappointing season despite having the league's best player and pitcher, Kemp and Clayton Kershaw. Don't let the Dodgers’ struggles cast a shadow on the performance of either of these terrific young players. Kemp led the NL in home runs, RBI, runs, and total bases. Oh yeah, he kicked in 40 stolen bases to boot. Justin Upton, Lance Berkman, Albert Pujols and Prince Fielder all posted excellent seasons for contenders but none of them could match Kemp's all around performance.

The only real competition Kemp faces for the MVP award is Milwaukee's Ryan Braun, an equally devastating hitter who lacks Kemp's defensive or base stealing prowess. Braun is a terrific hitter and has been a delight to watch in the postseason but he does hit in front of Fielder. Kemp has no such luxury with the disappointing Dodgers.