The Orioles Should Consider Theo Epstein

The Boston GM may join the Cubs, but I know another ailing team that could use his help. 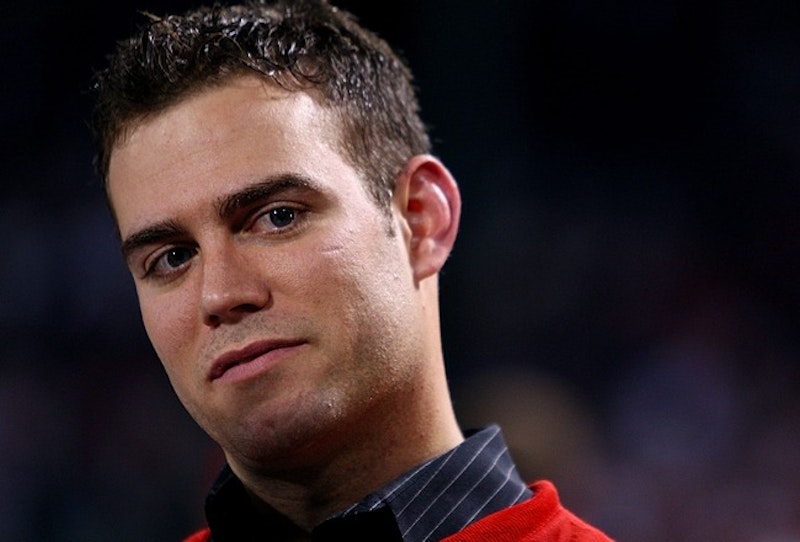 The rumors are swirling. Boston Red Sox General Manager Theo Epstein, architect of two World Series winners, is supposedly mulling over an offer to take the vacant GM position for the Chicago Cubs. Baseball's ultimate sad-sack franchise, the Cubs haven't won a World Series since 1908. They haven’t even participated in one since 1945. In the great song, “A Dying Cub Fan's Last Request,” Steve Goodman sings, "The last time the Cubs won a National League pennant was the year we dropped the bomb on Japan." Goodman last sang those lyrics in 1984 and the Cubs haven’t won anything since.

Despite over a century of futility, the Cubs play in a large market, a historic ballpark and have a passionate fan base. But, through decades of front office ineptitude, the team hasn't come close to realizing its potential on the ball field. They are, in a sense, the 2001 Boston Red Sox, a team ripe with potential, but without any idea as to how to turn that potential into results.

The Cubs offer a unique opportunity to anyone who can turn them into a winner. The ingredients are all there and it isn't difficult to imagine Epstein accepting the job and turning the Cubs into a perennial contender. Epstein knows how to revamp a team's front office, player development system and, despite recent returns in Boston, his track record of signing free agents is decent. And maybe there's the rub. We know Epstein can do all that because that's exactly what he did with the Red Sox. Would doing it again really prove anything? Sure, repeating it is a challenge. Epstein could be driven to prove his success wasn't a fluke, but the Red Sox have won two World Series under Epstein so nobody is claiming the guy got lucky.

Epstein is undeniably interested in a new opportunity, but I wonder if the Baltimore Orioles isn’t a better challenge than the Cubs. You're thinking, why in the world would Epstein take over the Orioles? Well, he probably wouldn't. Orioles’ owner Peter Angelos is, by all objective standards, awful. His constant meddling in team affairs has torpedoed many a GM, most recently Andy MacPhail, and most famously Hall of Famer Pat Gillick, who won a World Series with Philadelphia after leaving Baltimore. Angelos' track record of ruining other people’s work is a 20-foot tall flashing beacon warning away potential GMs.

But, if you think for a moment, that's really the only reason. Unlike some owners, Angelos has money and he isn’t afraid to spend it. He just has no idea how. He routinely wastes it on lousy, over-the-hill big name free agents, and bad long term contracts to middling players. Imagine if he reapportioned some of that money towards Epstein. The New York Yankees pay their GM, Brian Cashman, $2 million a year. Epstein's current contract figures aren't publicly available, but his prior contract was a three-year, $4.5 million deal. So the going rate for one of the best GMs in baseball is about what teams pay for a decent bench player.

Last season the Orioles paid Vlad Guerrero and Luke Scott a combined $14.5 million. Put it this way Orioles fans, would you have rather have had Theo Epstein or Vlad Guerrero this past season? If Angelos offered Epstein total control over all baseball operations and a four-year contract for $36 million, that would be a difficult deal to refuse.

The money would be the big drawing card, but the Orioles as a franchise aren't a total zero. They have a fan base that will fill Camden Yards every night if the team can ever figure out how to win some games. Epstein is used to Red Sox fans and the Boston media, whose passion, while financially positive for the team, creates a general hysteria. The Cubs are not much different in that regard, but the Orioles play in a smaller city where, even in the franchise's most successful seasons, they haven't approached the fervor of the fans and the Boston media. A more relaxed atmosphere could be a drawing card, something neither the Cubs nor Red Sox can offer.

If Angelos is serious about turning the Orioles into a contender, he needs the best players and the best players are acquired by the best minds in the business. The Orioles have been out-gunned on the field for decades because they’ve been out-smarted in the front office over the same period. Bringing in Epstein would change that. Only a team serious about wining would bring in the best and smartest and pay them the most for the honor of stepping aside and watching them work. Can Angelos afford to do that? Absolutely. Does his team need it? Desperately. Will he do it? I’m guessing we know the answer to that one, too.