Coach Turgeon has work to do, but the team has promise. 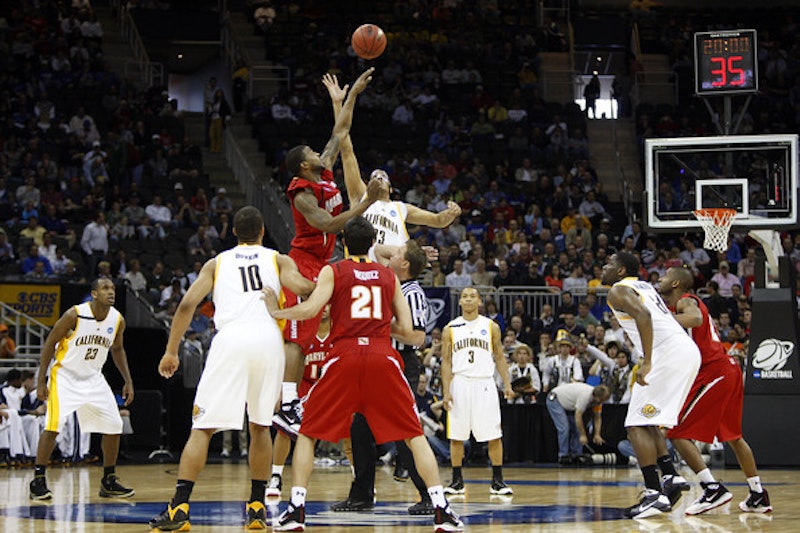 The Maryland Terrapins men's basketball team has been through a tremendous amount of turmoil since the conclusion of the 2010-2011 season. Future Hall of Famer, and championship coach, Gary Williams retired following a disappointing season that saw the Terps miss the NCAA tournament. Williams’ retirement was bittersweet for some Maryland faithful. He had done so much for the University and the program, but Williams no longer seemed capable of or willing to attract top prep talent.

In addition to Williams leaving College Park, sophomore forward Jordan Williams bolted for the NBA draft. The second round pick of the Nets was Maryland's leading scorer and rebounder. Williams’ production will be hard to replace for a Terrapins team that lacks an inside presence.

The current incarnation of the Terps was voted the ninth best team in the ACC during the league's media day on Oct. 19. Maryland ranked lower than such illustrious basketball programs as N.C. State, Clemson and Miami. I expect Maryland to struggle at times this season but I think they will be better than N.C. State and Clemson.

New Head Coach Mark Turgeon clearly has work to do. With Jordan Williams waiting out the NBA lockout Turgeon will turn to four unproven players to man the paint this season. Senior center Berend Weijs has reportedly added some weight to his 6'10" frame. He's gonna need it. Junior forward James Padgett played in Williams’ shadow for the past two seasons. He'll get his chance to shine with expanded minutes in the 2011-2012 season. Padgett has showed a knack for rebounding in the past. The Terps will need Padgett to be a beast on the boards to create second chance opportunities for their projected three-guard lineup. Sophomore Ashton Pankey missed all of last season due to injury. At 6' 9" and 220 pounds, Pankey will at least give Maryland another five fouls to use against North Carolina. Alex Len, the 7'1" freshman from the Ukraine, could be the key to Maryland's success this year. Len, who has yet to be deemed eligible by the NCAA clearinghouse, is reportedly very skilled and has excellent range for a seven footer. Len could give the Terps a fighting chance against Carolina and Duke's massive front courts.

Senior guard/forward Shawn Mosley will need to step up and claim a leadership role on this Maryland squad. Mosley came to College Park as a top ranked recruit and historic high school scorer but he has failed to live up to expectations. With Jordan Williams off the roster the young Terps will look to Mosley for leadership. He'll need to improve on his shooting percentage and become more aggressive.

Turgeon has hinted at running a three guard, and possibly four guard, lineup at time this year. The strength of the team is sophomore guards Pe'Shon Howard and Terrell Stoglin. Expect the two of them to be on the floor together for major stretches along with Mosley and highly regarded freshman Nick Faust.

The 2011-2012 basketball season likely won't make any Terps fans forget about the glory days but this team does have some promise. If Len is declared eligible, Mosley can step up, and Nick Faust can knock down the outside jumper, the Terps could make things interesting in the ACC.