Which MLB Offseason Deals Will Backfire? 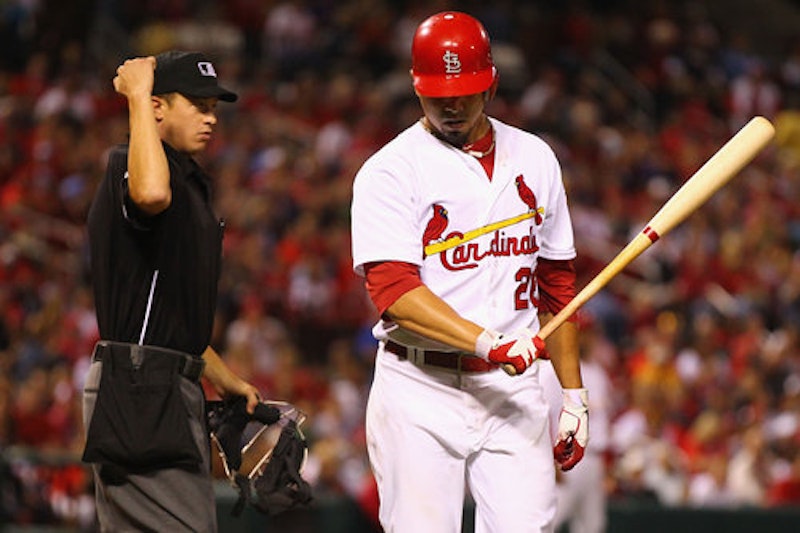 Now that spring training is in full swing, most free agents have signed and are prepping for the season with their respective teams (except for Kyle Lohse, of course). Not every club will be happy with their investment come July, though, as some of these players, as history suggests, will seriously underperform. Even though Albert Pujols finished the season with a 3.9 fWAR, can you really call his 2012 a success? After all, this is coming from the man whose lowest fWAR total from 2003-2010 was 7.5. To put that into perspective, only six players in MLB eclipsed 7.5 fWAR last year. Now Pujols is dealing with knee trouble and has required a “courtesy runner” to circle the bases for him this spring; the Angels are only one season into the 10 year/$240 million contract he signed last winter. That said, it’s possible, if not likely, the slugger could right the ship in 2013 with a season reminiscent of his Cardinals days.

The point: who could’ve guessed that the deal would work out this way? Did anyone predict the horrid outcome of the Carl Crawford contract? What about Alfonso Soriano? John Lackey? Jayson Werth’s tenure with the Nationals is on a so-so level. Undoubtedly, there will be a few notable signings from the 2012/13 offseason that will go wrong; let’s look at a couple possibilities:

Shane Victorino, Boston, three years/$39 million: Should this one even count? Nearly every baseball pundit tore apart this deal the minute it was signed. No one expects value out of this deal. I don’t even know if Red Sox GM Ben Cherington figures Victorino will do well at this point. Sox fans can be optimistic, though, and point to his successful 2008-2011 seasons. Still, it’s more likely that this deal will be a bust.

Josh Hamilton, LAA, five years/$125 million: Most people would point to his history of substance abuse as a reason not to sign the oft-injured outfielder. I’d point to his injuries. When Hamilton is on, he’s easily one of the best hitters in the game, as evidenced by his 12 homers in May last season. When he’s off, though, which is more often than not, he’s really not that great. Without the motivation of free agency in 2013, I doubt we’ll see Hamilton at his best very often.

Michael Bourn, Cleveland, four years/$48 million: Like Crawford, Bourn relies on his legs to generate most of his value. Unlike Crawford, Bourn has almost no power to speak of. If he loses a step, or has trouble adjusting to AL pitching, Bourn will be a huge bust in Cleveland.

Zack Greinke, LAD, six years/$147 million: As the best pitcher available on the free agent market, Greinke commanded a high salary. The dollar figure isn’t what I’m concerned about, because if he’s healthy, he’s probably going to be worth the money. Greinke has consistency and youth on his side, so I wouldn’t be worried about straight under-performance. Injuries, however, are a different concern. Six-year deals are a risky investment for any team, but especially when they’re for a pitcher. Barring injury, this looks like a relatively safe deal.

Kyle Lohse, any team that signs him, any amount of money is too much: Seriously, he isn’t even that good. Who would give up a draft pick to sign this guy?