Will former Boston GM take lessons learned and apply them in Chicago? 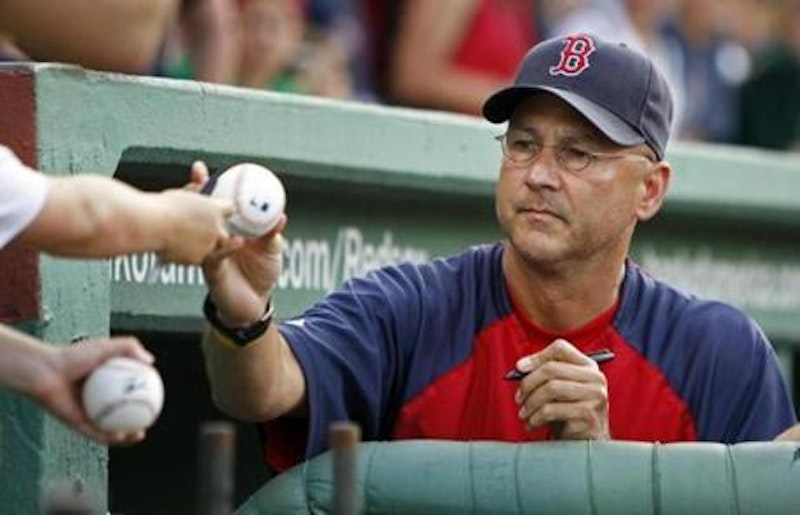 I recently finished reading Francona: The Red Sox Years by former Red Sox Manager Terry Francona and Dan Shaughnessy. The book is a fascinating, easy read that sheds considerable light on the rise and ultimate fall of the Boston Red Sox. It should be noted that the book has a decidedly pro-Francona slant, as one would expect, and generally paints the former Boston manager as a good guy done wrong. Francona comes off as guy you’d like to have a beer with or sit next to on a long flight. Oh yeah, you probably want him to manage your baseball team as well. (For another view of Francona’s book, from a Sox fan, go here)

As an Orioles fan I took particular delight in reading Francona’s version of events in Boston. The well-established notion of Larry Lucchino’s aloofness, majority owner John Henry’s obsession with the performance of David Ortiz against lefties, and Tom Werner’s desire to “win in more exciting fashion” are all interesting aspects of the Red Sox story that extend well beyond tales of chicken and beer. The book also gives Francona a chance to defend himself for the rumors that swirled about Fenway regarding his personal life during his final days in Boston. If the purpose of the book was to make Francona and former Red Sox GM Theo Epstein look like good-natured company men pushed around by egotistic out-of-touch owners, then mission accomplished. I’d like to read a more objective depiction of the Red Sox downfall but for now Francona: The Red Sox Years will do.

The Francona/Epstein relationship is covered extensively in the book. The manager and young GM reportedly overcame some early philosophical differences to establish a productive balance between Epstein’s data-driven baseball operations department and Francona’s personality-driven Fenway Park clubhouse. The book also gives considerable space to Epstein’s desire for a self-sustaining organization that churns out a high rate of productive young players and uses the free agent market as a way to augment the established core. Epstein speaks openly in the book about Werner’s obsession with the Red Sox television ratings and his insistence that the team win in more exciting fashion to maximize ratings. Epstein admits that the pressure pushed him into spending big for the ultimately disappointing trio of Carl Crawford, John Lackey, and Adrian Gonzalez. Epstein’s revelations in the Francona book shed considerable light on the future of the Chicago Cubs.

Epstein has the type of Lucchino-free carte blanche in Chicago that he desired in Boston. What does that mean for Cubs fans? Well, don’t expect to see Robinson Cano in the Wrigley Field home dugout anytime soon. It also means that last winter’s whiff on Prince Fielder was less a free agent miss and more of a strategic business decision. If you listen to comments from Cubs’ owner Tom Ricketts it’s clear that Epstein has full authority over the baseball operations and ownership doesn’t see chasing free agents as a sustainable model for a competitive baseball club. The Cubs made several small moves this offseason and picked up numerous incremental upgrades along the way. Epstein and GM Jed Hoyer focused on undervalued assets like Japanese relievers, the lefty-mashing Scott Hairston, pitchers coming off injuries, and defensive stalwart Nate Schierholtz. The Cubs’ individual moves may not be overwhelming but they came at a low cost in terms of total dollars and contract years, didn’t involve draft pick compensation, and provided immediate upgrades to the Major League roster. The Cubs may not win a playoff spot in 2012 but they will be more competitive.

Epstein did give $52 million to Edwin Jackson but the right-hander is a durable, established pitcher who has been undervalued for several seasons. Jackson was also one of the few free agent starting pitchers that wouldn’t cost the Cubs a draft pick. My guess is Epstein feels much better about the $30 million he forked over to Cuban prospect Jorge Soler than money he guaranteed to Jackson.

Theo Epstein earned the reputation as a boy wonder for his quick success in Boston. His blueprint for the Red Sox organization couldn’t withstand the negative influence of a meddling ownership group and a rabid, win-at-all-costs fan base. Epstein now has the chance to do it his way in Chicago where winning generally comes as a secondary notion to soaking up rays and suds in the Wrigley bleachers. If Epstein is able to deliver a winner to Chicago it will be interesting to see if he can maintain the self-sustaining baseball machine he envisioned for Boston and resist turning back to the tempting fruits of free agency.