Put a Stake Through the Yankees' Heart

2013 could be the year when New York falls apart. 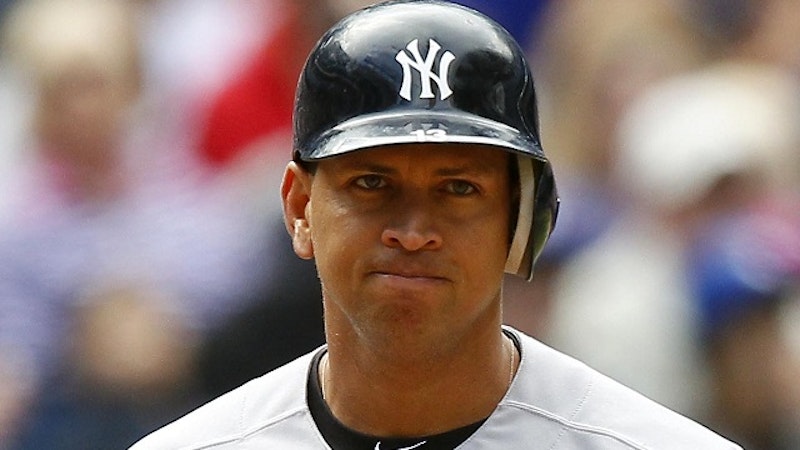 ESPN’s Buster Olney wrote The Last Night of the Yankees Dynasty back in 2004. The book focused on New York’s dominant run from 1996-2000 when the franchise captured four World Series titles in five seasons. Olney’s title was a bit premature. Sure, the Yankees didn’t win another title until the 2009 season, but the team has made the playoffs in 17 of the last 18 seasons. That dynastic run may finally come to an end this season.

Since the start of Spring Training New York has lost CF Curtis Granderson and 1B Mark Teixeira to injury; both stars could be out until early June. Alex Rodriguez might miss the entire season as he recovers from another injury to his troublesome hip. Derek Jeter is coming back from a broken ankle suffered in last year’s playoffs, a tough task for anyone much less a 39-year-old playing shortstop. Age has even caught up to New York’s GM Brian Cashman, who suffered a broken leg jumping out of an airplane for charity earlier this week.

The Yankees have been old for years. In fact, Yankee-haters have delighted in the club’s aging roster and eventual slide down the standing for several seasons. We’re still waiting.

As currently constructed the 2013 New York Yankees do not look like a playoff squad. The everyday lineup, with Granderson and Teixeira sidelined, looks more like a Mariners or Padres lineup than something you’d see wearing pinstripes. Rany Jazayerli did an excellent job for Grantland.com this week in breaking down the Yankees’ demise and strategic decision that left the team with no discernible starting catcher.

While competitors sought new ways (analytics, biomechanics, the study of injuries, International scouting, etc.) to compete with New York, the Yanks just went along clubbing the competition over the head with an oversized checkbook. The strategy has left the Yankees with an old team short on depth. It’s often argued that baseball managers have minimal impact on the final standings. Yankees fans better hope that isn’t the case, as they’ll need a magical effort from Joe Girardi to make chicken salad out of this bunch.

The Yankees won’t be able to call their farm system for reinforcements. Most of New York’s best prospects are in the lower minors while the current Yankees lineup features just three homegrown players (Jeter, Robinson Cano, and Brett Gardner). New York’s insistence on chasing free agents, and titles, at all costs has resulted in an unprecedented run of postseason appearances along with an aging roster susceptible to injury. It’s unlikely that the injuries to Granderson and Teixeira are the last of the season for New York. Imported third baseman Kevin Youkilis looks like a walking hamstring pull, future Hall of Famer Mariano Rivera is coming back from ACL surgery, and new DH Travis Hafner limped his way out of Cleveland after several injury-marred seasons. A few more setbacks could put Cashman into Dan Duquette mode as he searches the baseball hinterlands for productive contributors.

I’ll believe the total demise of New York’s Evil Empire when I see it. Hank and Hal Steinbrenner lack their father’s win-at-all-costs mentally but in fairness the team still has a payroll hovering around $200 million. A quick start from C.C. Sabathia, healthy returns for Jeter and Rivera, and fast recoveries for Teixeira and Granderson could propel the Yankees right into the thick of the 2013 AL East race. At this point New York looks better positioned for a fall than a resurgence but as a lifelong Orioles fan, I’m still nervous.