Wheels of a Golfer

We may get to see Tiger Woods play two or three more tournaments. 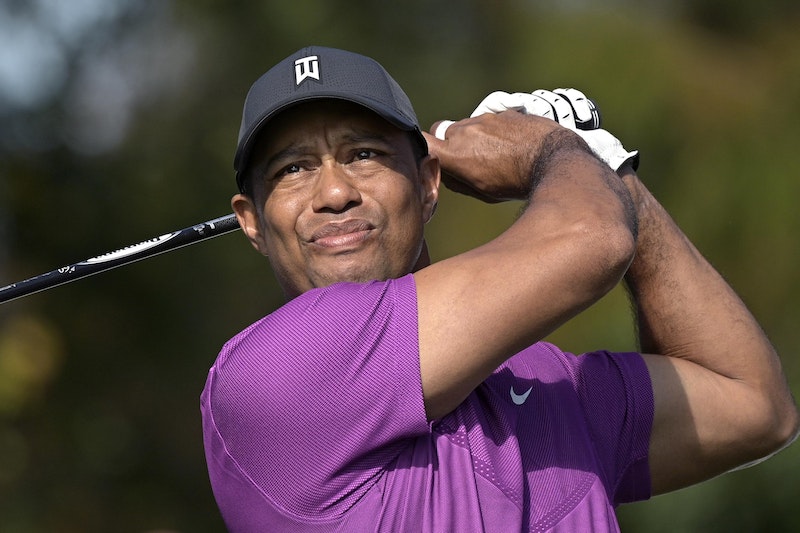 The professional golfer makes a name for himself at the Augusta National, winning multiple Masters tournaments. Add several PGA Championship wins, also victories at The Open and U.S. Open. His swing is often duplicated. Late in his career, he’s involved in a horrific February automobile accident which nearly kills him. We all know Tiger Woods’ story. But these are the facts for the career of Ben Hogan.

On February 2, 1949, Hogan and his wife Valerie were traveling in their new Cadillac outside of Van Horn, Texas. Records show the day was foggy, and the road was ice-covered. Hogan was unable to avoid a head-on collision with a Greyhound Bus. He broke his left ankle, pelvis and collarbone, along with other injuries including a cracked rib. Hogan’s recovery wasn’t smooth. Blood clots developed; one went to his lung. He wasn’t released from a hospital in El Paso for 59 days, and when he was let go, he was. unable to support his own weight.

Hogan was 36 at the time of his accident, and within a year, he was playing golf, maybe not at the top level, but was swinging clubs and walking courses. He also Captained the U.S. Ryder Cup team in the year following his accident. Less than 18 months after the crash, he won the U.S. Open at Merion, near Philadelphia. It took an 18-hole playoff to do it. The following year, 1951, he won the Masters, and followed that up with another U. S. Open championship.

Last February 23, Tiger Woods lost control of the vehicle he was driving, traveling at approximately 87 miles per hour. He “failed to negotiate a curve” and flipped the Genesis GV 80 SUV outside of the Los Angeles city limits. Woods was pulled from the vehicle and taken to the hospital where a rod was inserted to stabilize his right tibia, and a “combination of screws and pins” were used to address injuries to his ankle and foot. Woods was 45 at the time of the accident.

It’s important to remember that Woods had already cut back on the tournaments he appeared in before the pandemic. In 2019 he played in 13 events. He has played at a high level for so long it’s easy to forget that he had four back surgeries in a three-year span. As long ago as 1994 Woods had tumors removed from his right knee. In April of 2008 he had surgery on his left knee, later that same year he was told he had two stress fractures in his left tibia. The list of times under the knife is significant, including a spinal fusion in 2017, but he kept rehabbing and returning to competitive play.

In 2019,  22 years after his first win at Augusta, Woods comes to a rainy Sunday morning two shots behind leader Francesco Molinari. At 43, Woods becomes the second-oldest man to win a green jacket after Molinari lands in the water on the  12th hole and implodes. CBS’ Jim Nantz exclaims, “A Return To Glory!” after Woods’ putt on 18 falls into the cup. Given the off-the-course indiscretions, plenty of people didn’t jump back on the Tiger bandwagon, but as an athletic achievement, it’s almost without par.

Woods has changed the game, there is no doubt. The sophomoric tiff between Brooks Koepka and Bryson DeChambeau will never equal the thrills Woods brought to major tournaments, and to regular stops on the PGA Tour. His ability to take over a championship from six or eight stokes back is a tribute to his mental acuity.

At a press conference this week, Woods gave a sad account of his physical condition and where it may be headed. “I won't have the opportunity to practice given the condition of my leg and build up.” He didn’t say “I can’t compete at a high level.” We may get to see Tiger Woods play two or three more tournaments.