Professional athletes shouldn’t worry about fans when signing with a different franchise. 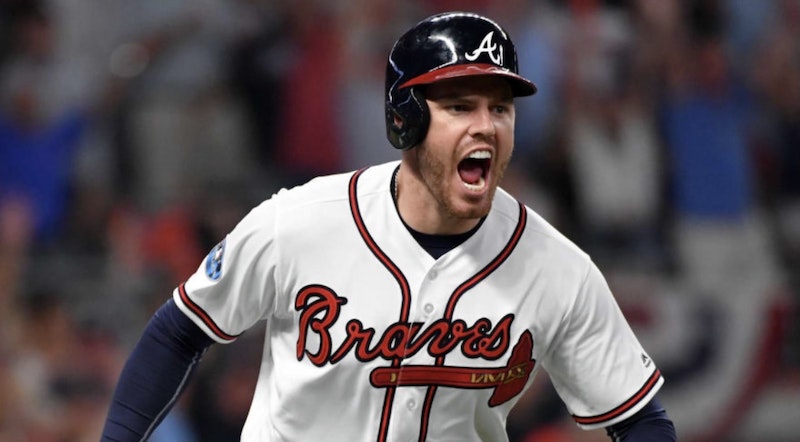 It’s been weeks since the Atlanta Braves won the World Series and first baseman Freddie Freeman has yet to be re-signed. It’s not for lack of effort from either party. The Braves have made offers. Freeman has rejected them. As a result, Freeman’s a free agent. While Atlanta may still be able to sign him to another contract, it’s possible that Freeman might be wearing another team’s uniform in 2022.

As a lifelong Braves fan, I’d be disappointed to see anyone from this year’s team play for another franchise. However, Major League Baseball’s a business. MLB players are the workers, and workers across America make all kinds of decisions on where they choose to work and why.

If you’ve worked in different places over the years, take a moment and consider why you switched. I’d bet that it was due to concerns including money, a change of scenery, or better opportunity for advancement. It might be that you wanted a new challenge with an upstart business trying to make some noise in the industry. These are among the reasons professional athletes change teams. They’re workers. They don't necessarily hold an allegiance to a team. In the case of MLB, a lot of big-name athletes today aren’t even playing for the team that drafted them. They might have been traded to their current team, but odds are they signed with that team for reasons I’ve already tried to establish.

If and when Freddie Freeman dons another team’s uniform, don’t be mad at him. Don’t say ugly things about him and his family. Maybe he wanted more money. Maybe he wanted a change of scenery. Maybe his spouse wanted to live there. Ultimately, it doesn't matter because it’s the player’s choice. Just like you made a choice to work where you work.

One of the worst cases of the “I don’t like him anymore” mindset that I’ve seen involved fans of NBA star Kevin Durant. When he chose to leave the Oklahoma City Thunder for the Golden State Warriors, there were news reports of fans burning their Durant jersey, recording it, and posting the video on social media. That was dumb. It’s still dumb.

I acknowledge the frustration that some people have when a player on their favorite team ends up playing for a rival. Think of Johnny Damon going from the Red Sox to the Yankees. The same thing happened a few seasons later with Jacoby Ellsbury going from Boston to New York. Meanwhile, Brett Favre went from the NFL’s Green Bay Packers to the Minnesota Vikings.

If you feel a need to burn someone’s jersey or stop rooting for a team because they let a player “walk away,” you might have a problem. You’ve become too engrossed with sports and athletes by living for them and following them constantly. If that’s you, take a break.